Margaret Rorison is filmmaker and curator from Baltimore, MD.  Her short films are intuitive investigations into urban and corporeal landscapes, the process of aging, memory, and concepts of absence. Her work has always been interested in the potentials of storytelling through the use of 16mm projection and sound, often collaborating with sound artists, exploring ways in which the image and machine can converse. Her practice is dedicated to the preservation of knowledge and community of... more
See 2018 $10,000 Mary Sawyers Baker Prize Winning Portfolio
View Margaret's Resume

A series of moments captured in room 139. Intimate spaces of time spent with my grandmother, Margaret during a month long recovery in a rehabilitation center in Baltimore, Maryland.

One Document for Hope

The sterile and procedural narrative of the Baltimore City Police Scanner recorded on Monday April 27 against precious moments of gathering, celebration and protest in Baltimore from April 28 – May 3, 2015.
Documentation: Margaret Rorison
Thanks to Karl Ekdahl for providing the BCP scanner recordings.
Baltimore, Maryland 2015

During a three week residency at Lichtenberg Studios in former East Berlin, I made a series of pencil and gouache drawings of various notable citizens who lived in Lichtenberg, Berlin throughout the years. The portraits include anti-Nazi fighters, former Stasi members, a nurse, actors, and members of the Social Democratic Party.

The drawings were hung in a public park across the street from the studio and Lichtenberg Museum, an area that is notable for it’s complex and violent past.

A series of hand processed 35mm black and white photographs taken during a residency at Lichtenberg Studios in Berlin, Germany, December 2016.  These photographs focus on the layers of historical trauma, industry that embed the landscape of Lichtenberg, Berlin.

PULL/DRIFT is a project that evolved into many parts.

For six months, Baltimore photographers/filmmakers Liz Donadio, Carr Kizzier, and myself documented the evolution and execution of this site-specific performance, which finalized in a gallery exhibition, Pull / Drift: In the Slipstream at Gallery CA from December 6 2013 - January 10, 2014.

The documentation that I captured from the dance performance became a 16mm film with a live sound accompaniment by sound artist, Josh Millrod. This piece premiered at Mono No Aware Festival of Expanded Cinema in December of 2013.

Throughout my documentation process of Pull/Drift, I focused on the flow of the human form and its relationship to its surrounding environments. I was interested in discovering a dialogue between limbs and hips, the curves of the land, the mechanics of flesh, the rhythmic channeling through water, grass and earth. I was captivated by how the development of motion sculptured a new sense of time and established a magical sense of ritualistic bliss.

This short film is a study of the monolithic wind turbines along the shores of Amager, Copenhagen. Triple exposed on one roll of color film, then finding four generations of grain. The soundtrack is a recorded live-improvisation by artist Mario de Vega using unstable media and acoustic resonators

The film is shot on one 100' roll of 16mm color film, all of which was composed and shot in-camera. The film is made of up single frames taken during extensive walks throughout the layered historical landscape of Berlin, Germany in April 2013.

The title, DER SPAZIERGANG (The Walk)  comes from a story by German-Swiss writer, Robert Walser.

“…in complete consciousness I understood what for me walking travel and cinema had in common. Sometimes I preferred walking, that is to say, talk
ing with my legs over speaking, which is to say, walking with my mouth- but basically, it’s the same thing”
-Serge Daney

SCANSION is a short 16mm film composed of extensive walks through various Baltimore landscapes. The film has been hand edited like a poem, where cuts function like line breaks, working to establish inherent rhythm and meter.

This documentation is an installation of my short film, running on a continuous loop with an accompanying surround sound speaker installation. The soundtrack has been compiled of field recordings taken on my walks through Baltimore City. Additional sound by C. Spencer Yeh and Lea Bertucci, voice by Kelly Laughlin.

A series of Van Dyke prints, documenting my grandparents' relationship after moving in with their daughter. 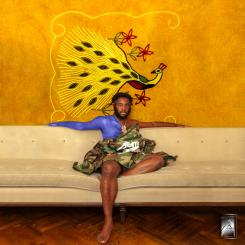 Here for It jacket cover 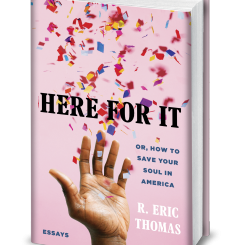