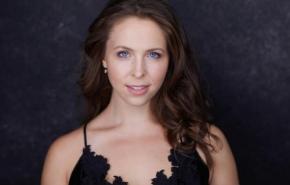 Working: The Musical in DC

Working in DC was my first theatrical experience in the DMV after the pandemic.  The production was directed and produced by Shanara Gabrielle, who guided us with her expansive vision of inclusivity.  Working is a piece that explores our relationship with our jobs: from the good, to the bad, to the ugly.  The diverse characters vary in age, race, and socioeconomic class.  I played six characters: a grocery clerk, a receptionist, a prostitute, a waitress, a cleaning professional, and an unemployed activist.  The experience brought me so much growth as a performer and as a citizen of this country.  Working in DC was an incredibly special project that took place during a critical time in our nation's history.  I am so fortunate and honored to have been a part of it.

From workingindc.org:
"With a celebratory performance at BLM Plaza on the streets of DC and by sharing 'the extraordinary dreams of ordinary people' through the lens of history, justice, activism, and the arts, Working In DC brings the spirit of the legendary Studs Terkel to life for the Washington, DC community. Proudly presented in collaboration with Labor Heritage Foundation, this project uplifts the working class during our pivotal time of racial justice reckoning, COVID-19, and political unrest.

Our site-specific, multidisciplinary, outdoor performance of Working: A Musical is paired with Something To Point To – our civic engagement and education programming. Join labor leaders and local artists in this unique and joyful cross-disciplinary celebration of frontline workers and the American labor movement through the songs of Stephen Schwartz (Godspell, Pippin, Wicked), James Taylor, Micki Grant, and Lin-Manuel Miranda (Hamilton, In The Heights)."

Press
"Working, A Musical is the sort of truthful theater that may prompt one to reflect on one’s own truth — the experience of one’s own workaday work life.  It’s also the sort of honest theater that makes plain the work it took to make it. After months of pandemic-imposed unemployment in the theater community, this outdoor production is a bold showcase of arts workers at work."
- John Stoltenberg, DC Metro Arts

"The production’s vivacity is an asset, too. Backed by a four-member band, the cast imbues the 14 songs with charm."
- Peter Marks, The Washington Post

"To change the typical structure of theatre production, Gabrielle and her team are facilitating deep conversation, conducting extensive implicit bias and anti racism training, and creating consensus for core principles centered in social and racial justice. To ensure accountability for these principles, Working in DC has become the first official Allied with Broadway for Racial Justice (BFRJ) organization in the region, creating oversight and practices with BFRJ to deconstruct racism and create a new theatrical community."
- Chloe Rabinowitz, BroadwayWorld

From 2018 until 2020, I had the opportunity to travel the world as a lead soloist with AIDA Cruise Lines.  This was the biggest job that I booked while living in NYC, and I had fought hard to acheive it.  But I had no idea the challenges or the adventures that awaited me.

AIDA is a German cruise line, and their entertainment headquarters are based in Hamburg.  I traveled to Hamburg to rehearse for two months, and then climbed aboard one of their many ships for six months.  We learned ten major productions in eight weeks, each show in a different genre: from rock, to pop, to disco, to Broadway.  At this point, my professional experience was limited to classical and musical theater - so I had a lot of new styles to learn, and fast.

My team was made of people from all over the world: Germany, Sweden, England, Ukraine, Brazil, India, and the Phillippines.  Our cast consisted of singers, dancers, and acrobats.  I learned elements of their languages, cultures, ettiquette, and senses of humor; and I benefitted from their diverse experiences and expertise.  I wouldn't trade my time with them for anything.

The shows were almost every night - days off were a rare luxury.  I was given the opportunity to build my skill and my stamina, and these were hard-won.

But as time went on, I began to feel confident in this new skillset.  In my second contract with AIDA, I went on to lead my cast in our rock show "Addicted to Love."  I also performed weekly in my own solo program, singing the works of Lady Gaga, Adele, Alicia Keys, Katy Perry, and more.  The effects of this work have been so rewarding.

Popular music is a very accessible artform, and it carries immense emotional weight.  It evokes memories, feelings, and a huge response in the people who hear it.  It's incredible to create that experience for an audience.  Today, I perform pop, rock, disco, country, and jazz in the Baltimore area with two different bands.  I'm working to create my own acoustic sets and solo programs.  I'm so glad to have the opportunity and skillset to pursue this artform, and I'm eager to see where it takes me.

Prior to the pandemic, I was based in New York City.  On March 13, 2020, I came home to my family in Baltimore, expecting to wait out the virus for two weeks and flatten the curve.  As we all know, those plans would change.
A few months into the pandemic, I was desperately missing performing and my friends in New York.  We decided to put our emotions to music, and collaborated on a video recording of Carole King's "You've Got a Friend."

Shortly after "You've Got a Friend," I envisioned a bigger project that included my friends and colleagues all over the world.  This was a huge collaboration that tooks months to create, edit, and complete.  "Uncharted" is a very special personal project that showcases some of my favorite talent around the globe.

Early in 2021, I had been a resident of the Baltimore area for a year, and was eager to get back to work.  After a casting process full of monologues, improv, and animated dialects, I landed the lead role in several commercials for Motivated Mornings.

This was my first experience behind the camera post-pandemic, and my first-ever commercial.  I had two days to research the company, memorize several scripts, and create a clever & charismatic leading lady.  On set, we filmed many different scripts and takes on the character, and I learned a new skill: the teleprompter.

The campaign was produced by Mwendo Films & CRY Productions.  After a great experience with these local filmmakers, I knew the Baltimore area had some really special opportunities to offer.

My voice and acting experience led me to study voiceover technique at Edge Studio in New York City.  There, I began recording audiobooks and e-Learning materials.  Once I settled in the Baltimore area, I worked hard to rebuild my recording studio and get back to work.

Before too long, I landed another commercial spot - this time for radio.  I recorded my first commercial for Natural Bridge Caverns in May of 2021.  In November, the company returned and asked me to record two Christmas commercials as well.  The technical aspects of voiceover work can be grueling, but the delightful energy of these scripts made the work so enjoyable!

Once my Baltimore recording studio was up and running, I connected with local artist Tom Oelschlager.  He was writing and producing an original rock album and wanted to collaborate on two songs.  One song was raw, driving rock; and the other was soulful Americana.  I really enjoyed the creative process of building these pieces from the ground up, and I’m so honored to have collaborated with Tom on his original album.

In August 2020, I met the love of my life in Sandy Point State Park.  Now, he's my partner, and we live together in Anne Arundel County.  As a passion project, I recorded this song for him.

In September 2021, I joined the cast of Go Away, a feature film produced by an independent production company in Virginia.  Here, I found myself on the set of my first horror film.

It was a new and unique challenge, and I learned so much - from film acting, to camera technique, to special effects makeup.  I had the opportunity to work alongside indie stars Thom Mathews, Felissa Rose, and Tuesday Knight, who led the production with expertise, grace, and great senses of humor.  And I felt so welcomed by the warmth and professionalism of production team.

I'm so happy to be a member of the Slasher 15 family!  The film will soon be heading into post-production, and I'm really looking forward to seeing the final product.

The most difficult part about pursuing a career in the performing arts is blending passion with business acumen.  To that end, I participated in many casting, business, and education programs in New York City.  One of these programs is called Reel Artistry.

Reel Artistry is designed to help musical theater actors understand the business, enhance their brand, and increase their chances of booking theater work.  The program involved casting discussion, repertoire coaching, wardrobe & makeup consultation, and the production of final videos to showcase your work.

These videos are a view into my artistic & business development in late 2017.

I Have Confidence & How Deep is the Ocean (2017)
Directed by Ben Holtzman
Performed by Emily Zinski
Metropolitan Room, New York City

Early in 2017, I had been living in New York City for three years.  While I was fortunate to work with and learn from many Broadway professionals during that time, my own professional career was stalling.  I began to realize that I would need to create my own outlets and opportunities for my work to be seen.

So, I went on to organize a musical theater cabaret in the Metropolitan Room, with the assistance of producer & coach Ben Holtzman.  This offered me and some of my friends & colleagues the chance to perform, and to record our work; filling our creative cups while also building our professional web presence and portfolios.

Fiddler on the Roof at Weston Playhouse

In 2013, I worked my very first theatrical contract with Actors Equity Association. I had worked professionally before, but this was my first union job. I was very nervous and green at the beginning of this production, but the foundational lessons I learned continue to stay with me in my work today.

Press
"The three oldest daughters, by selecting their own husbands, challenge and erode Tevye’s treasured traditions, at the same time nudge the inhabitants of Anatevka into a new world. They provide their own dramatic and musical joys ... Emily Zinski is lyrically bright as Hodel."
- William Menezes, Brattleboro Reformer