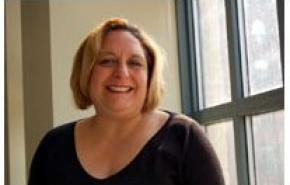 Rosalia Scalia is the author of a forthcoming book, Stumbling Toward Grace, a collection of short stories.  A number of her short stories  have been published in an array of literary journals, including but not limited to The Notre Dame Review, Amarillo Bay; The Baltimore Review; Blue Lake Review; The Oklahoma Review; North Atlantic Review; Pebble Lake; Pennsylvania English; The Portland Review; Quercus Review; Ragazine, Smile, Hon, You’re In Baltimore; South Asian Ensemble; Spout Magazine;... more
View Rosalia's Resume

Delia's Concerto, a literary novel set in downtown Baltimore, explores a summer in the life of a 15-year-old white, working class girl, Delia. Six chapter of this book have been published in a variety of literary publications as stand alone stories.

While Delia's mother provides food and a home, she fails to provide less tangible support, and Delia falls prey to a sexual predator, specifically, her boss, also her mother's childhood friend. Delia works an under-the-table job as a cashier in a neighborhood grocery store, a job her mother snagged for her so that Delia can pay for her own piano lessons, which her mother views as a childish hobby. Bird, the 45-year old store owner, begins touching Delia in ways that make her feel uncomfortable as he grooms her for sex. Jealous and controlling, he forbids her to talk to boys her age and often shows up at her school to drive her home, but instead bringing her to his secret apartment where he has sex with her. Delia does not want to be in a "relationship" with the Bird, but she does like the gifts he gives her and the pleasure she experiences when her body betrays her during sex. She also knows her mother's secret--her closet drinking, and thus, keeps her own secret about Bird. Lucy, her piano teacher, sees a musical gift in Delia and encourages her to audition for a scholarship that would pay for her attendance at the Peabody. Lucy, who lives in the same neighborhood, begins dating a fellow Peabody instructor, a bi-racial man named Nick, and this heightens the tension in the neighborhood and for Delia since her piano teacher allows a black man to spend the night at her house. It's the late 1970s when interracial relationships are not tolerated.

This is not a YA book. It tackles adult themes--sexual awakening and exploitation; addictions, racism, and a host of other tough, real and concrete issues that comprise life of a working class family in an urban area in the late 70s/early 80s.

Rosalia Scalia has worked with local writers, Carla DuPree, Andria Cole, Susan Mauddi Darraj, Lalita Noronha, and Kendra Kopelke to help launch a more diverse offering of literary voices. Held that the Impact Hub, the event also included Songs by LEA and drew a standing-room only crowd of writers and readers, a more diverse audience than the usual folks who frequent literary readings.