Revisions allow you to track differences between multiple versions of your content, and revert back to older versions. 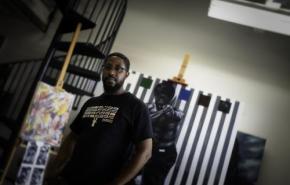 Born in Detroit, Christopher Batten began his undergraduate training at the Columbus College of Art and Design, and later completed his training at the College for Creative Studies where he earned a BFA in Illustration in 2006. Batten is a 2017 graduate of the Maryland Institute College of Art’s LeRoy E. Hoffberger School of Painting MFA program, where he received a Hoffberger Merit Scholarship, the Dr. Leslie King Hammond Graduate Award, and two AIGA Worldstudio Scholarships. While... more
View Christopher 's Resume

I believe that everyone must fight to make an impact on the world in the time they have been allotted on this earth- whether our actions are positive or negative is a matter of choice.  We are all combatants who fight for/against something.  The most critical of these battles is the one that takes place inside us daily when we reflect on how our experiences have affected us throughout our lives.  The works in this series encourage us to ask ourselves this question: what are you fighting for?

Violence is an ugly aspect of the human experience, but for the protection of oneself, it is sometimes a necessary evil. The paintings in this series are fueled by memories of  fights I've had during my 26 years of study as a martial artist.

A series of paintings that examine the awkward and uncomfortable role racism plays in African American life.  Moreover, later paintings offer commentary on notions of hope and resilience. 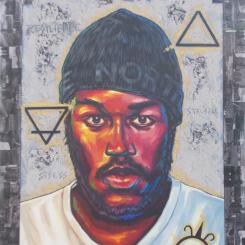 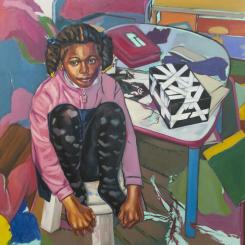 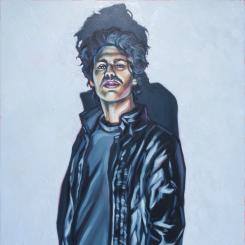 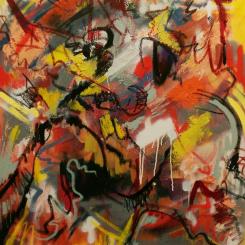