Todd Marcus is one of the few artists worldwide to focus on the bass clarinet as a main instrument in modern jazz with his large and small ensembles. His straight-ahead playing and compositions swing with fiery and introspective intensity, offer a strong lyrical sensibility, and often incorporate the Middle Eastern influences of his Egyptian-American heritage.

Though use of bass clarinet in jazz typically leans heavily towards avant-garde and free-jazz styles, Marcus’ straight-ahead playing has carved out a unique voice for the instrument in modern jazz. His music swings hard with both a fiery and introspective intensity but also maintains a strong lyrical sensibility.

Based in Baltimore, MD, Marcus actively leads small ensembles such as the Todd Marcus Quintet, Quartet, Trio, and Duo as well as his nine piece band The Todd Marcus Jazz Orchestra on original compositions and jazz standards.

Marcus’ performances include national and international touring. He was a featured guest in 2005 at the World Bass Clarinet Convention in Rotterdam, Holland and more recently in 2015 and 2017 at festivals in Egypt. 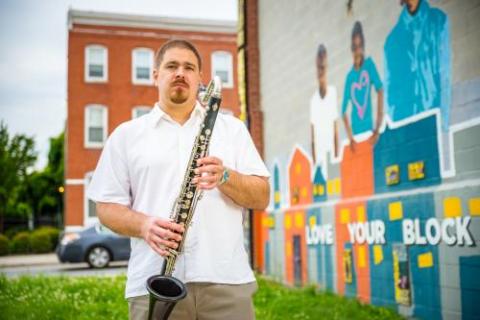