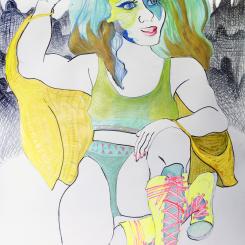 END_OF_DOCUMENT_TOKEN_TO_BE_REPLACED

As of recent I have been looking over my work from the past ten or fifteen years and have realized that it actually does have a common thread that tells an interesting story. I have always been a feminist but my voice is quiet and not as loud as others. It often questions rather then accuses and often gets over shadowed by the louder voices, although those louder voices are a source of inspiration, power and respect I often feel like my brand of feminism gets washed out.  I guess I would be considered on the feminine end of the feminist spectrum, I use a certain bright but pastel palette, I use soft fabrics that people often want to touch and I do a lot of hand work which is often referred to as “women’s work”.

But “women’s work” has a lot to offer and a lot of power. From days past of weaving spells to present advances in fabrics that can harbor sweat or provide warmth independent of the sun, the presence of fabric as a protector of what can and can not be shown, it has a power.

The lady wrestlers, inspired from the documentary G.L.O.W., The Gorgeous Ladies of Westling, represent a much more aggressive and commanding presence, while maintaining an attention to color and costume. Only recently have I been drawn to skate boards as an artistic medium. I feel like they give me a bit of an edge while also claiming them as my own. 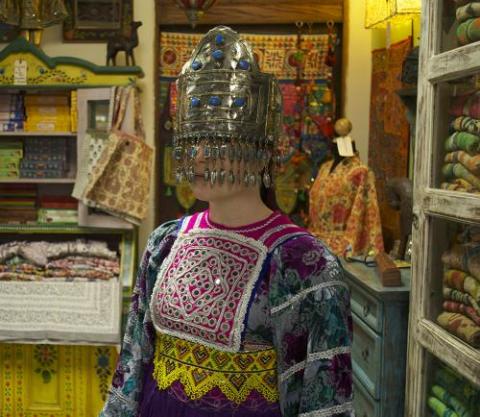