Michael Harris is an actor, improviser, writer, and teaching artist. A member of Actors' Equity & SAG-AFTRA, he has performed locally at the Creative Alliance, Kennedy Center, Studio Theater, Centerstage and Signature Theater amongst others. Roles played include Tevye, Falstaff, Hamlet and Bottom. He wrote the sketch shows "Prayer Ain't Nothin' But Talkin'" and "Too Hip for the Room," the latter premiered at the Charm City Fringe Festival. Michael performed in the regional premieres of the plays "In the Red & Brown Water" (Studio Theatre) and "Collaborators" (Spooky Action Theatre).

He has been an invited performer at Comedy/Improv Festivals from NYC to Austin & Philly to Chicago. A 15 year member of the Baltimore Improv Group (BIG), he spent 7 years as Executive/Artistic Director of BIG. While at BIG, Michael collaborated on hybrid improv performances with artists including: cartoonist Kevin "KAL" Kallaugher, the Stoop Storytelling Series, dance company The Movement, and beatboxer Shodekeh. He also created several new improv formats including Improvised Law & Order, Improvised Public TV Fundraiser, and AnyOne Can Draw & Choose Your Own Election (both formats featuring KAL). He also created a full length improvised version of A Christmas Carol called Bah Humbug, which he later adapted into a scripted play. Currently, he improvises with the Maryland Improv Collective (MIC).

Michael is a teaching artist with Chesapeake Shakespeare Company and a faculty member of the National Conservatory of Dramatic Arts (NCDA) in D.C. He has taught improv & acting since 2005 to thousands of people, aged 6 to 86. He has lived in Maryland since 2004 and Baltimore since 2010. 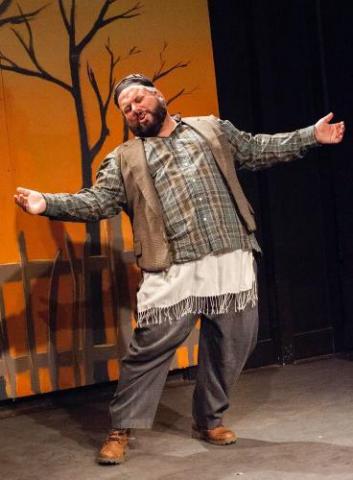