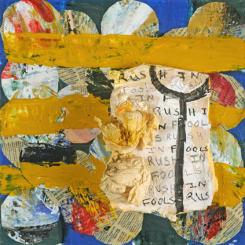 2020 Sculpture Series / Amazon Charmin and Me 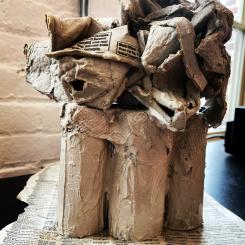 Keck studied at the College of William and Mary, Williamsburg, VA and the Dayton Art Institute, Dayton, OH. She received a full fellowship to the Vermont Studio Center, Johnson, VT in 1995 and was awarded a Maryland State Arts Council grant in 2010, 2000 and1996. Keck worked in independent studio programs at the Contemporary Art Center, North Adams, MA and Assisi,Italy. She was an artist in residence at Maryland Hall for the Creative Arts, Annapolis, MD for eight years.

Keck exhibited at the Corcoran Museum of Art, Washington DC in 1998, and in 1999 at the Trenton Art Museum, Trenton, NJ, and the Deland Museum of Art, Deland FL.

Cynthia Nadleman, New York art critic, described Keck's work in this way, "Keck's broadly painted and generously colored and proportioned work is at once sensuously forth coming and intellectually engaging".

Martha McWilliams, curator, writer and art historian, professor at the Corcoran School of Art, Washinton, DC wrote: "The works of Jeanne Gentry Keck are exuberant and often playful adventures in painting built on a careful formal structure that controls a sometimes somber awareness organized by a grid, and often including a circle. Keck's paintings demonstrates the perpetual fertility of simple forms at the same time revealing the layered implication of deceptively simple themes. The materials painted into Keck's surfaces--among them lint, straw, paper, styrofoam, fake fur, velvet, silk, pelon, net, celluclay, sticks, wood chips, tassels and ropes--add textural density and narrative richness. Her works become documentations of pictorial exercises in remembering and forgetting that allow the painting to declare themselves as they are painted, collaborating with the artist in their creation."

The quote that best describes Jeanne Gentry Keck's philosophy is as follows: "Knowing must therefore be accompanied by an equal capacity for non-knowing. Non-knowing is not a form of ignorance but a difficult transcendence of knowledge. This is the price that must be paid for an oeuvre to be at all times, a sort of pure beginning, which makes it's creation an exercise in freedom." (Jean Lescure) 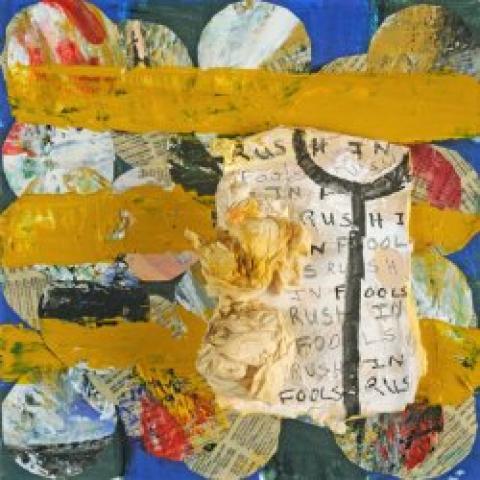