The Encounter is the two-person team of magicians Brian Kehoe and Annie Montone.  We explore stage magic (viewed by many as a "low" art) for its great and inherent storytelling potential.  We seek to create a hybrid of theater and magic that we call "narrative magic."  Narrative magic is a potent blend of traditional magic effects and playwriting, with an aim to create experiences that are part magic show, part theatrical performance.   We find that magic does something for an audience that no other performance discipline can; it allows them to enter a space where literally anything is possible.  We want to use our magic to create that space for our audiences, and then tell stories inside of it.  We find that, when successful, we can achieve an engagement with others that is unique, intense, and emotional, because in this way, stories become real.

Practicing in a new genre has necessitated that we become inventors to achieve want we want to achieve for our plot-driven magic.  We've had to study and learn from many disciplines to design, create, test, and build our own props and devices.    Using our limited resources and our dining room tables, we've become experts in how to take apart magic props and put them back together in a completely new way.  We've built boxes, envelopes, toys, and furniture (to name just a few) to be able to do what they should never be able to do, on stage, in precise choreography, night after night (and travel, as well!).   We've applied stage magic principles like sleight of hand to be able to operate and cue our own tech.  In order to present the impossible, we've had to build the impossible.

We have been working together since 2014 and formed The Encounter in 2015.  Since then, we have performed our narrative magic in multiple venues including  The Carroll Mansion (Planchette), The 14 Karat Cabaret at Maryland Art Place (Hoax), Nights on the Fringe for Charm City Fringe (Twinspeak), the Madonnari Arts Festival, and the Cabaret at Germano's (Jinx), just to name a few.  In addition, we toured to the Rochester Fringe Festival in 2016 (Planchette) and 2019 (Town X) and the Jersey Fringe Festival in 2019 (Town X).  We were privileged to bring our narrative magic to Fells Point Corner Theatre, where it was featured in Woman in Black (2017) and the Baltimore School for the Arts, featured in Pippin (2019).  We are the co-founders of the Baltimore Academy of Magic, a school for aspiring magicians.  BAM is the first of its kind, and opened in the fall of 2017.

“...one part narrative theatre, one part magic show, though the lines between those aspects are blurred so well that the engaged audience actively marveled…” - Rebecca Rafferty, City Newspaper

“I didn’t know what to expect. Actually, that’s not true. I did have expectations, based on what little I found out in advance. But those expectations would be obliterated in an hour.” - Daniel Stuelpnagel, What Weekly

“It is not precisely a magic show, though it features a great deal of sleight of hand and equal amounts of audience involvement…[but it] is an intensely focused experience.” - Cybele Pomeroy, Broadway World

“The narrative helps remove [The Encounter] from any comparison to shows starring a goateed guy flinging glitter at you while pulling a dove from his dragon-printed silk shirt.” - Cassandra Miller, Baltimore City Paper 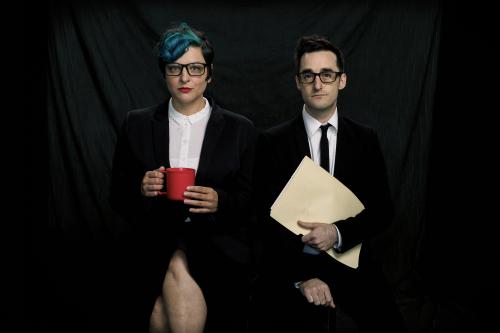 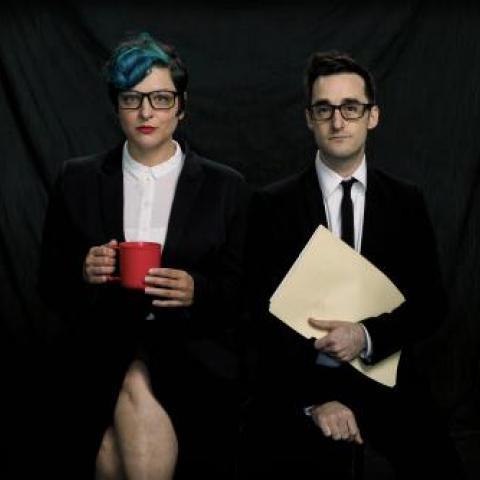