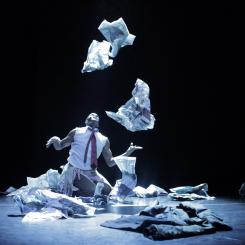 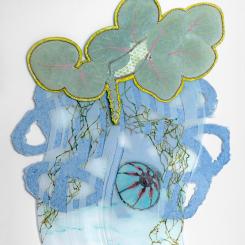 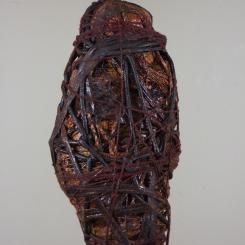 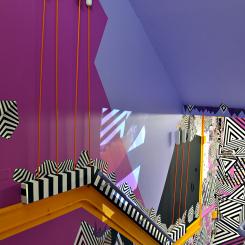 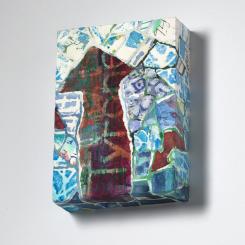 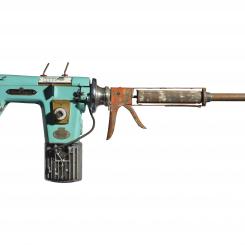 END_OF_DOCUMENT_TOKEN_TO_BE_REPLACED

Allen Zaruba's artworks explore a wide range of materials, concepts and processes as a way to continually process his global experiences. So far he has lived in or traveled through 37 nations. His first years were on the islands of the western Pacific. Later he attended high school in the Panama Canal Zone where he began painting. After graduation he moved to Los Angeles and later joined the Navy in 1974, ushering in a transformative decade.

Beginning in 1978 he served for 18 months in military intelligence in the Philippines, during the height of the Vietnamese refugee crisis. Human rights abuses became the foundation of his visual arts career. This led to an an appointment in 1980 with the Blue Angels flight demonstration squadron, as their art director and photographer.

He left the Navy in 1984 to pursue his BFA in Los Angeles, which included a year in Paris, where he began sculpting. He then completed his MFA at MICA in 1990, during which he became the assistant to the internationally acclaimed sculptor, Sal Scarpitta for 10 years, installing Sal's exhibitions and traveling back and forth to Europe as well as living in Italy for periods of time.

In 2003- 04, he was appointed as a senior Fulbright Scholar to Seoul, Korea. During that time, he lectured extensively in Korea, researched in Japan and lectured at the Central Academy in Beijing. In 2004, he was invited to return to MICA as a professor where he served for 14 years. In 2019, he left college teaching and moved to Israel for six months, with side trips to Budapest and Cyprus. He plans to return to Jerusalem in 2020 and hopes to travel to Mozembique to visit Heidi Baker's IRIS headquarters, to learn firsthand, how she has established a global network to 45 nations to care for displaced and orphan children.

Al has been awarded two Pollock-Krasner Fellowships, along with four MD State grants, among other awards. In 2003-04 he was selected as a Senior Fulbright Scholar to Sung Kyun Kwan University in Seoul, Korea, where he helped open MICA's exchange program.

Multiple residencies include TAC at the Tannery in Santa Cruz, CA in 2017, as well as in Ireland in 2014 and 2015. Others include Chateau Rochefort-en-Terre in Brittany, France, the Space Program in NYC, Sculpture Space and the Vermont Studio Program. Among other collections, his work is in the Tyrone Guthrie Centre in Ireland, the Everson Museum, NY, The National Museum of Naval Aviation, FL, the Pentagon and the Sung Kyun Kwan Art Museum in Seoul, Korea.

His studio practice is based in Baltimore, MD.