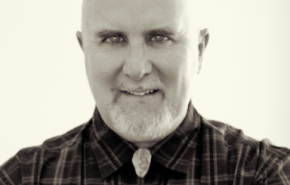 A native of Baltimore, Willy Conley is a retired professor and chairperson of the Theatre Arts department at Gallaudet University, the world's only liberal arts university for deaf and hard-of-hearing people. He is a multi-disciplinary artist -- who happens to be Deaf -- working in the areas of theatre, writing, and photography, sometimes separately, and at other times together. As a playwright he has won the VSA 2000 Playwrights Discovery Award, the American Deaf Drama Festival Award, the Sam Edwards... more
View Willy's Resume

Vignettes of the Deaf Character and Other Plays

This book is a collection of twelve plays of mine written over a span of 20 years.

This nonverbal play is an exploration in gestures, masquerade, movement, and visual effects, including phantasmagoria, to discover the onslaught of Goyaâ??s deafness, and the impact it had on his life. It was written by Willy Conley and Iosif Schneiderman, and directed by Willy Conley. This production won top honors in the Kennedy Center American College Theatre Festival, Region II, at Carnegie Mellon University in 2008.

These are samples of my photographs on covers of various publications.

Watergraph was a term I invented that came from taking photographs of water reflections that have been turned upside-down. Depending on environmental factors like the wind, debris in the water, and the color of the sky, each inverted reflection created a painting in its own right framed by whatever was surrounding the water. This is part of my serendipitous quest of water reflections that range from little puddles to large bodies of water. To see how the images were originally discovered, turn your head (or your laptop) upside-down.

I've always been intrigued by shacks and shanties set in unique locales. I become obsessed over how the human spirit lived and/or worked in such tiny spaces.

These are photographs taken through a light microscope. Some of the specimens were lit using polarized lighting. Others were enhanced with the use of histology stains.

A short, nonverbal screenplay about a deaf medical photography intern being called to photograph open-heart surgery.