The Music of Tim Green 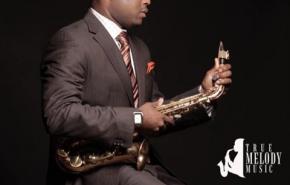 Forging a deeply personal sound from a broad swath of the jazz landscape, saxophonist, composer and arranger TIM GREEN has emerged as a powerful new voice, melding deftly swinging hard bop, fluid modernity, and soulful gospel. Called “a player to watch” by JazzTimes, Green seized the attention of the jazz community with his second-place finish in the 2008 Thelonious Monk International Jazz Saxophone Competition. He delivered on the promise of that prestigious honor with the... more
View Tim's Resume

What is “Post-Jim Crow Racism in America”? I think we all know. The title seems somewhat abrasive but it needs to be revisited in order to bring some context to the “race” issue that we are facing today. If you don’t know what PJCRIA is then turn on the news and you’ll see another African American, Muslim, Hispanic or person of color being profiled and treated unfairly or even killed by the police for a non-violent offense without being given the benefit of the doubt. Even though Jim Crow Laws of segregation were abolished in 1964 by the Civil Rights Act and The Voting Rights Act of 1965, the seed and spirit of that inhumane system still exist. The law doesn’t change the hearts of the people. The law helps but we still have a long ways to go. How can you explain the cases of Trayvon Martin, Michael Brown, Freddie Gray, Tamir Rice and many others that were senselessly murdered because of the color of their skin. You don’t see the same things happening to people who aren’t colored. What does this tell us? The same spirit of segregation, violence, oppression and hatred towards colored people still exists even though the Jim Crow Laws were abolished in the 1960s. We have come a long way as a society, but still have a long way to go. 2016 was a year that brought awareness to a lot of these senseless injustices. I had to find a way to express my feelings about these issues after sitting back and watching these stories pop-up on my social media feed almost every other day. As a musician and composer, my first instinct is to sit at the piano and try to turn these emotions into a spiritual feeling through music. What came to me, through the form of music and composition, was anger, hopeful optimism, more anger, hope, soul, aggression and beauty. The main section/vamp, bars 1 thru 4 and 20 thru 23, have a feeling of anger and frustration that are reminiscent of the avant-garde jazz style of the 1960s. The next section, bars 5 thru 18, is a prayer of sadness or mourning over the loss of life of those that were killed because of racial injustice. Here comes the vamp again at bar 24. The vamp represents the time to get up and get to action. No more time for mourning. The second melody is approaching at bar 24 after slight moans and soulful instrumental groans to dust of the pain and anger. The melody starting at bar 24 thru 39 represents a “hopeful optimism”. The drums are implying a march to freedom as the saxophone and trumpet play a melody of hope. In life you will have things that set you back, and after all of the marches, protest and thoughts that things will be getting better, here comes another story about another black man or person of color being gunned down by the police. The notes that I chose to write at measure 40 represent that set back. Picture rioting, fires, shooting, looting, the national guard and police arresting protesters as the musicians play in a “free jazz” styles to outline those colors. The drums rumble in the next section, channeling the spirit of the african “talking drums” tradition that was used to communicate and express emotion. There is freedom through the saxophone, soloing freely in the style of the late great jazz legend John Coltrane who actually lived through the Jim Crow laws of the 1960s. Finally, spoken word had to be apart of this project and the great baltimore legend, Dontae Winslow, speaks the words that echo the feelings of slavery, racism and segregation. This is “Post-Jim Crow Racism in America”, the story of the american plight to reconcile the negative seed sown by our fore fathers with modern day humanity.

Songs From This Season

"Songs From This Season" is a representation of art reflecting life. Each song in this project represents a story about a certain time in my life or as I like to call it a "season ".

Listed below is the description of 8 songs from "Songs From This Season" that are included in this project : “Siloam” is the pool in Jerusalem where Jesus told the blind man to wash his eyes, and at that point the man was healed and made to see again. After he received his miracle, Jesus told him that his mission in life was to be a witness of and to the power of God. This story of life’s definition and purpose is the inspiration behind this tune. The song is really a 12 bar blues in 10/4 with a different harmonic approach . “Dedication” is a song dedicated to Mulgrew Miller and Kenny Kirkland, who are legendary pianists and two of my favorite musicians. I love how they write tunes that have beautiful melodies supported by complex harmony. I used that approach in this song to show my appreciation and love for their music. “Philippians 4:13” is a scripture in the bible that says “I can do all things through Christ which strengthens me.” This song was birthed after going through a hard time in my life. At that point I sat down at the piano and this was the melody that came to mind and heart . Famed film director, Spike Lee was the inspiration behind “Time For Liberation”. He was a master class speaker at USC, where I attended graduate school. After hearing his amazing story I was motivated to write this piece. I created the bass line in 7/4, which sounds like a man on a mission running through the world. This song also shows the influence that rock music has had on my music through the use of the distortion guitar in this song.

I could not do this album without showing the influence that gospel/christian music has had on my playing and writing. Through the use of simple melodies and triadic harmony, “Shift” is a song I wrote that expresses those influences. I also use the organ, pads, vocals and electric bass to help me to express this style of music. Out of all the songs on Songs From This Season, I spent the most time on this one.

“Lost Souls” is dedicated some of my friends and family members that died at a young age. I chose to use the Cello to help express the melody and emotion of this song. The blend of the saxophone and cello worked out beautifully. I’m a huge fan of the Bach Cello suites and John Pattituci's song entitled “A Love Eternal” that uses cello also. Both of these composers had a huge influence in the concept of this song.

“Peace” is a song that I wrote when I moved back to Baltimore after finishing the Master’s program at The Thelonious Monk Institute of Jazz. I was unsure about what I was going to do at the time, but God gave me a sense of peace and assurance about my next move. This song came out of that life transition. You also can hear the impact that Brian Blade's music has had on my writing through this tune.

“The Queen of Sheba” is a song that I wrote after reading about the story of this great queen in the bible that fell in love with Solomon. This story represents the story of me and my wife. This song has infleunces of some songs that I love to play like “Pinocchio”, “Humpty Dumpty” and “E. S. P”, which are all modern jazz songs that have plenty of chord changes.

This project is a compilation of music that was written over the past 5-7 years . The songs were inspired by different periods in my life which are reflected in the titles and in the music itself . Thanks for taking this journey through Songs From This Season . "

I was inspired to compose this song entitled “Chitown" for my wife after we had been married for about 6 months. This is a representation of art reflecting life based on all of the romantic feelings and love that were floating in the air as newlyweds.

My wife, Anoa Green, went to school in Chicago at North Western University. We were high school sweethearts but lost contact after moving to different cities for college. While living in New York I kept our senior prom picture close as I would look to that in hopes to be reunited one day. “Chitown” was a nickname that I used for her while she lived in Chicago and that name became the song title as I searched for something endearing to name this song.
Throughout this project you will see the progression of this song . I recorded it for my album, Songs From This Season, with a "jazz ballad" groove. After preforming the song live, different drummers started to changing the groove/beat of the song . Afterwhile, "Chitown" became a hip hop/neo-soul hit within my circle of people and audience.When my friend and drummer Quincy Phillips added a hiphop groove, it started to become something really special. I had to add rappers to tell the story of my wife and I. Thus, you have the video explaining our story of love and relationship.