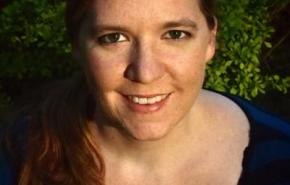 Susan Stroupe is a collaborative theater maker, primarily working as a director, ensemble deviser, and teaching artist, who specializes in immersive and devised works of theater, often performed in non-traditional spaces.  Throughout her career, Stroupe has also worked as a director, performer, writer, puppeteer, teacher, and collaborator in professional and professional community-based projects, with actors and nonactors of many ages and many abilities and disabilities, all around the country.... more
View Susan's Resume

Role: Core Devising Team (with Lisi Stossel, Glenn Ricci, Ursula Marcum), Devising Dramaturg, Ensemble Performer. As our bodies move, we tell a story. Where we have been, where we are going, what we hold on to, what we let go of. When bodies move in masses, they tell a larger story. Hope, fear, war, famine, the search for a better life. What does it mean to be just one body moving in humanity’s great crowd? This is a movement piece. Prepare to be moved.

“MASS/RABBLE” had the audience of up to 100 join a diverse ensemble of thirty movers to explore themes of mass migration and the borders and boundaries that separate us. The devising rehearsal process took place over several stages and many months, going through an evolution from conceptional ideas and images to a wordless physical narrative, through much physical training, improvisation, ensemble building, and dramaturgical discussion.

My role was two cull and curate the wide array of ideas and concepts we were putting into the show into the kinds of leading/open questions that would help the ensemble turn concept into narrative movement, as well as to keep a targeted eye on how the show was shaping us as a whole, particularly in how we involved/invited our audiences in a wordless movement piece.  Additionally, I was for the first time part of the performance ensemble in a Submersive production (since being a Founding Member my role has always been as a director), which was a challenge for me to balance my process as a performer with my leadership position as a Core Deviser and Dramaturg for all the performers.

The Institute of Visionary History and Archives of the Deep Now was an immersive episodic series by Submersive Productions.  Six separate episode with eight performers, who investigated their own pasts and histories to created immersive "experiments" that a small audience would partcipate in in three parts: Induction, Experiment, Debrief.  The Institute of Visionary History was  secret society that was part fiction and part history of Baltimore and the Peale Museum,  and became the framing device for the six episodes, with anonymous researchers from the past having asked open and leading "scientific" questions that were answered by "parting the thin veil" in the Experiment Room.

Since the concept was complicated, we on the Core Team (myself, Glenn Ricci, Ursula Marcum, and Josh Aterovis) broke down the process into three parts:  1. The Induction, where audience was introduced to the IVH, introduced to the experiment/question they'd be working on, and inducted into the Society as a researcher; 2. The Experiment, where the audience, deputized as researchers would enter the main experiment room on the third floor of the Peale, interacting with both the space (we built a wall that was essentially a giant puppet) and a performer who would interact with them in a number of different ways; 3. The Debrief, where the audience would go to a separate room to discuss with each other their findings, fill out a data sheet with different questions, and interact with more dramaturgical sources that might shed more light onto the topic.

Each episode was an entirely different world, and through both the questions we posed as the IVH and the pieces created by the 8 performers, we traversed time and space in innumerable ways, hopefully helping our audiences feel both reconnected to and disoriented by a past narrative they thought they understood.  Our intention of the piece was to tear whole in the narrative of our history, in order to add in some new mythologies, narratives, and voices that may have previously been hidden.

In 2018, Cohesion Theatre brought me on as director for an ambitious project:  two full-length plays in Repertory with each other, with the same cast of 9 actors performing in both.  Cohesion had selected the first play, LA LLORONA by Cecelia Raker, a new play about the Southwestern/Latinx world legend told through the narratives of three modern-day teenage girls with very different cultural backgrounds.  After reading that play, I researched (through the New Play Exchange) a complimentary play, and chose Caridad Svich's THE ORPHAN SEA, a play also based on mythology (The Odyssey), but with a very different style.  LA LLORONA, with surreal elements, was largely naturalistic, while THE ORPHAN SEA was primarily abstract poetry.

The 9 actors we cast were a diverse group of performers who were challenged with learning two worlds, two roles, and in the case of THE ORPHAN SEA, doing a large amount of devising, both in movement and in the script.  The script itself is largely left to interpretation, broken up only into scenes of the three choruses:  The Penelope Chorus, the Odysseus Chorus, and the City Chorus.  LA LLORONA required an enormous amount of dramaturgical research, both of the myth and of the specific, disparate indigenous, colonialist, and modern cultures of New Mexico.

THE GOODIES was an ensemble devised play, produced by Iron Crow theater in 2017. The concept was of a modern retelling of the Salem Witch Trials, through the lens of contemporary racism, and what has now come to be called "cancel culture."

With a cast of all women of color, we started with the question: "What if we believed the teenage girl accusers of Salem?" and, as an ensemble, created characters and wrote a script about a group of high school girls who mysteriously become ill due to the racism they experience in school, and the complex and tragic way of the adults in their lives preferred to shut them up by purging the "racists" from the school and saying it was fixed, rather than dig deeper to uproot the system of racism that poisoned everyone.

As a white artist who conceived and directed this piece, I knew that I needed to have the cast of actors of color lead this process--it was their personal stories and experiences that became fictionalized and tied together into a narrative, and while it was a very difficult play for them to perform and for audiences to experience, I believe everyone (including myself) walked away forever changed.  My desire was for what I knew to would be a majority white audience to feel implicated at some point, to reexamine how they view the Salem Witch Trials: not as religious fanatics gone insane (something that liberal white people can easily distance ourselves from), but a highly intelligent, purity-pursuing modern people, from whom the White people of the US have inherited the majority of our culture.

A huge undertaking of space and ensemble collaboration, HT Darling's Incredible Musaeum was devised, immersive piece, conceived by Lisi Stoessel and devised by a group of directors (myself included), designers, puppeteers, and actors.  Using all four floors of the Peale Museum (at that point not open to the public), HT Darling started in Lisi's mind as a small piece about the cabinet of curiosity of eccentric explorer HT Darling (played by Sarah Olmsted Thomas), and turned into a massive intersecting narrative of six characters and whole host of alien specimen that explored colonialism, the morality of museums, the concept of a "hero," and humanity's unending quest to secure our legacy and achieve immortality.

The piece was challenging on so many levels; for me as a director, with a background of analyzing history through the lens of postmodernism, anti-racism, and feminism, I focused much of my work in this piece on helping the performers create characters and a narrative that told a seemingly familiar story of exploration and conquest in ways that both drew the audience in and knocked them off balance, that required the audience to really question what their modern role in institutional racism and sexism is through encountering characters from the "past" who don't act the way we expect them to.  We strove to turn the traditional white male explorer narrative on its head without condemning any of our characters--a practice which Submersive started with Mesmeric Revelations, honed in this piece, and continue to strive for in all our pieces.

HT Darling was also the immersive piece where Submersive solidified our philosophy about "The Essential Audience," in which the role of the audience is never taken for granted in any given moment of the piece, where we never have a "default" role for them, but consider what "character" they are playing in every moment or in the larger whole of the piece, and allow that role to be a foundational ingredient to the entire devising process.  In HT Darling, because early on we cast the audience as Invited Patrons of the opening of HT's exhibit, it required an enormous amount of thought about how every scene in the piece was "public," as in there was never a traditional "fourth wall" that provided the characters with privacy.  It was tremendously challenging but so artistically rewarding to discover new ways to move the narrative forward in a way that fit in with the structure and dramaturgy of the world, involved the audience, and kept everyone's characters on an organic journey.

HT Darling remains one of my favorite pieces that I have ever worked on.  I can claim some individual credit for its success, but it was truly a momumental collaborative process on all accounts.

Submersive's first devised, immersive piece!  I was hired by Glenn Ricci, whom I did not know at that point, to be his co-director for Mesmeric Revelations.  Because he was relatively new to the theater scene in Baltimore, I helped him cast the piece, and brought my skills in theater to compliment his skills in audience interaction and sound design.  For much of my career, I have been interested in how performers interact with architecture and the audience, and Mesmeric Revelations was the first time I got to practice this on such a large scale, even though the piece was fairly intimate.
The biggest challenge of this piece was de-centering Edgar Allan Poe from his own narrative, since we were focusing on the women, both fictional and real, in his life.  Finding their humanity through the many layers of romanticism and nostalgia we have placed on them was an amazing dramaturgical and performative challenge, and this piece remains one of the biggest learning processes I've ever had in that realm.