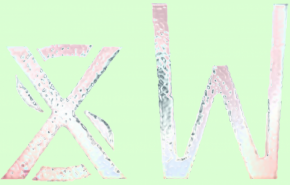 This body of work weaves traditional and new media to present a visual experience about the institutions, educators and progenitors who shaped how Baltimore’s Black community acquired formal training and knowledge.  In addition to a critical examination of historical and contemporary segregation in Baltimore City public schools, strikeWare tracks the nine students who graduated from School Number 1 in 1889 - Baltimore’s first all-Black high school graduating class. Visit WYPR here to listen to an interview with Sheilah Kast.

This body of work responds to research that deals with a multi-layered overlap between Christianity, slavery and education.

The Seminal piece for this project is "Omission" which is inspired by the Museum of the Bible's 2018 exhibition called "The Slave Bible: Let the Story Be Told." The Augmented Reality reveal on both the cover and final page of the "Omission" sculpture show a respective cover of 1807 publication "Parts of the Holy Bible, selected for the use of the Negro Slaves, in the British West-India Islands" along with a redacted title page to the Omission piece.

British missionaries used the 1807 bible to educate and proselytize an enslaved population. The editors removed 90 percent of the Old Testament and half of the New Testament. Among the excluded passages are Galatians 3:28, "There is neither Jew nor Greek, there is neither bond nor free, there is neither male nor female: for ye are all one in Christ Jesus", which was thought to possibly incite rebellion. Passages like Ephesians 6:5, "Servants, be obedient to them that are your masters according to the flesh, with fear and trembling, in singleness of your heart, as unto Christ," were kept. This bible at the Museum of the Bible exhibit was one of three copies of this version, and is owned by Fisk University. It was printed by Law and Gilbert of London, for the Society for the Conversion of Negro Slaves.

This oeuvre continues upon the narrative of edifice and ecclesiastical influences on 19th Century African American Education.  The drawing is an ode to the educator and preacher, Daniel Coker, who founded African Bethel Church in 1816, while the photograph taken of  the Haitian church, "Ansyen Catedral la"  show, how very early on, the role that Christianity played in the African Diaspora. An augmented text reveal is displayed, whereas usually, the words are hidden until one looks at the image through the screen of a smartphone while the Renovations App is turned on.

Use the augmented reality Renovations Android application throughout this project. Find on the Google Play Store: https://ply.gl/com.xxxxware.renovations. Images of institutions show different interpretations of “public service” - how Black citizens were perceived by the state as opposed to within their own communities. Move your phone closer and further away to explore the buildings.  A virtual tour with these photographs along with a reading from Brian Courtney Morrison's “Selected African American Educational Efforts in Baltimore, Maryland during the Nineteenth Century” can be found at this link.

The Peale Center building, known historically as “Male and Female Colored School Number 1” acted as a departure point for the critical examination of historical and contemporary segregation in Baltimore City public schools explored in the RENOVATIONS gallery. In addition to an immersive exhibition of the history of education in Baltimore, the show tracks the nine students who graduated from School Number 1 in 1889 - Baltimore’s first all-Black high school graduating class.

This link directs the browser to research conducted by Dean Krimmel, Mary Ellen Hayward, and The Contemporary.

Tonika D. Berkley, Research Coordinator and Curator for the Peale Center played a vital role in guiding the development of the original RENOVATIONS exhibit

The church was built in 1892 and bought in 1949 by the African Methodist Episcopal Church, giving honor to Bishop John Henry Clayborn. It is an example of Romanesque Revival architecture and was listed on the Historic Registry in 1979. The national importance of the building relates, among other tributes, to its landmark status as the site where Sanitation Workers led their iconic “I AM A MAN” marches during the 1968 Civil Rights’ movement. On March 28, 1968, police coerced marchers into its tear-gas-filled interior. Two months after the strike began, sanitation workers gathered at the Temple to accept the city’s offer to recognize their union. By 2002, the church had already fallen into a state of near disrepair and was repurchased and reinstitutionalized as the Historic Clayborn Temple on December 19th, 2019. The Historic Clayborn Temple recently succeeded in their multiphase fundraising campaign, raising $1.3 million to own and rehabilitate the building as a Black sacred space.

We encourage people to enter BIMA artWalk and listen to the audio in its entirety. The music in the Virtual Gallery dates back to a 1949 performance at the Baltimore Institute of Musical Arts and was used as audio in the strikeWare app “underWater”.  The original recordings are on 16-inch lacquer transcription discs that require special handling. Our request to the Peabody Conservatory’s Arthur Friedheim Library to digitize this music makes it stand out, mainly because there are no digitally accessible recordings available from BIMA’s repertoire.  The history of BIMA as an alternative to the Peabody during segregation is well-documented, yet largely unaddressed and even more pertinent today as it relates to the Afro Newspaper’s efforts to revitalize the historic site.  The “BIMA artWalk Document”  is a detailed directional tour from the Upton neighborhood to the Walters Art Museum in Baltimore, MD.  The last work sample is an excerpt of a 45-minute interview with a life-long singer and performer who attended Baltimore Institute of Musical Arts.  You can hear Daniel Comegy educate the broader public in his conference talk at this link.

William H. Murray, one of the nine graduates memorialized in this exhibition, was beaten to death as an inmate here by a white guard in what newspapers at that time called “The Most Brutal Murder in Maryland’s History.” crownsville was notorious for overcrowding, patient abuse, refusal to integrate, and experimental operations - a grim example of how the state and federal government interpreted “public service” for Black citizens.

William H. Murray was also the father of Reverend Dr. Pauli Murray, who was a long time civil rights attorney and activist against racial and sexual discrimination. When she identified as a woman, she became the first African American Episcopal priest. Dr. Pauli Murray credits her father for the reason that she became a civil rights activist. Her life, accomplishments, and personal advancement as a Black, queer, feminist trailblazer was remarkable, yet unremarked by various institutions.

Upon graduating from Howard Law School in 1944, Murray received the honor as the first in her class. She was the only woman that year who graduated. The usual reward for this accomplishment is a prestigious fellowship at harvard university, yet harvard law school’s graduate program rejected her application most notably because of her gender, and very possibly because she was Black. Franklin Delano Roosevelt, the President of the United States himself (and an alumni of Harvard) had even written a letter of recommendation on her behalf to the president of the university so that she would attend.

Although Murray never identified as lesbian, her longest lasting relationships were with women. Refusing to accept the association between homosexuality and mental illness, she ultimately identified as a heterosexual man.

This church represents the congregation of Baltimore’s African Methodist Episcopals, the first independent African American denomination. White religious sympathizers played an essential role for African Americans in the post-antebellum era. The augmented reality app takes the viewer through a three dimensional model pop-out of the building. Beneath the 3D model, one will notice the Maryland Historical Society’s 1845 Lithograph of the original church, which today is a parking lot located just down the street from the Peale Center.

The Presentation of a Gold Snuff Box to the Rev. R.J. Breckenridge in Bethel Church, by Rev. Darius Stokes was presented on the behalf of the AME congregants as a gift of gratitude. This exchange takes place in the lithograph. Reverend Darius Stokes and congregants of Bethel A.M.E. gave Robert Jefferson Breckenridge, a Presbyterian minister, the gold snuff box for his work in preventing legislation that would have placed restrictions on slaveholders’ ability to manumit slaves.

The Interview excerpt is part of a conversation between strikeWare and Mr. Saleem Wooden, one of Bethel AME’s current trustees & their elected historian. The story of David Coker is so important because he was the lead teacher of the African Methodist Episcopal congregation from 1801 to 1817, and also served as the headmaster of The African Academy, one of the first educating centers for Blacks in Baltimore. It was housed in the Sharp Street United Methodist Episcopal Church.

In 2018, with fishTank, we transformed Baltimore’s infamous, and now defunct, Marble Bar space into an immersive environment with interactive works intending to communicate the feeling of being underwater.

With Renovations, we had found a narrative that was relevant to everyone and we looked for concurrent methods of delivery to appeal to different audiences. The pieces exemplify a lot of the ethos of strikeWare: touch the art and discover the stories.  In the "First Nine Graduates" chalkboard piece, visitors participate in the making of the work, which begins as black text engraved into a black chalkboard. As participants rub chalk dust across the board, it sticks in the engraving, exposing the text. Over the course of the six-week exhibition, chalkdust invaded the space, falling onto the floor and getting tracked into other rooms in the gallery. The work is also a reflection of our process to understand the research. When we gave a talk, we are framing what we’ve learned from historians, experts of particular fields, and creative placemakers. We usually try to plan pieces that are accessible in multiple layers, so people who love using their phones to look at art get something out of a piece, people who love touching art get something else.