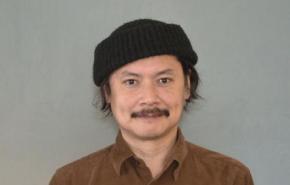 I am a Baltimore based musician, who was a Baker Artist Awards finalist in 2019. I have been performing music since 1995, and have been involved in many solo and collaborative projects (locally, as well as abroad) some of which have allowed me to tour throughout the United States and Europe. Outside of purely musical works, I have written music for films, theater and dance productions, art installations, and have also been a member of live DIY theater ensembles. With the helps of a BOPA grant, I've... more
View Stephen's Resume

All the non-collaborative music I have written in the past required organizing groups of musicians to perform it. The current music trend of performing with backing tracks in a live setting was not something I intended to explore. However, the unustainable nature of hiring musicians for orchestral work, along with the opportunity to intermingle instruments that wouldn't normally be grouped together, have made the idea more intriguing. With this in mind, I started working on a perfomable solo project , which became "Sunset At Owl's Head." This approach also helped me bridge the gap between eastern and western music. Being born in the Philippines, I have always been interested in folk traditions in music. As a main performing vehicle for this project, I was exploring alternative guitar approaches that didn't use the strumming of chords, common in western pop music. Instead, I was interested in the use of eastern and western Asian techniques and modes, which I synthesized within pop structures. A guitar played this way helped me keep the live guitar elements completely enganged, to help keep balance with the non-liveness of the backing tracks.  But the use of  the backing tracks also allowed me to use ensemble passages to give the pieces a more modern western texture. Large group performances and non-western approaches to music are ongoing motivational factors for me, and this project is a culmination of both influences, as well as a culmination  of the various approaches I have been experimenting with in other projects. I am looking forward to playing more solo shows in the future and am currently working on new music for this project.

I started accompanying Wheatie for live shows in 2011, and naturally started writing songs with her. I recorded her 2013 record "Little Black Star" and co-wrote a few songs on that record. We just released an LP, "Old Glow" in January 2023 and plan on touring to support the album. One track "This Way" was recently spotlighted on NPR's Now Playing.

"No Place" will be the fourth in a series of solo cassettes I have been releasing. The title, as well as being the beginning of "no place like home" (the bulk of these pieces were written during the lockdown of 2020 and the beginning of 2021), also refers to the pieces in this collection not fitting within the confines of the other solo projects I have been working on. Most of the music I have written have been for live performances and with the halting of live music during the pandemic, I shifted my attention to experimenting with instrumental music, either written for it's own sake or informed by a visual narrative. All the other solo cassettes have included instrumental tracks, so working this way has always been part of my practice. But this collection is an expansion of the instrumental idea withoug limiting myself to specific approaches inherent to other projects.

Ceremony Drum started off as a writing  exercise based on an image of a pop band in the dark. I imagined a group of musicians where the view of the lead vocalist, ususally the most visible in a pp group would be obscured by darkness and by his posotion in the back of the stage. I also imagined a drummer being front and center, and only having a floor tom instead of a full drum kit, and he would be the only person standing on stage. I liked the idea of the drummer's repetitive motion being the only visible element of the live performance. From this image, I imagined what this group would sound like. At first, I was just using this as an exercies to quickly write a song to help me take a break from the more involved pieces I was working on. But after some time, I realized I had accumulated a some good songs adn decided to take this project more seriously. I put together a group to perform this live in 2019 and hope to do more shows in the future. I am still writing new material for this project.

Ghost Life was an ensemble project based on mostly small rhtythmic instruments .  When it first started, I wanted to combine my love of pop and ethnic music with ensemble organization.  The instrumentation allowed me to put percussion up front to form its own narrative.  At an age where anybody can play a single instrument and fill up a room completely with sound, I wanted all the individual sounds of the group to be tiny.  I also tried to avoid any use of chord progressions, relying instead on the constanly shifting rhythmic elements and combinations to sustain interest in the pieces.   I made some virtual ensemble performances to highlight the physical elements of the sound.  That element is an important factor in this music and might be lost on just a listen through.   After years of performances with little documentation, I wanted to have some representation that would highlight the sound generating process of the physical action.

The constant search for inspiration leads to experimenting with ideas that don't necessarily fit in within the confines of existing project. Some pieces were written just to be its own thing project with an end.

Music for other people's projects

Music written for other people's projects