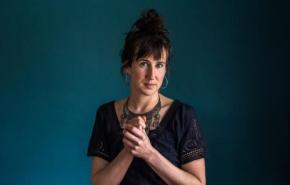 Z is a stage performer and compulsive visual creator whose body of work is primarily devising, directing, and performing clown.  A collaborator and solo artist,  Z creates original productions each of which include improvisation and playfulness hung on a well-rehearsed framework of story and character.  Utilizing music, dance, visual arts and puppetry, Z makes comedic visions come to life.    Born and raised in Baltimore,  Z recently returned after spending most of her... more
View Z's Resume

For each of the last 8 years I have created an original production as part of the Baltimore Choral Arts' Christmas for Kids program.  The goal of the collaboration is introducing children to choral music in a fun and interesting way.

I love classical music, and dream of making a show one day in a similar vein where Pepito performs a full length show with a live symphony.

This was my primary artistic focus for 2018 and 2019.  It's divergent from my other work in that it is designed to be performed without any need for a stage or wings.  It also relies heavily on a recorded sound track which is something I have avoided in the past.

It’s an interactive piece of clown theater that is being  designed to play for the streets and festivals of the world; a visual, physical comedy journey that can be understood by  anyone, anywhere.

The audience themselves are part of the show, and acts are specifically crafted with the goal of participants experiencing  success and being celebrated.

HISTORY OF MOLLY & Z
Pepito y Carmelita is a creation of Z Smith and Molly Shannon.  The two met as students at the San Francisco Clown Conservatory in 2004, and were founding members of Circus Finelli, an ensemble of four female clowns based in the Bay Area. They worked together for years in San Francisco, and then for years lived on separate coasts.  Now, carbon footprints be damned, they are working together again!  They utilize theater, circus, music, and  dance to create original works of clown comedy.

A SHOW IN DEVELOPMENT
Molly and Z began a residency on Vashon Island to finish The Molly & Z Show (working title) in January of 2018. But, they were almost immediately offered the opportunity to perform with Clowns Without Borders in Puerto Rico.  On their return, they decided to put The Molly & Z Show on the back burner and focus on making a street show with the characters they had used in Puerto Rico: Pepito Y Carmelita.

In October 2018 they were offered another chance to perform with Circo National de Puerto Rico, again through Clowns Without  Borders.  On this tour, they were able to try out elements of the show they were creating.  They performed 30  shows for more than 5,000 people.

Inspired by the Clowns  Without Borders mission of bringing laughter where it’s needed most, they continue developing a show that can be performed anywhere and will be used as a platform to spread joy and collaborate with other artists: clowns, circus folk, musicians etc.

Special thanks to: Arturo Gaskins, Mark Jaster, and Dan Griffiths for helping to shape the show

This was my first time working with Emily Schubert as a clown and it was so lovely!

The characters being developed in this piece are not the "red nose" clowns that holds such a loaded stereotype.  Molly Shannon and I are designing this evening length piece to be performed as a whole, or broken into several stand alone acts.  We are creating something to appeal to adult audiences in a European Variety Show setting.

Working in NYC in the fall of 2017, with direction from Joel Jeske, we hashed out the bare bones. We had gotten as far as three 20 minute rehearsal shows (one of which was adapted for a children's audience) and were starting a residency in 2018 to complete the project, when it got pushed to the back burner by our other collaborative project "Pepito y Carmelita."

We would like to find residencies and funding to further develop this project.

The Wiley Sisters Family Roadshow is an ever evolving framework to play on and meet new characters.  Doorleen has performed solo and with many new friends, relations, and lovers. The concept of the Wiley Sisters (Doorleen and Larva lee) and their tumultuous relationship was created with Luz Gaxiola and Molly Shannon.

The Wiley Sisters have performed together and apart in many configurations including an edu-tainment piece at the Seattle Science Fair teaching folks about the workings of the theremin, and making a music video of Brendan Bob Bowers original song "Chicken Bread" which can be watched on YouTube with this link:

This show was devised in France with Finish Director, Jenni Kallo of the Kallo Collective.  Created not long after my mother passed away, and colored by Jenni's darker take on clowning, Pompo and Pipo follows a clown who has lost someone in a tragic accident and is living in a junkyard.  A Clown/Theater piece, the 4th wall is lifted and lowered throughout the show as Pompo swings between a rich imaginary life and the harsh realities of the present situation.

The first (and only) version of this show was performed in 2014 as part of the New York Clown Theater Festival.  I am currently looking for funding and residencies to further develop it.  I'm particularly interested in exploring surprising set designs and further developing the shadow puppetry and object manipulation aspects.

"The more you make the audience laugh, the more you open them up to experience deeper emotions"
- Jenni Kallo, Director

Directed and performed in this one night, cabaret style, performance at the Baltimore Creative Alliance.  Collaborated with partners from Circus Finelli (Molly Shannon / Luz Gaxiola) and The Canary Theater (Anna Fitzgerald / Sophie Hinderberger)

This was a project my friend and I worked on to keep my mind off the fact that my mom was battling cancer.  We were on vacation at a rental beach house.  The clown nose is a tangerine, my make-up is her sisters, the costume came from the local thrift store.

This show combines two of my loves: clowing, and urban vegetable gardening.  I made the props, costumes and set for this traveling show (except the marionette Blinky Winky, created by Tania Esmeralda Padilla)

Luz Gaxiola and I were commissioned by a California non profit, Arts Change, to create and tour a show educating East Bay preschoolers about healthy eating choices.  When I moved to the east coast,  Anna Fitzgerald and I created a new version of Vegetable Party but we never got any traction in Baltimore City.

When the right opportunity arises, I would love to pull this show out, dust it off, and give it another life in Baltimore.

I now run a community garden in my neighborhood of Waverly, so maybe someday when COVID is over it will play there!  IG @old_york_farm

Four clowns from different parts of the nation... and the world, converged at the San Francisco Clown Conservatory in 2005 to form Circus Finelli. They named themselves after beloved teacher and
new Circus Pioneer Judy Finelli, and set off across the Atlantic to debut at Czech clown Bolek Polivka’s theatre in Brno, CZ.

Since then they have been performing, traveling, and aspiring to new heights of the stupid and sublime through music and mischief. They perform at theatres, festivals, and variety shows in Mexico, Europe, and throughout the United States.

It is with Circus Finelli that I developed the character Pepito which I still perform today. I left Circus Finelli in 2011 when my mom got sick with cancer and I moved east to help care for her.  I still delight anytime I am able to work with these past partners.

All Circus Finelli shows were collaboratively devised, though the last two I was involved with were directed by the fabulous Micheal Gene Sullian of the San Francisco Mime Troupe. 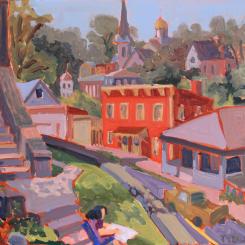 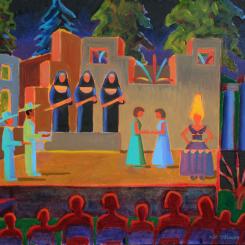 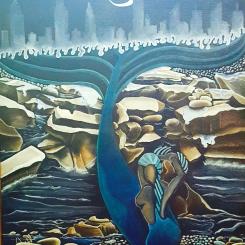 West Lawn of the Capitol.jpg 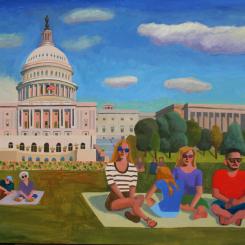 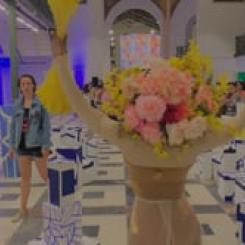 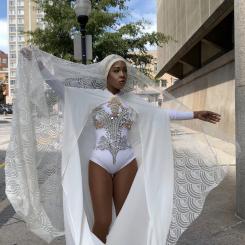 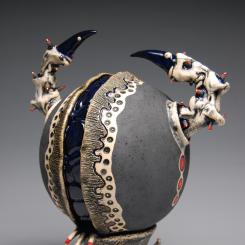 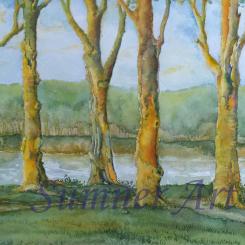