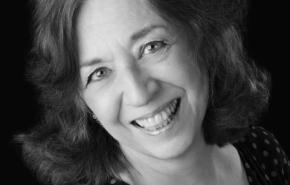 Produced on 4 continents, Rosemary FrisinoToohey has had more than 360 productions of her plays around the world. Making people laugh is a big deal ---10 of her comedies are now published--- although she enjoys writing serious stuff as well and has penned award-winning plays on death, the Holocaust and school shootings, as well as a close look at the life of a garbageman. Writing in an anthropomorphic vein has become a real niche. She's given angst and human preoccupations to cockroaches, starlings,... more
View Rosemary's Resume

A tale of abandonment, rejection and hope in the confines of a clothes dryer.  Left behind by careless owners, three socks and a leg warmer debate their plight. The play attempts to answer the nagging question…where do missing socks go???

The Garbageman won an Individual Artist Award from the Maryland State Arts Council,
was a Finalist at both Dreamcatcher Repertory Theatre (now VIVID Stage) in Summit, NJ, & FutureFest at the Dayton Playhouse in Ohio,
a Semi-Finalist in both the Southwest Theatre Play Competition, Austin, TX &  the New Play Festival at Centre Stage, Greenville, SC,
and, First Prize winner, the Carol Weinberg Award, in the Baltimore Playwrights Festival
as well as Winner of the Oglebay Institute Towngate National Theatre Contest in Wheeling, WV.

“You get up one day, eat a donut, read the paper, and some clown in a Good Humor suit says you’re going to die…”  That’s Gladys’ dilemma in this bittersweet comedy about living and dying.

50 productions across the US, Canada, Mexico and the U.K.

A young Iraqi woman has been killed at a military checkpoint and her death is seen through three sets of eyes: those of the body washer who prepares her body for burial, those of the National Guard soldier who fired the weapon that killed her, and those of a reporter, recording the daily tally of death and destruction in war.

The Body Washer premiered in New York  and has been produced more than a dozen times in the US and U.K.