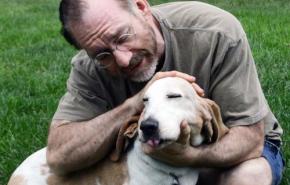 Ron Tanner’s writing has been named “notable” in both Best American Essays and Best American Short Stories and his awards include a Faulkner Society gold medal, a Pushcart Prize, a New Letters Award, a Best of the Web Award, and many others, as well as fellowships from the Michener/Copernicus Society, Sewanee Writers Conference, and the National Park Service, to name a few. He is the author of five books, most recently Far West, which won the Elixir Press Award in 2020 and was published in 2022. His... more
View ron's Resume

Tanner’s high-adrenaline, piquantly funny, bad-to-worse novel is set in the Marshall Islands, where the U.S. detonated 67 nuclear bombs between 1946 and 1958, subjecting the Marshallese to the unending consequences of nuclear fallout. It’s 2004 at the start of this tale of cultural dissonance, hubris, anger, loss, and resiliency, and Cooper, a talented video-game programmer, is about to join a missile-defense group on the island of Kwajalein, a military stronghold on which Marshallese are not allowed after dark. But he has a freak accident after sailing alone across the Pacific from California, following a rift with his fiancée, and begins his stay on Kwajalein in rehab after losing a leg. A bizarre diving mishap has left Alison widowed with two young sons. Jeton, an impulsive Marshallese teenager jilted by his American girlfriend, propels himself into deep trouble. And Art, the flinty cultural liaison, fights discrimination against the Marshellese. In this poisoned island paradise besieged by poverty, disease, and rising sea levels precipitated by global warming, each irresistibly self-embattled character makes grievous mistakes, suffers from regret, and plunges into disaster. Tanner (From Animal House to Our House, 2012), who lived in the Marshall Islands and launched the Marshall Islands Story Project, brings this microcosm of human folly and valor to captivating realization with bracing insights, tangy humor, profound respect, and rebounding resonance.

The ten stories in Ron Tanner's new collection, Far West, range widely--from a ruined fashion shoot in Baja California to a thwarted romance on a Pacific island. Quirky, funny, and sometimes near-tragic, these tales explore the idea of “frontier,” both emotional and geographic, as Tanner’s characters test the boundaries of their ambitions and strive mightily to realize their ever-elusive (American) dream. The author, who has lived and traveled extensively in America’s West, renders these landscapes with sensitivity and beauty, delivering with each story a journey that promises the unexpected at every turn.

From Animal House to Our House: A Love Story

In the fall of 1999, Ron and Jill, then his girlfriend of six months, discovered the house of their dreams: a landmark Victorian row house that had belonged to a notorious fraternity in Baltimore. Unfortunately, it was now a condemned, abandoned property. But Jill wanted the house and Ron wanted Jill. Beyond the wall-to-wall graffiti, collapsed fireplaces and banisters, three dumpsters worth of trash, and hundreds of other ailments, the couple envisioned this house as their future dream home. So Ron bought the 4,500-square-foot ruin, despite the fact that neither Ron nor Jill knew anything about home renovation, and that the project might ruin them both financially and emotionally.

The bank gave them six months to get the house up to code. The neighborhood historians told them flatly, “You’ll never bring that house back.” Ron’s realtor said, “This house will eat you alive.” Impulsive and quixotic—and with two marriages behind him—Ron inspired little confidence. His life seemed a series of mistakes and wrong turns, and he feared that taking on this wrecked frat house could be the biggest mistake of his life. Learning as they went, Ron and Jill were often at odds when working on the house, and there never seemed to be enough time, even after spending every spare moment possible restoring it. Panicked, flirting with bankruptcy, and barreling through disasters, could they learn how to live, love, and work together?

A book for lovers, dreamers, do-it-yourselfers, and fans of old houses, From Animal House to Our House: A Love Story recounts Ron and Jill’s decade-long adventure in house restoration, offering inspiration, insight, and hilarity as they hammer away at the American dream of home ownership and true love.

A Bed of Nails

With cover art representing twisted, piercing fish hooks, this collection of thirteen short stories seems to promise sharp menace and pain. What arises through the movement of the collection, however, is a striking portrait of survival in the face of an overwhelming world. The characters who people these stories are always just barely in control, yet somehow they manage to remain afloat in the flotsam of their lives.

This collection was selected by Janet Burroway for the G. S. Sharat Chandra Prize for Short Fiction. The author’s stories have appeared in such magazines as The Iowa Review and The Massachusetts Review, and have garnered awards including a Pushcart Prize. This is his first book.

One of the more remarkable aspects of Tanner’s style is his subtle handling of wrenching emotions. In “Still Life,” a sixty-seven-year-old man poses as a nude model for a class of college painters, as he struggles to cope with his wife’s death. Suddenly, it starts hailing and the students become concerned that the skylight won’t hold. Tanner manages to take the near-cliché of shattered glass as a stand-in for traumatic event and reinvest it with its original frightening beauty.

The collection’s last story, “The Day His Wife’s Face Froze,” encapsulates the main driving forces of the entire collection. In it, a husband is forced to confront what his wife’s Bell’s Palsy may portend. The story is filled with a sense of isolation. It is up to the individual to make sense of what is given. During an art project with his sixth graders, the husband has made a mask of Fate’s face. It frightens the children and later he wonders what someone would think looking at it: “What could have possessed the maker to create such a face, that drowsy right side, that odd half-smile?” With that question, the collection ends, mirroring perfectly the faces of all of the characters who find themselves pulled between conflicting emotions and situations, as all the while they forge ahead, attempting to smile.

This is a surprisingly strong first collection. Tanner’s subject matter is explored with compassion and an unwavering eye. He falters only in some of his last lines, where he seems to try too hard to underline the story’s point. However, these are mere hiccups in an otherwise confident voice. Overwhelmingly, the stories drive forward, striking a realistic balance between hope and despair, beautifully elucidating the fact that, though fractured, people can still stand.

Post-apocalyptic fiction, once solely the purview of science fiction and best exemplified by novels such as Earth Abides, A Canticle for Leibowitz, and Alas, Babylon, began moving toward mainstream fiction with the publication in 1980 of Russell Hoban’s Riddley Walker. Cormac McCarthy continued mainstream use of the setting in The Road, as did Margaret Atwood in Oryx and Crake. Award-winning writer Ron Tanner ventures into this field with a slim novel that shimmers with imagery both verbal and visual. Tanner’s illustrations are apt comments on runaway consumerism, the foibles of warfare, and totalitarian government in the guise of the local civil servants.

During an unnamed country’s civil war, one family struggles to keep itself together while two of its men are fighting on opposing sides. Penelope and Marcel love each other and their 14 children, but times are very tough: they and their neighbors must scavenge for metal to “contribute” to the Presidential Militia for arms and other items in the war effort. The seemingly endless conflict has nearly stripped the surrounding land bare of trees and edible plants, so scavenging for salable or trade-worthy items is vital to staying alive. The Revolutionary Militia’s leaders seek to overthrow the President and his cabinet and install themselves in their places. The local Presidential Militia representative, Alexander—whom Penelope’s children gleefully call “the Metal Man” and whom Penelope calls Hermes because that’s the name on his shirt—takes his job a little too seriously. During a stop at her house to pick up the required metals that Penelope and her children have scavenged, Alexander insists that she hasn’t handed over enough metal scrap; he’s got his eye on her oven racks. Unable to stomach his smarmy attitude, she slaps him, gets arrested, and escapes to run off with her children to a nearby landfill, frightened that Alexander will find and arrest her again.

The landfill provides the most meager of livelihoods for all who live there. Penelope and her children must do the best they can in their new “home.” Eventually the war winds down, and Penelope waits in hope that her husband and eldest son will return safe and whole from their wartime experiences. Life is uncertain for all of her family; the only sure thing for them is change, whether they want it or not.
Throughout Kiss Me, Stranger the the hardships of life are seen through the veil of familial love and loyalty. Penelope and her children have no TV or videogames or cars or new toys, so they tell stories and sing songs to each other for entertainment. This “reversion” to earlier pastimes softens the bleak existence the characters endure in this story. Tanner uses satire and humor in balanced amounts to convey the irritating nature of bureaucracies as well as the humanity of even the most avoided government official.

Brightly bleak and utterly human, Kiss Me, Stranger is a sort of picture book for adults. It brings home how much our modern world takes for granted, and how some of us might cope when all that “stuff” is taken away. 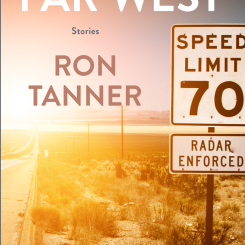