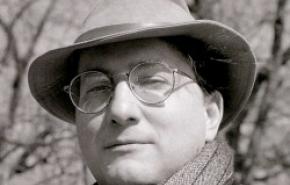 I designed these mosiacs with pieces of varying thicknesses to create surface texture. Several mosaics are formed over three dimensional objects. Some show how the placement of pieces creates movement. Others show the use of large shaped sections.

Interactive Table Mosaic at the Baltimore Museum of Art

Designed for the exhibition "Antioch, the Lost Ancient City" Visitors enjoyed filling in mosiac patterns and borders with loose tesserrae.

These "Uncertain Games" have uncertain rules. The game boards and markers are mainly visual and players are encouraged to improvise the moves.

The Map of the Ancient and Medieval World was completed for the renovation of the new wing at The Walters Art Museum in 2001 and is on permanant display in the second floor lobby. It is made out of three wooden panels seamlessly joined and mosaiced with over 150,000 glass tesserae. It measures 9' x 12'
The map centers on the Mediteranean Sea and the Middle East. From there it extends to the British Isles, Central Africa, India, and Siberia. 33 cities are marked with a small red disk. The land masses are borderless--no countries are indicated.
From the upper corners, wind gods blow sparkling breezes across Europe and Asia. From southern Africa, the Nile snakes its way up through the ancient cities of Egypt. A gold tile marks Venice. A sea dragon patrols the Atlantic waters and leaves swirls of glittering glass in its wake.

Making the Mosiac Map of the Ancient and Medieval World

I made the Mosaic Map of the Ancient and Medieval World on three panels of marine plywood. A paper cartoon was laid over each panel and outines of land masses, oceans,etc. were traced through. I used P.V.A. glue to adhere glass to the wood. After the outlines were mosiaced with lines of tiny pieces, I filled in the surrounding areas with larger pieces. No two pieces are the same.
The pieces are made from molten glass which is poured onto tables and then rolled into thin sheets of various colors and textures. The sheets are purchased by mosaic artists. With glass cutters and special pliers the sheets are reduced to strips which are cut again into squares, rectangles, and other small shapes. These pieces, called tesserae, are then sorted by size and color. The main colors in the map are green for land, blue for water, and cream for deserts.
At the Walters Art Museum, the three panels and a wave border were joined and then secured permanently to the wall. The Map measures 9' x 12' and contains over 150,000 glass tesserae.

I created this collection of mosaics using traditional methods of laying tesserae. Patterns on the glass surface create movement and halo effects in the backgrounds.

I created a series of mosaics that lead to a center or radiate from a center point.

These mosaics are the result of my travels to see artifacts from the ancient cultures of Central and South America. Mayan carvings and Inca textiles inspired the designs.