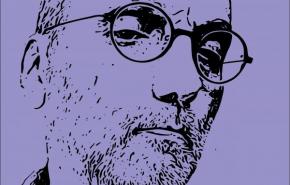 “I stepped out of my own existence and found myself.” ---Fernando Pessoa in The Book of Disquiet ________________________________________ I find myself stepping out of my professional existence and sketching and thinking about dwellings, some based on ideas, others stream-of-consciousness expressions. These are my oneiric houses—my houses of daydreams. They are houses where my daydreams dwell.  I draw with a fountain pen in sketchbooks. But I also sketch with commercial modeling software... more

... and found myself  —imagining houses with feet and personality—animal-like houses and follies.

...  and found myself —along with Craig Purcell and Lynda Burke, co-founding and co-editing the experimental, independent architectural journal T3XTURE. The journal creates  literary connections with forty-five architects, artists, researchers, and others from the US, South America, Europe, Africa, India, and Asia. The “archizine” explores how aspects of architecture – texture, ornament, and pattern – missing from modern architecture of the past century–connect architecture to people, place, and time. The original concept is inspired by  the 1960s periodicals, Archigram, AD, Casabella, and Domus—launched in response to social, political, and artistic changes.

In addition to editing and publishing, Randy was responsible for the publication's graphic design and layout. He also contributes critques, think pieces, and illustrations to coincide with the theme.

... and found myself—transforming my line drawings into form, material, pattern, tectonics, and light, albeit in the realm of ones and zeros.

Meditations on a Hobby House

... and found myself —dreaming about hobby houses—sampling them—living in them—ornamenting them— loaning them to the Titan. Like the hobby horse, these hobby houses are substitutes. They are not houses that provide shelter or  that one might physically occupy, however, they function as dwellings [houses] for one's imagination.

... and found myself—imagining towers. To paraphrase Gaston Bachelard, A [sketch] is a bud attempting to become a twig. How can one not dream while [drawing]? It is the pen which dreams. The blank page gives the right to dream.
These sketches are six inches by six inches in size, drawn in a Fabriano Quadrato Artist's Journal with Birmingham Bourbon ink and Prismacolor highlights.

... and found myself—obsessed with a painting by Rene Magritte. The iconic painting  depicts a water glass on an umbrella. Magritte thought of the combination as a new object that  simultaneously "wants and doesn't want water." An amused Hegel might take a holiday just considering it. Thus the name, "Hegel's Holiday." This series explores inverting the two elements—effectively canceling the intended use of each—placing the glass upside down to prevent it from collecting water and flipping the umbrella to collect water rather than shed it. These representations, place the canceled object in an ambiguous relationship with its context. Is the umbrella balancing on the moon or sitting on the horizon? Might this amuse Magritte? Hegel's Holiday would certainly be cancelled, too!

Who knows, he may even Praise the Dialectic?