Miceal O’Donnell is an acute observer of the fractured person. In his films he exposes the inner workings of his characters, and challenges the viewer to condemn them. He also can’t help but to find humor in the most wretched of situations. He has written dozens of short and feature length scripts. He has directed a number of short films and seven feature length films. Nearly all of his films have been made with little to no budget. Collaboration with others who are looking to practice filmmaking... more
View Miceal's Resume

The Star in the Mirror

"The Star in the Mirror" premiered at the 2021 Maryland Film Festival and was funded through a successful crowdfunding campaign.

Brief Synopsis: Harold invites a music promoter, Brigit, to his house under the pretense of a blind date. He then tries to force his music on her. Harold responds poorly when she shows no interest.

For this short film, “Sea Monster,” we wanted to make something for the WTF short film blocks at film festivals, while also focusing on theme and character. Although we’ve enjoyed many of the After Dark films and the WTF films, we felt they were often singularly about the WTF moment. With that, our goal was to make a movie that worked regardless, and then to add the most absurd thing in that we could.

Thematically, it is about no one actually experiencing their own lives. From Heather who wants to live through her roommate. To Sydney who doesn’t want to a make any of her own decisions. To Kenny, who has a problem with falling asleep during all his big moments.

Poster tag line: Heather dares Sydney to sleep with the “Big man” on campus, and gets more than she bargained for.

Logline: Heather wants to watch her roommate have sex with the big man on campus, but learns from her hiding spot under the bed that he turns into an alien monster when aroused.

Deeper is a stop motion short film that spans the course of 100 years.  The film focuses on the representation of three characters in different eras, and has fun hypothesizing on how technology affects their relationships, communication, and expectations.

Blue Light: Haunt My Dreams is a short film loosely based on the web series we shot by the same name.  The movie is about a housewife in the 1950s who is unsure if she is losing her mind or experiencing something from the realm of science fiction.

The film was shot in somewhat of an experimental way.  We shot part of the film, and screened it in front of a live audience during Charm City's Nights on the Fringe.  During the screening there were actors staged throughout the theatre, who interacted with the characters on the screen.  We then filmed the staged actors at the live performance to incorporate into the finished film. With this project we were excited to get Jessie Pinnick in one of the lead roles.  We had met Jessie at the Maryland Film Festival, where she was promoting Princess Cyd - a feature where she plays the lead, Cyd (since written about in IndieWire, RogerEbert.com, variety, Village Voice, etc.)

Blue Light is a Twighlight Zone inspired web series with its six episode first season complete.  The show starts with Mildred, a 1957 housewife, coming home to find people from the future talking to her through her television.  Throughout the episodes, Mildred regularly doubts her judgement and sanity, and opts to clean when faced with the possibility of ghosts, home invaders, or simply losing her mind.

Blue Light has been written about in several online magazines, including Tubefilter, and has recently won "best creative direction" at the BNM Web Fest.

Between the Devil and the Deep Blue Sea

Between the Devil and the Deep Blue Sea is an independent feature film shot in Philadelphia and Baltimore featuring Brian Anthony Wilson from HBO's The Wire. The film was shot on the Scarlet Red camera on a micro budget.

Thematically, the film explores how one's life can turn when emotional intelligence or impulse dictates one's actions in the face of conflict - emotion versus the intellect.

Logline: After release from prison, Billy has one chance for a new life. Caught between a sea of violence and his own demeanor, can he escape?

Dante and Minnie is a feature length independent film shot on the Canon 7D. It is a Christmas movie shot in June 2011 in New Orleans, LA.

Swallow is a 20 minute short film shot on the Scarlet Red camera in the Spring of 2012. It premiered at the Timecode:Nola Film Festival 2. The film is the exploration of a man whose idea of the world has been shaped by means of conditioning through guilt and shame. Swallow explores this man's life by means of an organic stream of consciousness - where all things have already happened and represent the flashes of images that would likely happen in a single moment of conflict. The film is a tribute to those raised in a strict Catholic household.

A Satisfactory Life is a short film shot in Baltimore MD on the Canon 60D. A different short film was intended to be shot that day, but required an outdoor location. Due to rain, on the day of shooting the script was changed.

The Victory Lounge is an independent feature film shot in New Orleans, LA in the Spring of 2012, featuring an ensemble cast of local actors. The film was shot on the Canon 60D.

Thematically, the film deals with characters who are caught up with competing to project a false image of themselves to the world to deal with a deep torturing insecurity. The Victory Lounge is a dark comedy that often reaches into exploitation in its attempt to share the characters' humiliations with the audience. 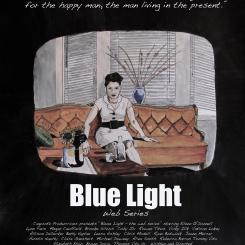