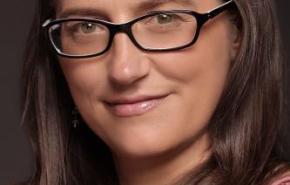 Flutist Marcia Kämper became a permanent member of the Baltimore Symphony Orchestra after performing with the orchestra during the 2005-2006 Season. Her first month in the orchestra included a European tour under Music Director Yuri Temirkanov. In 2006 Maestra Marin Alsop became Music Director and Marcia was her first hire and first musician to receive tenure. Ms. Kämper has performed several solo concertos with the BSO since joining, including J.S. Bach's "Brandenburg Concertos Nos. 2, 4 and 5"... more
View Marcia's Resume

Stockhausen's Klang production at the Metropolitan Museum of Art March 2016

Karlheinz Stockhausen's complete KLANG cycle was presented over Easter weekend 2016 at three Metropolitan Museum campuses in New York City. On Friday, March 25, the performance began at the Breuer Building, former home of the Whitney Museum. The following day, Saturday, March 26, the performance started at The Cloisters, home to the Met's medieval collection, before continuing on to the Breuer Building, and concluded with a farewell concert in the Grace Rainey Rogers Auditorium in the Metropolitan Museum of Art.

KLANG is a cycle of 21 individual pieces, featuring 42 onstage performers. The music is a combination of electronic and acoustic material in Stockhausen’s eclectic style, which can range from luscious romanticism or minimalism to austere modernism. The total duration of the cycle is slightly more than 11 hours. Most of KLANG has never been performed in the US until this production.

Marcia Kämper performed flute in the U.S. premieres of Paradies and Balance as well as Harmonien and was the sound projectionist for Nebadon and Havona from Karlheinz Stockhausen's "Klang" at the Metropolitan Museum of Art and The Met Breuer in New York City.

This production was listed on vulture.com as one of the ten best classical music performances of 2016.

I perform frequently on the Chamber Music by Candlelight series, and was named Co-Artistic Director in 2014. I find it very important to be able to curate the exceptional talents of the musicians of the Baltimore Symphony Orchestra to create a collaborative exhibition of chamber music, both old and new.

These are live recordings from free chamber music concerts at the Second Presbyterian Church in Baltimore.

Five composers are invited to compete in person. On the morning of the event, the finalists are assigned an instrumentation and a secret musical ingredient. They have just five hours to write a piece of music that incorporates those two elements. Their work is then performed and judged on a public concert that same evening.

ANALOG arts established Iron Composer in 2007. In 2009, they relocated the contest from Omaha to Cleveland, where it has been hosted by Baldwin-Wallace College ever since. WCLV 104.9 FM broadcasts every competition live to its broad audience in Northeast Ohio, and people from around the world can tune into the simulcast on WCLV.org.

We are currently working on the eighth iteration of the international competition, and we are also planning to have a satellite Iron Composer competition in Baltimore for area composers and musicians.

I was the surprise performer for the 2007 and 2011 competitions. Filling the role as a performer for this event is very demanding, as it implies sight reading of new music and a live stream on a major radio station!

This long-running project has also benefited from collaborations with premier performers and composers from all around the world. Baltimore's own Monument Piano Trio was a surprise performer one year, and we've also had Baltimore composers as finalists.

The original idea for Iron Composer came from Lucky Mosko’s composition workshops at CalArts where composers were just as likely to get a bag of carrots as a secret musical ingredient as they were a motif.

ARTSaha! 2006 highlighted the Samuel Beckett centenary with a program of several short plays, including Quad, Nacht und Träume, Breath, Come & Go, Not I, Rockaby and Act Without Words II. In the attached trailer for the 2006 Artsaha, you can hear me playing piccolo for the modern reworking of Jean-Philippe Rameau's The Festivities of Hebe. Other events of ARTSaha festivals included a concerts of electronic music in the Mallory Kountze Planetarium, a full-scale production of Antheil's Ballet Mechanique, The Iron Composer composition competition, an Aeolian Kite-In, and a realization of John Cage's ASLSP.

The ARTSaha festivals enjoyed fruitful collaborations with principal members of the Baltimore Symphony, the Omaha Symphony, as well as a production partnership with the University of Nebraska at Omaha.

I am a co-founder and Co-Artistic Director of ANALOG and the ARTSaha festivals. My involvement included artistic planning as well as deep artistic involvement every year.

As a co-founder and co-director of ANALOG, I am amazed at the vast resources needed to produce a festival every summer and thankful to everyone that participates. I always enjoy performing in these concerts after all the hard work has been done to make them happen.