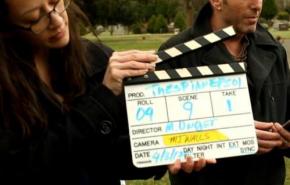 Marc’s been a national headliner for years and has performed regularly at many of the nation’s top comedy clubs including The Comic Strip and Gotham Comedy Club in New York and the world famous Comedy Store in Los Angeles.  Marc’s writing and film directing credits include two optioned screenplays (“Adam’s Rock” and “Go With the Dog”)” as well as several short films. His first directorial effort, a short film called “The Filchaks Take a Gamble”, a piece which he also wrote and costarred was... more

"25 years from now... is sooner than you think." After 25 years, a Gen X stand up comic with a once promising career finds himself back in Baltimore living just a few yards from the apartment he left behind to move to New York and pursue his dreams of artistic fame. Determined to remain creatively relevant, he decides to hit “reset” and head back down the path from which he strayed- serious acting. Only this time he’ll do it right.

Marc and Maria Unger are husband and wife co-creators and executive producers of the independent series Thespian. After shooting the first two episodes out of pocket, Marc and Maria launched an Indiegogo campaign to fund a full season, which went on to raise nearly $10,000. With the help of a few extraordinary (albeit underpaid) local crew members and an extremely talented cast of DMV regional union and non union actors, the couple completed the 8 episode season, all of it written and directed by Marc, over the period of one year. From casting calls to final post production editing, Marc and Maria did it all together.

With Thespian, I knew I wanted to tell a story that wasn't just a satire about actors and acting. There are enough of those. At its core, the show is about perseverance, maintaining relevance as we age and finding your way. Working with an extremely limited budget, it was vital that we find compelling locations, talented actors of course and strive to make the story telling as honest as possible. Scenes shot in places like a bowling alley or a music venue during a live performance happened because I was given last minute access to those places and wrote for the location as opposed to the other way around. I feel that stuff gives our show an authenticity and a vitality that can often times be lacking when you simply don't have the budget to lock down tough locations. We just said "screw it" and shot there anyway. Often times, due to location or actor availability we found ourselves shooting eight or nine pages of dialogue a day and one of the directing challenges I faced was getting the coverage we needed but maintaining a truth through the lens that feels natural and not rushed. Luckily, the actors we worked with understood the rhythm of Thespian and delivered every take. Directing yourself can be very difficult to pull off but I had the support of cast and crew who made sure they knew their lines, they're camera movements etc so that I could focus on creating textured performances that felt authentic. We trust there are no forced moments in Thespian.

We shot the first two episodes and then used them as a way to help fund our Indiegogo campaign, the scariest "launch" of my career. I was convinced that no one would contribute or care and yet somehow (with no rich relatives at all) we were able to raise nearly $10,000. My point is that with an eight episode season, and not knowing where the production money was coming from, I had the challenge as writer of having to create on the fly. Actors moved away, some weren't available on the weekend we were shooting and I found myself late at night rewriting and creating new shot lists to accommodate the cast we had available that following day and finding inventive ways to keep main characters integrated into the overall story. Again, I hope I succeeded. With my wife Maria as my partner, assistant director, script supervisor, co-editor, boom operator at times, production assistant and love of my life making "Thespian" represents the pinnacle of everything I've learned as an artist and after a crazy year long shoot (we only shot on weekends because Maria's a special needs teacher) and all the post production work, done mostly by Maria and me, that breath we now get to take feels so, so well deserved.
We're especially proud of our efforts in telling a Baltimore story populated by local actors, writers and musicians and presenting the city in a light that, sadly, the rest of the world seldom gets a chance to see. The way businesses and individuals stepped up to help make this happen is truly remarkable and our goal is to shoot a second season and a third until the full story of Adam and the other characters in Thespian can be told.

From Pilot Episode of Thespian.jpg 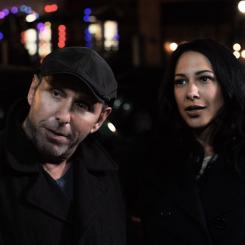 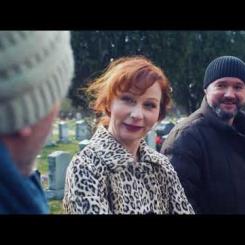