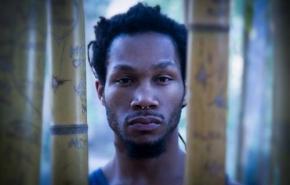 ILL Conscious is a hip-hop artist based in Baltimore, Maryland.  With a fresh innovative approach, ILL’s style is still pleasantly reminiscent of the authentic 90’s hip-hop era. Since 2007, ILL has been performing along the east coast, mid-west and has sparred in several battle competitions where he would come out as the victor.  He has been featured on numerous rap blogs, online magazines, excerpts, and has been quoted as a mix between a later-in-his-career AZ, a Capital Punishment Big Pun,... more

The Essence is Ill Conscious's official debut solo album that was released in Summer 2015.  The album was essentially created for true hip hop heads, thus giving the listeners that underground boom bap sound.  The production team on the album ranges from Copenhagen producer, M.W.P. to Norwegian producers Loop.Holes.  The Essence epitomizes the foundation of the Golden Era, when hip hop was pure and unadulterated.  Every lyric on the album was narrated observing through the scope of a Baltimore native.  Supporters of the Baltimore emcee agree that The Essence is the embodiment of social and political commentary within the urban inner city communities.  The Essence was an important album because it was a response to the Freddie Gray tragedy and other police brutality cases around the world.  The undertones in this project are that of civilians marching against injustices worldwide.  Ill Conscious' The Essence, also acquired his first vinyl deal through the United Kingdom's most notable vinyl record label, Chopped Herring Records.  In turn, this created a business relationship that would serve as promising and benefcial for Ill's future projects.  Ill Conscious has a good contrast of consciousness and street interpretations  that all sides of the hip hop community can appreciate. The Essence is a necessary album for all listeners and it connects all elements of hip hop that have been absent from many projects of this generation.

The Prerequisite is ILL Conscious's sophomore album that was released February of 2018. On this project, ILL displays his lyrical prowess over a soundscape created by international producers ranging from Scandinavia to South America. Considering that the first album had very serious and conscious undertones, The Prerequisite introduced a different tone from the Baltimore emcee as a insightful bragadocious lyricist who can still spit that raw grit. During The Prerequisite campaign, ILL Conscious and rap counterparts Dirt Platoon & Guy Grams went on a 4 date mini tour in Paris, France, and London, England. It also created a buzz in Chile where ILL later toured in 2019.

Sorcery is a collaborative EP by Baltimore's Ill Conscious and Portugal's Mz Boom Bap.  Despite being separated by the Atlantic Ocean, the two cities of Baltimore, MD and Amarante, Portugal share the same longitudinal meridian coordinates.  The connection became eminent as Mz Boom Bap and Ill Conscious share a common love for 90's golden age boom bap hip hop.  They met through mutual sorces and continued to build a networking relationship that would later transition into one of the most timeless EPs of this modern generation.  Both styles compliment one another making Sorcery an instant classic among underground hip hop fans.  Sorcery was released through Vinyl Digital, one of Germany's most prolific indie labels.  Sorcery is available on all major digital platforms, CD and vinyl.  Features consist of King Magnetic, Omnia Azar, Cyn Hawkes and DJ Grazzhoppa.

Parimore is a compilation project that includes both an EP and a documentary placing emphasis on the daily endeavors, objectives,  as well as the pros and cons of being a true independent artist on the road or abroad.  ILL Conscious and his rap couterparts, Dirt Platoon and Guy Grams went to Europe on a four day mini tour targeting their core audiences in respective regions.  The Baltimore emcees have worked with Parisian producers & DJs prior to their trip abroad. However, with all parties in one setting, ILL Conscious and his comrads were able to create an opus that bridged the gap between two cities, more similar than you would imagine - Paris and Baltimore. The experience created new opportunities for them that would serve as beneficial when ILL Conscious returns back to Europe in 2020.  The EP, Parimore is now available on all major digital outlets and CD.

LOGISTIX is Ill Conscious's 4th official solo project.  The album is a collection of Ill Conscious singles from 2017-2019, that was later compiled into an actual LP release.  Features on the project include some of the top underground up and coming lyricists, such as Baltimore's own Jay Royale and Ghana's Recognize Ali.  Logistix was released Summer of 2019 and is considered a top candidate for Album of the Year amongst his supporters and reputable sources.   The album is also Ill Conscious's 3rd LP to acquire a vinyl deal through the UK record label, Chopped Herring.  Logistix has a sound that is more modern day boom bap, with hard, grungy, dusty beats and stellar lyricism.  The album is available on all major digital platforms and CD.  For the vinyl collectors, stay tuned as pre-orders for Logistix will begin January 10th, 2020 on the Chopped Herring Records website.
choppedherringrecords.com

Since 2017, Ill Conscious has been collaborating with several artists, producers and DJs from Chile, South America.  When The Prerequisite released in 2018, it featured Chilean underground artists, Papitas Freestile, DJ Dacel & Chilean producer Hi-Cees.  Ill's fan base increased tremendously in Santiago, Chile in particular and it was evident in his end of the year analytics and streaming reports (2018).  Targeting his core audience, Ill decided that it was a great opportunity to reach his fans & supporters on the ground.  Papitas Freestile affiliates, Sound Bastard, a promotional company for events, would then bring Ill Conscious to Santiago de Chile (Spring 2019) to headline four events with local known acts for support.  Other Chilean artists Ill Conscious has worked with before include Bruto CHR, DJ Audas, Sello Personal, Joe Bananas and MC Bubaseta.  Ill Conscious continues to plant the Baltimore flag in all parts of the world.  The networking relationships between Papitas Freestile, Sound Bastard and Ill Conscious proved that even with the language barrier shared across thousands of miles, hip hop is international and a universal dialect.

Baltimore Boom Bap Society is a platform hosted by DJ Dubble8 & Wendel Patrick where different musicians and local emcees create live improvised hip hop.  The event takes place once a month. However, after taking several months hiatus and relocating the venue, Baltimore Boom Bap Society finally returns with a even more polished look.  This event is a collaborative experimentation, or rather a dialogue between hip hop and other forms of music that would not exactly meet in a conventional setting. The musicians and the hip hop artists have no prior rehearsal or preparation.

"The diverse combinations serves as a way to explore a hybrid improvisation and beat-based composition."
Ill Conscious has been a part of several Baltimore Boom Bap Society series and you can see the growth & comfortability in his performing artistry since 2015.

This showcases just a few of the many radio sessions and interviews that Ill Conscious has participated in, spanning the city of Baltimore, all the way to New York City.

The radio is a very important resource for artists to effectively promote their material.  The radio is a first hand account and extension to the people.  While many FM stations are limited to regional areas, resisting to play hometown artists, local creators seek refuge in XM stations that provide a global platform for underground hip hop.  DJs such as Eclipse, Premier, and Statik Selektah have been at the forefront of breaking new hip hop acts.  Radio is responsible for bringing the emcee to the fans.

Since 2015, Ill Conscious has opened up for many legends in the industry from Redman to Scarface.  Here are some photographs of some of the legendary artists that Ill Conscious has had the opportunity to build and network with.

There comes a time where the legendary emcees and players in the industry must put the next generation of emcees on to the game.  Whether its a collaboration or being the opener, it is imperative for up and coming artists to be able to have these opportunities.  It is reassurance that hip hop is in good hands for the future. 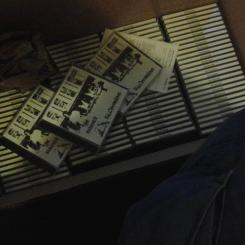 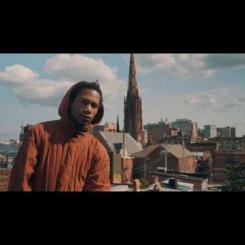 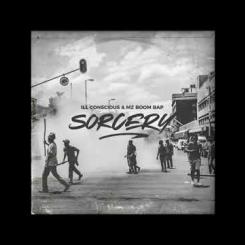 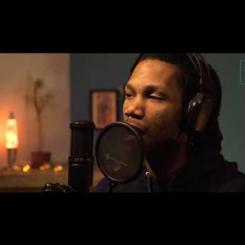 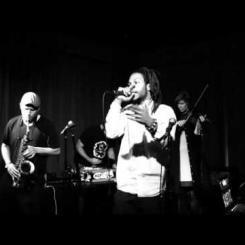 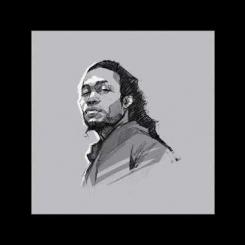 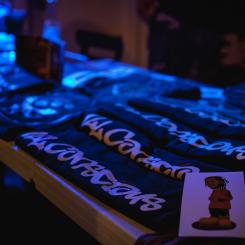 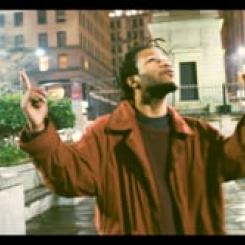