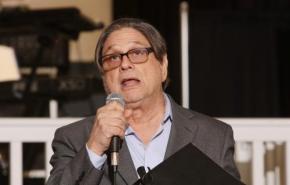 Grammy-nominee Larry Hoffman is an award-winning composer whose works have been performed throughout the United States and in Europe. While earning his Bachelor’s and Master’s degrees in theory and composition from the Peabody Conservatory, he received grants from the Fromm Music Foundation at Harvard and the American Music Center.  Upon graduation, Larry was the recipient of Peabody’s Gustav Klemm Award and Otto Ortmann Prize for compositional excellence.  Among his other works are Music For... more
View Larry's Resume

Blues for Harp, Oboe, and Violoncello

"Blues for Harp, Oboe, and Violoncello" was my first attempt at infusing blues essence into a contemporary classical work. This mission to put blues on the serious concert music stage was a primary force leading me to composition; I was hoping that this "experiment" would be successful.

The performers who first championed this work are well-known to serious listeners and players of classical music. Oboist John Mack was dubbed "the dean of American oboists" by the New York Times. Harpist Yolanda Kondonassis, who debuted at 18 as a soloist with the New York Philharmonic, has won countless international awards; and cellist Bryan Dumm remains a highly respected cellist of the Cleveland Orchestra. They honored me with both this recording and a special live performance in Cleveland, Ohio. Their performance can be found on my CD "Works of Larry Hoffman / Contemporary American Music.

Among the other subsequent performances of this work, were those presented in Washington, DC; Pittsburgh, PA; the Breckenridge Music Festival; and the Sante Fe Chamber Music Festival.

This is my latest work, and my fourth string quartet, completed November, 2019. It is composed in three movements, each with a very different mood, described by its title. There is no underlying message -- just the music.

This work is scored for Flute, Clarinet, Oboe, and Harp, and is in one movement. It is about the universal mystery, fantasy, expectation, longing, exultation, and disappointment that can in turn undermine, determine, and enrich our relationships. Anna is an Achetype-- a metaphor. It is found on my CD "Works of Larry Hoffman: Contemporary American Music"

Composed in 2015-16, this is my homage to "Old-Time Music," the country music (or "hillbilly music" as it was called) in the 1920's and 1930's. I spent many hours as a teenager playing and singing this music for and with friends--employing my arsenal of guitar, harmonica, autoharp, and banjo. This genre is closely linked to the folk dances of the period, which accounts for the titles of the two movements. I felt that the woodwind quintet --a favorite medium of mine--was a perfect one to bring out the exuberance and sweetness of this overlooked and wonderful American folk music.

This work was premiered by talented Baltimore Symphony cellist Kristin Ostling, who devoted herself to bringing out the depth she felt in this piece. She was brilliant. Her performance here was taken from my CD "Works of Larry Hoffman : Contemporary American Music" (DBK 701), and was singled out by more than a few reviewers who were moved by her performance.

The work is conceived in five brief movements, in homage to the immortal cello suites of J.S. Bach.

This, my third string quartet, was completed in the summer of 2019. I love writing for this ensemble, and treasure the works of the masters who have made it great -- from Joseph Haydn through Elliott Carter, with special mention and homage to Bela Bartok, whose love of his native folk music permeated and was celebrated so thoroughly throughout his brilliant work.

I've always felt that the power of the blues, as grist for developmental music, was terribly neglected if not blatantly ignored by our American composers; and so I've committed myself if not wholly, then certainly in great part to an attempt at change in that direction. Jazz-- and I do love jazz!-- perhaps because of its cerebral antennae and veneer of sophistication, has been mined over and over again, to various amounts of success, and always finds respectability. Blues, on the other hand, in its purest aspect, seems to be treated now as despicably as it was at its inception in the early decades of the twentieth century --even by African Americans in the American South.

Colors for Trumpet and Percussion

This is my first work for guitar--a surprising realization in that guitar is my instrument! Perhaps that is why I've shied away from it. Being conversant with blues styles on the guitar, as a player, analyst, and historian, I have for the first time combined my original playing styles-- inspired by the authentic blues artists --with my atonal compositional voice. In this piece I went for the more integrated approach of both languages as opposed to the hard-line contrasts I employed in previous works.

The nuances of the blues are incredibly and wonderfuly complex and expressive, both from a rhythmic as well as a melodic aspect. Microtones of all stripes abound, shaded by glissandi both subtle and gross, while the rhythms -- sometimes erratic-- chug on. The harmonic patterns, usually stretching no further than the tonic-subdominant-dominant orbit, are somehow made fresh, as are the blues scales (primarily pentatonic) by their bent and shaken and sliding notes. Much of this is due to the highly personalized languages of the blues, remade anew by each of the authentic, creative artists who shaped and reshaped this great music over the decades.

The blues sections of this work are drawn from my original blues music, laced with -- and sometimes based on-- the authentic underpinnings of the traditional music.

There is no improvisation whatever! Each nuance is carefully notated. I had to invent certain techniques to bring about the "non-western" elements. But if followed carefully, the score will produce the authentic sound that is present in this performance.

In String Quartet No. 2 I extended my concept, employing four different keys -- sequentially -- each joined to the other in turn, until all were spun together as a fugue standing as the work's climax. The Dover Quartet, who recorded this work as The Old City Quartet, also premiered this piece in concert. The Dover ensemble is simply wonderful; and, at the time of the recording, was the finest string quartet at the renowned Curtis Institute of Music -- and the first string quartet in residence there.

Among their many prizes and awards are as follows: three Special Prizes at the 2013 Banff International String Quartet Competition, the highly prestigious Cleveland Quartet Award, Lincoln Center's Hunt Family Award, the grand prize at the Fischoff Competition, and special prizes at the Wigmore Hall International String Quartet Competition. Their recording of this work can be found on the recorded compilation: "Mozart & The Contemporaries ," 2011 (CRS CD1191) ©2011 CRS Artists
https://www.discogs.com/The-Old-City-String-Quartet-John-Russo-Mozart-The-Contemporary/release/8666307

This is my most-performed work. At least five string quartets have performed it publicly. It had its premiere as part of the Smithsonian Institution Chamber Music Series, and found other quartets around the country who also played it. It was peformed in Sweden more than once, and featured on local television in Baltimore. The present performance was part of a program held at Harold Washington Library in Chicago during the same weekend that my "Three Songs for Bluesman and Orchestra" -- a work commissioned by the Chicago Sinfonietta--was premiered at Dominican College and repeated the next evening at Symphony Center, home of the Chicago Symphony. 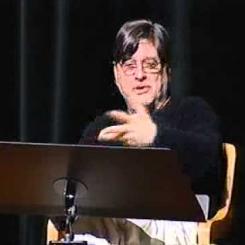 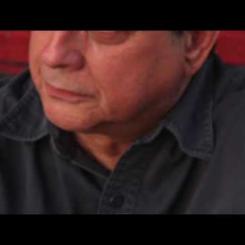