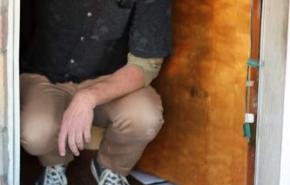 Writing is always an experiment, a testing of possibilities. A word, sentence, paragraph finds itself to the page/computer screen and asks, What do I mean, Where am I going? The questions they ask can’t be answered—words are that polysemantic, multivalent. The next word/sentence comes along, looking for a solution, but only asks those questions again. You are left with a story, or an essay, a poem—somehow complete, if you’re lucky—but it still asks, What do I mean?   All of this at least for me... more
View Joseph's Resume

A Long Time Ago

A Long Time Ago is a work in progress begun in June 2021. As I believe was common these past few years, I spent a good amount of time during the pandemic thinking over the events, small and large, of my life. This manuscript is a product of that contemplation.

Always Never Speaking: 50 Flash Fictions, with commentaries by the author

In 2019, I self-published a collection of my flash fictions written over the past ~10 years. The stories range from 1/3 of a page to about 4 pages and describe the events in a wide range of characters' lives: a young man and woman forced to leave their apartment after breaking one of their roommate’s antique toys, a teenage boy who learns to fly to deal with his loss and grief, a group of people investigating why a hot baked potato was flung carelessly into a crowd, a woman who loses her beloved red hat, a deceased David Bowie, and the heroes/villains from a couple of Shakespeare’s plays.

I self-published the book so that I might take part in each aspect of the book’s production. I designed the book cover, I typeset the pages, I edited each of the stories, and I made a variety of promotional materials, including a video in which the author Joseph Young (me) is interviewed by Joe Young (me), and a playlist of sound collages and spoken text that I posted to Bandcamp. I very much enjoy trying out new artistic ideas in sometimes very new media, and taking on all of these jobs allowed me to experiment, explore, and learn.

In addition to the 50 stories in the collection I also wrote very brief commentaries on the beguiling and always-shifting nature of flash fiction.

Easter Rabbit is a collection of microfictions that was released in late 2009 by Publishing Genius Press. The book was widely reviewed in the independent press community to good acclaim and was chosen in 2010 as the City Paper Best New Book by a Local Author.

In 2009 I organized a release party for Easter Rabbit that included original performances of stories from Easter Rabbit as acted by musician Caleb Stein and artist Linda Franklin  and adapted for the stage and directed by writer Nancy Murray. The release party also included original music from the band Sweatpants (Adam Robinson and Jamie Perez) and art from painters Magnolia Laurie, Laren Boilini, Luca DiPierro, Christine Sajecki, and Kathy Fahey, as well as an art installation from Graham Coreil-Allen.

Stories from Easter Rabbit have been taught in classrooms and workshops by several instructors including Justin Sirois and Brian Noel, and students from the classes of MICA art instructor Megan Lavelle created video interpretations of Easter Rabbit stories.

The book was featured in many essays, reviews, and interviews including the following:

In: A Brief History of Fables: From Aesop to Flash Fiction by Lee Rourke: "Joseph Young: from microscripts to microfictions"

Radio Interview, with Aaron Henkin on The Signal, which doesn't appear to be archived.

A variety of essays I have written and published over the past year. Over the pandemic, I became particularly interested in animals and animal consciousness.

Over the past 10 years, I have designed a number of pdf chapbooks of my written work, which I have posted to Issuu. These booklets were made to showcase self-contained writing concepts I thought were best served in a chapbook form that could be self distributed on the Internet.

When You Drip I Drip So

The Guides to Ossabaw

The Death of Ivan Illyich

The Paintings of Forrest Bess

5 drawings of the maryland sky

For more than a decade, I have been installing my extremely short stories on the walls of private homes and art galleries. By means of a process called photocopy transfer, I print these site-specific stories directly on the walls, as well as on wood panels, canvas, paper, and other materials.

I've long wanted to occupy an entire Baltimore rowhouse with these microfictions (10-50 words), installing stories that tell the history of a fictional family who lived in that home—their lives, hopes, trials, happiness and sorrows.

Recently, I decided to take the matter into my own home, using that familiar and intimate space to create MicroFiction RowHouse. After installing 40+ stories, I share my home with this fictional family and its spirits. The stories are of many shapes and sizes to match the space they are printed on, the room they occupy, and tale they tell.

Events were held at the project space and included two literary readings, hosted by local writers Jamie Perez and Justin Sanders, two musical performances by local bands Duchess and the DeadBirds and The Mole Suit Choir, an opening reception, and three workshops. A workshop led by encaustic painter Christine Sajecki taught participants about photocopy transfer, a workshop on the art of ranting was led by writer and publsiher Dylan Kinnett, and I led a workshop in microfiction writing.

Articles on the project appeared in the art blog Hyperallergic and the Baltimore Sun and I was interviewed about MicroFiction RowHouse on WYPR.

For a bit longer than 2 years, my practice consisted largely of creating digital collages–a project I called Newer Comics–using, quite often, the artworks of artists throughout art history, as well as text I wrote and other markings, images, shapes, and the like. Each Comic comments on some aspect of art, the art world, the specific practice of the artist used in the collage, and in many cases the larger social, cultural, political world we live in.

The complete collection of Newer Comics can be found on my Tumblr (along with a number of other projects). The Comics shown here are a very small sampling of the many I created.

Small Houses and other text installations

The Small Houses Project is my process of installing microfictions written by me on the walls of homes and businesses in Baltimore and elsewhere. These fictions are written to be site specific, as are their design and arrangement on the walls. The fictions are laid out in InDesign and transferred to the wall by means of photocopy transfer. An interview about the project can be found here.

I have also done a number of other text installations in the forests, galleries, and neighborhoods of Baltimore, Savannah, and elsewhere.