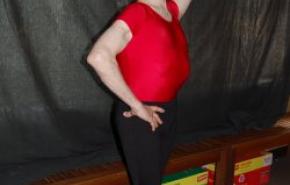 Brief synopsis of the film

Medium synopsis of the flim

A faun, a mythological creature who is part man and part horse or goat, is sleeping under a tree in the hot summer sun in Sicily. He is dreaming about nymphs, the beautiful mythological maidens who inhabit and nourish rivers, forests, and mountains. He is cutting reeds for a reed pipe to play for the nymphs. He sees undulations in the water of a lake. Nymphs appear from the water. They run away when he plays his pipes. He speaks, 'Farewell. Farewell. I shall see the shadow you became. Did I love a dream?'
He is aroused upon seeing a nymph who runs away. He runs after her. When he reaches her, they dance together. He hopes to attain her in the future. He whispers, 'Farewell. I shall see the shadow you became. Did I love a dream? Did I love a dream?'
The narrative is an allegory about the creative process. The film is actually a representation of art and the artist. The reverie about a nymph and making and playing a flute to attract her is an expression of the creative act of making art as well as making love to a woman.
The faun is invigorated by the dream of her to continue in his quest for her. He is happy with the dream of his muse. He can imagine what joy he will experience when he attains her in real life.

The construction of the film
The film is based on Lâ??aprÃ¨s-midi dâ??un faune [The afternoon of a faun], a poem by StÃ©phane MallarmÃ© published in Paris, France, in 1876. This poem has subsequently stimulated the creation of many works of art. In 1894, Claude Debussy composed PrÃ©lude Ã  l'aprÃ¨s-midi d'un faune [Prelude to the afternoon of a faun] for orchestra. The musical composition is a representation through sound of the images described in the poem. The music has then been set for ballets by many choreographers. Instead of setting the music to dance, I sought to set the poetry to dance. Previously I choreographed Flowers of hatred, a ballet set to the spoken poetry from Les fleurs du mal [The flowers of evil], a book of poems by Charles Baudelaire published in Paris, France, in 1861. Thus, I sought to utilize the poetry alone without any music for Dream. Initially I considered utilizing a soundtrack with the poem, Lâ??aprÃ¨s-midi dâ??un faune [The afternoon of a faun].
Dream was created during Dance for the Camera 2008, a two-week intensive at MediaNet in Victoria, British Columbia, Canada. Constructing a film using the entire poem was not feasible in two weeks. For example, we shot the film in four hours on a late afternoon on Sunday, July 27, 2008. There were fourteen minutes of promising video resulting from that single session. Much more are needed for a cinematographic representation of the entire poem. The expression of the entire poem as a work on stage and on film is a future goal.
Instead during the process of planning and executing the film, I thought of expressing portions of the text as a voiceover. The lines of MallarmÃ© are evocative of the erotic impulses of the faun. I wanted to use them for the film. However, the film was created for a premiere for an English-speaking audience in Victoria. I had previously been asked for translations by American audiences for my use of poetry in French for Flowers of hatred. After performing Flowers of hatred for American audiences to a soundtrack in French for more than a year, I wrote a translation into English for the version I currently perform. I am sure that English-speaking audiences will want soundtracks in English. Thus, I decided to write an English translation. I wanted the dancer who performed the role of the faun in the film to speak the text. He does not speak French. To obtain the evocative utterances of the faun needed for Dream, we recorded the lines in three separate sessions. We wanted both spoken and whispered lines for the film. Altogether we had the lines spoken approximately 20 times in the three sound recording sessions. The audience can tell if the actor himself is speaking the voiceover for a film. I wanted to utilize the actual voice of the dancer for the film to attain the communication with the audience. 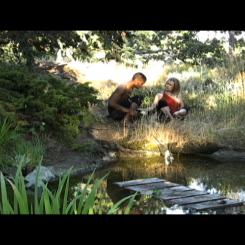