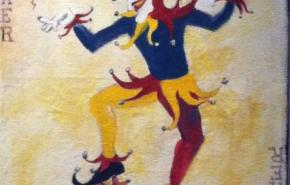 The narrative aspect is what compels me to do my art. I strive to paint the music I can't compose, the theater I can't direct, the dance I can't choreograph, the novel I can't write. There is always a story running thru my mind as I produce, keeping me company as I edit & filter the surfaces whether they are figurative or abstract. Usually autobiographic, I don't expect the viewer to necessarily understand the tale as I see it, but thru shared human experience, the hope is that they see one of... more
View J. Kelly's Resume

These times make me want to scream, between a clown for president, ultra violence in the streets and schools, the insanity of it all. This is my visual commentary on it.

Recent health issues have led to some struggles with hand coordination - apparently anesthesia affects me that way. These small works became a project of self imposed physical therapy.

Out of the Kitchen

I was doing work with a circus theme, including a few pastel drawings on paper I called Escape From Dog Circus. When my pal, Dave Israel, saw it, he said I should do a children's book. Dave had a two year old, so this sort of thing is on his mind these days. I told him I wasn't much of a writer, or illustrator and had never attempted a narrative series. I'd never attempted any visual/musical art collaboration, either.

Dave, however, is a multi-talented rocket scientist. Songwriting is in his bag of tricks. So, I struck a deal with him. I would do 9 more pieces about the escape if he wrote a song to go with them. After sending him some rough sketches, I sent him finished work - in no particular order. We did not discuss the story, except that I did tell him the names of a couple of specific dogs. He had the option to use them or not. We really didn't put our heads together until he sent me the first draft of his lyrics. I had a story in my head, he had a story in his. His included additional imagery that I felt necessary to be included in this pictorial ballad to round it out, so that made the series 14. The plan at this point is to try to raise some funds to get this made into a book with a CD of the music in the back.© J. Kelly Lane, 2011 All rights reserved
jkl 10/3/11

This work is inspired by my neighborhood. 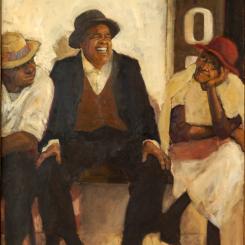 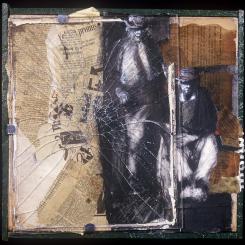 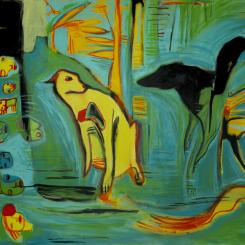 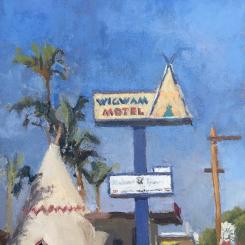 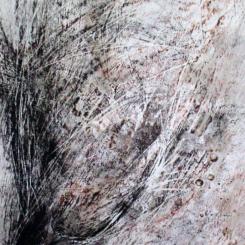 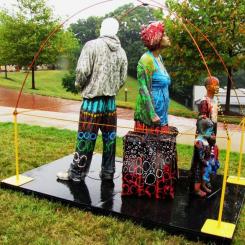 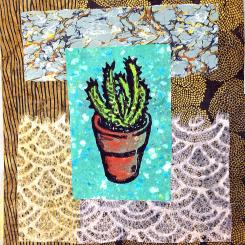