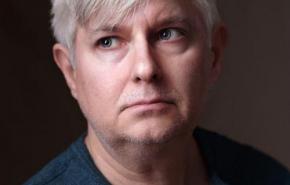 I started taking pictures as a kid.  I was fascinated by every part of the process that was required to make images with a camera.  From the very beginning the pictures were of people.   Whether it's a street or editorial portrait, the images create a unique opportunity to really see another person up close.    That's why I think portraiture is uniquely different from other forms of photography.   Lately, I've been traveling into different places and spending time there... more
View Don's Resume

This year I traveled 3500 miles through Maine and Canada to get a sense of the vastness of the country and meet the people who lived there.

I worked in NYC for 8 years in the late 90's. It was loud, dirty and a bit dangerous if you weren't familiar with it's rhythms and the places to avoid. It was a city of contrasts. Of winners and losers. Those that were "them" and those that were "us". I didn't know it at the time, but I was front row center at a time of transition for the city, led by Rudolph Guiliani and epitomized by dramatic changes like the Disneyfication of Times Square. Seemingly overnight the rough edges of the city were rounded off, and places no New Yorker ever went became packed with tourists, chain stores and art galleries.

I returned 21 years later to record the people I found there today. Native New Yorkers and tourists alike. Not surprisingly, like much of America, the contrasts were even more apparent than they were before. It seemed like every measurable attribute had been pushed to a new extreme. This is 21 Days in NYC through my eyes.

This was a small side project where I dropped into LA and shot on the street for 4 Days. The light in LA is sharp and clear and a tremendous contrast to light in NYC.

A growing series of images captured as I travel through the Carolinas.

A collection of portraits of people who I knew well or had only just met.

Each situation brought a different challenge as I sought to either connect with someone I'd only just met, or create as honest a portrait as I could of a friend or collegue.

The 16x20" black and white prints are hand-colored with oils.

I had to travel to Monterey, the weekend when my Grandfather passed away.

I realized that we had never gone to the beach together.

I had brought some equipment with me on assignment and so when I heard that he was gone, I walked the beach with a Polaroid camera and took photographs of the vacation that we never had. Using special film which produces both a negative to keep and a print to give away, I presented each of my compatriots with the original print.

This series was a "Day in the Life" in Hampden, Md.

Stand on nearly any beach on the New Jersey Coast and throw a stone. You will likely hit a boardwalk with an amusement park.

Keansburg is one such place. At just the right level of disrepair and mired in deferred maintenance, it was still a place of joy for the kids who were too young to notice.

I've been lucky in that I have been able to travel around the US and abroad.