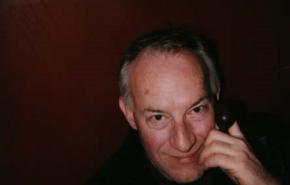 From an undergrad fascination with English ritual street theater and Peter Brooks’ THE EMPTY SPACE, through my years in Washington crewing with Peter Sellars’ American National Theater, then as one of the first sound designers on the mid-Atlantic theater scene, to my 27 years in Baltimore, I’ve been interested in theater “in the wild.”  I’ve pursued theater that lives in the interstices of commercial, academic, and regional theater spaces. In this, I have leveraged an outsider point-of-... more
View David's Resume

Theater in a Plague Year I: Online productions with Spooky Action Theater

When the COVID-19 crisis struck early last year, resulting in a near-complete shutdown of the entertainment industry, some theater companies took the initiative and started searching for ways to present, if not live theater, then at least actors reacting to each other in real time. The technology that permitted this was Zoom. Far from perfect in terms of sound and image quality, the real-time connection of Zoom nonetheless provided a means to preserve this essential element of the theater experience.

After a few experiments in late spring of 2020, Spooky Action Theater in Washington DC devised a way to create a more fully-realized production: record the actors on Zoom, place them into a graphic environment using graphic- and video-design tools, and hand the result off to me to design sound and music to, as well as doing the final mix.  From June 2020 to September 2021, I  had the opportunity to design and compose sound (and occasionally, edit the video) for a total of 19 productions, from short one-acts to full-length productions. This  gave me a chance to explore an unusually broad range of different styles and approaches.

Director Craig Baldwin, in particular seized an opportunity to take the creative process one step further: connect the Zoom screen to the world of graphic novels—passing from the attempt to present a virtual stage to a more successful realization of the work on a virtual page.  Please see the associated video for excerpts from ZERO by Ian August, A Dog Is a Creature of a Nose by Emma Gibson, and Water Doesn't Kill by Alaina Messineo.

Other virtual productions (for a total of 14 scripts in 2021 alone) included:

In Fall 2020, eight months into the COVID-19 crisis, Gala Hispanic Theater was afforded a unique opportunity: as a test for possible future shows, the District of Columbia government permitted Gala to mount the city's first fully staged production for limited-capacity audiences. The facility was revamped for COVID protections and extensive testing was carried out;  the project was carefully monitored for risks, and ultimately concluded a successful run with no new infections.

The  play was a classic of Spain's Golden Age of theater: Lope de Vega's romantic comedy-cum-social satire "El perro del hortelano," or "The Dog In the Manger," in a streamlined modern adaptation set in a futuristic Venetian club scene.

The set was encased in plexiglas walls as a barrier for aerosols from the performers, who were not masked. This required the use of microphones on everyone, and provided a unique sound-design opportunity.  Isolated from the speakers by the plexi walls, the normally feedback-prone microphones could be mixed and effects applied much more creatively. The overheated passions of the close-miked characters could be voiced with telenovela-like reverb effects.

Pulsing club music filled the world on the stage, while speakers surrounding the audience provided an environment for this "terrarium of passions"—the jewel-like set confining the action was heard as if placed outdoors in a garden, the sounds of which provided a gentle context during quiet moments.

From GALA Hispanic's production of EN EL TIEMPO DE LAS MARIPOSAS, about four sisters who gave their lives fighting dictatorship in the era of Trujillo. This production featured a combination of historic merengues and bachatas, as well as original music based on the contemporary reggaeton style. Winner of the BroadwayWorld Regional Theater Award for Best Sound Design, 2018.

At one point in the show, this musical sequence was used to cover a longish pantomime depicting 15 years passing in the life of the de la Garza family. I was reminded of François Couperin's "Les Barricades Mystérieuses" while creating this music, so I guess that makes it an hommage of sorts.

My lighting designs have  focused on guerilla techniques for non-traditional spaces and productions. For her 2016 Theatre Project performance Subject/Object,  Naoko Maeshiba turned the theater around, seating the audience on the stage. This enabled her to "swim" down the audience risers through billowing plastic waves, lit from beneath, and emerge from the first row of the theater as a newborn creature.  Strategically placed household LEDs were used to prevent heat buildup to creat the "waves."  For an appropriately warm look for the "birthing" sequence, small "hot lights" were placed in the front row.
After a second act that was a comedic cabaret, the third section of the piece turned dark and mysterious as the audience, now facing the back of the stage, witnessed a  performance tied together by mystery, sound and salt.

The Shattering Frame was a unique noir tale of urban corruption, produced by Annex Theater in 2017. Director Trevor Wilhelms wanted a shadowy, fluid lighting treatment, controlled by the actors during performance. Four small spotlights were hand-held by performers and controlled from the dimmer system. This  low-tech "moving lights" approach permitted many unique effects to be produced, which lent the story the demimondaine aspect it deserved.

The Fête of Mistakes, produced by Psychic Readings Company at Le Mondo in December 2016, presented a number of interesting challenges and opportunities. The performance space, lacking an existing lighting system or grid, became an intimate, claustrophobic theater that opened out into the wider space of Le Mondo for a spectacular finale demolition derby. Lighting instruments, ranging from LED flashlights to clip lights to standard theatrical fixtures, were used to create a subterranean "Cave of the Winds" beneath Niagara Falls.

One of my favorite classical works is Mozart's Magic Flute, a singspiel that is connected, not only to high opera, but to the rowdy German music halls of its time. So I was delighted when, in 2015, Annex Theater asked me to help as music director in staging this gem in a tiny, 30-person theater on North Avenue.

Budget ruled an orchestra out of the question—the score would have to be played on computer and built in software—but  it occurred to me to embrace this fact by scoring the orchestra as a collection of sampled toy, mechanical, and a few historical and folk instruments. By "historical" I mean samples of not just 18th century orchestral instruments, but also authentic 1950s and 60s synthesizers, including the unique Jennings Univox, a vacuum-tube instrument from 1954. The result was an exceptionally warm and unique accompaniment for the singers. The score was mixed in 4-channel surround and played back on computer.

Annex company member Jacob Budenz joined me as director of the singers, and we collaborated on stylistic details; Evan Moritz directed the staging, and Doug Johnson provided magnificent painted backdrops that paged like a giant picture-book to reveal the settings.

Playwright Nelson Rodrigues revolutionized Brazilian theater in 1942 with this dreamy, radical story of the death of a young woman in the 1920s. Director Rebecca Holderness and set designer Vicki Davis devised a white, fragmented playing space sliced in two by a sheer curtain that ran diagonally for the entire width of the theater.

The video design for this project was based on a small projector mounted in a housing that mimicked the movie cameras of the day, and allowed projected imagery to play across the curtain, permitting actors to have access from either side, and also to "shoot" video onto actors' bodies, upstage walls and other surfaces.

I also contributed the sound design for this project.

After working with Baltimore's Rhymes With Opera on David Smooke's Criminal Element, we discussed creating lighting and video for operas that are specifically intended to tour in a  standard minivan.

Adam Matlock's Red Giant was an excellent choice for this. Set in a time when the Sun has become a "red giant" and is about to engulf the Earth, this opera follows three individuals who, among many others, have built jury-rigged spaceships and blasted off for destinations unknown, to escape certain destruction at home.

The lighting rig was very simple: a few instruments on either end of a tiny (8' wide) playing area, LED strip lights along the sides of this "rocket," and a scrim upstage that screened the orchestra (a home security monitor provided a conductor's video feed to the singers via a small CRT that was part of the set). Complex colors and imagery were provided by a single video projector mounted behind and above the action, which washed the singers with nostalgia-laden imagery as they sang of their lost home.