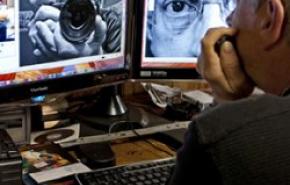 Artist Bio Daniel Humphries-Russ is an award-winning photographer residing in Maryland who has exhibited both locally and regionally. Daniel creates original limited-edition archival pigment prints combining traditional techniques and current digital technology. As a master printmaker, he has produced prints for Fortune 500 companies. Daniel is a faculty member at Towson University and at Carroll Community College. Daniel became a photographer because of a disagreement between Walt Disney and... more
View Daniel's Resume

My family lives in southern Carroll County, Maryland on the border with Howard County, Maryland. Howard County, Maryland is the third richest county in the United States with a median household income of $108,844 (Sawe, 2016). We are at the heart of the most educated, highest income, fourth largest Combined Statistical Area in the U.S (The Brookings Institution, 2016). The Baltimore-Washington metropolitan area has six of the top ten highest income counties in America (United States Census Bureau, 2013).

For all this prosperity, one in every eight households in Carroll County has gone hungry in a recent year (Kelvey, 2014), 10,140 people in Carroll County are food insecure (Gundersen, 2016). My wife is a United Methodist Minister and her church, Morgan Chapel United Methodist Church, feeds 120 families a month from a congregation of 50. In the face of such need, I find it striking that there are five supermarkets within a two-mile radius of my home.

In the face of such need in my county, I chose to document the bounty that is available to the residents of my neighborhood. We live amid an embarrassment of choices; the shelves seemingly stretch endlessly with plenty. Fruits, vegetables, meats, hot sauces, cakes, pastries, drugs, cosmetics, soda, and frozen foods.

American Temples: late-night fast food in America. The prints from this collection combine my passions for architectural photography and night photography with the necessity of eating out, dictated by a hectic schedule. Captured by available light, I confront my subjects head-on. Captured up close, with very short lenses, the journalistic style captures the glaring light of stark reality. The restaurants share so much in common: red neon, sharp angles, and glowing interiors. The red neon evokes strong emotions of love, warmth and comfort. Red stimulates the mind and body, increasing heart rate, respiration and appetite. Their gleaming tile and plastic surfaces hint at what some call plastic food, served up with plastic toys. They are highly processed environments for consuming highly processed food. The buildings resemble places of worship—the mission style of Popeye’s and Taco Bell, the Mayan style roofs of McDonald’s and Pizza Hut, and the flying buttresses of McDonald’s “Golden Arches”. What is the sacrifice on the altars of these American fast food temples?

24/7 is a project focused on those businesses that are open 24/7. All of these businesses are open 24 hours a day, 365 days a year. I am photographing them at night to emphasize the fact that they are open when nothing else is. Brightly lit, inviting, enticing even, they offer fuel, food, coffee and essentials throughout the night.

There are sixteen surviving 19th century stone arch highway bridges over Antietam Creek in Washington County, Maryland. Built between 1823 and 1875 to carry horses and wagons, fifteen of these bridges are still in use in the 21st century. The pastoral setting of some of these bridges belies the history these bridges have seen. With all but two of these bridges built before the American Civil War, Union and Confederate soldiers crossed and re-crossed these bridges to maneuver against each other.

Images of various architectural subjects from the mundane to the extraordinary.

Centennial Churches celebrates the Living Legacy of the churches of the Baltimore–Washington Conference of the United Methodist Church that are 100 years old or older.

Maryland was the birthplace of Methodism in America. Robert Strawbridge, the first local preacher, grew an ever-widening circuit of meetings and classes beginning about 1760 in Carroll County, Maryland. Strawbridge administered the sacraments at the first Methodist conference held in America in 1773. The 1784 Christmas Conference in Baltimore officially organized the Methodist Episcopal Church in America with Francis Asbury and Thomas Coke as the leaders.