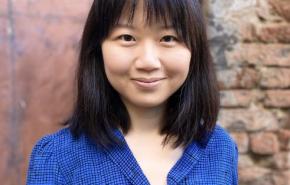 Chung-Wei Huang is a Taiwanese writer-director currently based in Baltimore. Her creative work explores outsider narratives and character-driven experiences of “othering,” with an emphasis on further exploring intersectional storytelling related to Asian-American and Asian culture in a cross-cultural context. Her feature film script, Patric(ia)'s Funeral, received OCARC artist residency in 2019. Right now, she teaches at Towson University while working on her next project, ... more
See 2021 $2,500 Baker Artist Award Winning Portfolio
View Chung-Wei's Resume

Eugene, a trans Asian American teenager, seeks acceptance from a group of tight-knit squeegee boys. He will learn the struggles of being a city boy and there is more to it than being “man enough” for the job.

Set in an impoverished neighborhood of Baltimore, Buck tells the coming-of-age story of an unruly boy, Noah, whose negligent father cancels on him at the last minute on his birthday. Accompanied by his single mother, Noah pays his father an unexpected visit, only to discover that his half-sister has acquired his dream birthday gift.

Midnight Carnival tells the story of Andrea Lin, a confused Taiwanese girl in her late teens struggling to find her place in the world. In search of the adventure that is missing from her life, she takes a summer job in America working for a traveling carnival, where she is confronted with the harsh realities of life as a migrant worker. After struggling to connect with her “carney” co-workers, including Julio, a young, free-spirited Mexican man, she must come to terms with her feelings of wanting to belong, yet never feeling at home.

It was always easier to go with the flow of the game as a child. But as an adult, Matt begins to question the game in search of self-identity.
Matt and Emma have known each other since childhood. The tension in their relationships has been building and it finally explodes at the Halloween night with a kid's prank. At the moment when he decides to walk away, Matt's recollection of the past moments continuously materializes while he, as a child, is playing a game of Hopscotch.

After a same gloomy day of selling cookies, Ben takes the bus home as usual. Emily, a 12-year-old girl scout, gets on the bus with her mom and other girls as a group for next day of cookie selling. Fed up with her hysterical mother’s behavior, Emily strategizes to be apart from the group without her mother’s notice. Being alone on the bus, Emily and Ben have a hostile yet playful battle with each other. Startled by the appearance of a middle-aged creep, the two are forced to set aside their differences to aid one another. Ben is put to the test of what it means to be an honorable man.

A dance for the video project re-interprets the hyper-masculinity space of a gym.

WI ING WI ING is part of the video dance accompaniment, created in collaboration with dance choreographer Long Cheng, to play in synchronization with her live dance performance. The video sheds new light on the traditional Mongolian bowl dance by using a juxtaposing fluidity of moving images.  This excerpt also functions as a looping gallery piece.

Seeing was originally created with dance choreographer Muyu Yuan as a stand-alone video projection incorporated into the dance performance Double Horizon (2017). Seeing plays with the visual aesthetic of the kaleidoscope while examining the female body. The video also functions as a looping gallery piece.