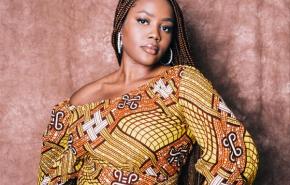 Chuckwunonso Angel Dureke is a multi-disciplinary visual artist and award-winning filmmaker.  As a producer, director, and writer with over 9+ years of experience in strategic storytelling, production management, consulting, social media management, and concept creation, Chuckwunonso specializes in creating new worlds that examine old truths. She earned a Bachelors of Science in Mass Communications from Towson University and a Masters of Fine Arts from Howard University in Film. Experience ranging... more
View Chuckwunonso's Resume

The weight of womanhood is more than any shelf can bear. Produced by Chuckwunonso Angel Dureke , Julie Dash, Nefertite Nguvu,  Bride Price is a Afro-futurism colorful coming of age short story of a young Nigerian-American woman, named Uzoma Nwosu, who goes on a normal trip to her local African grocery store when a single turn down the wrong aisle propels her into a mystical traditional Igbo wedding.

Bride Price explores the patriarchal subtexts of marriage and wedding rituals with magical realism as it relates to the value of a woman’s life as she gets older in a society. Scene by scene, Uzoma 's character unravels as she goes on a personal journey to find her voice and value. “Teach her that she is not merely an object to be liked or disliked, she is also a subject who can like or dislike" -Chimamanda Ngozi Adichie

When it comes to men and women nothing is new under the sun. TITLES is a depiction of the relationship decisions we make daily. This episodic series is a romantic drama that captures the essence of the messages shared on this channel. We hope to bring you many more series to further drive the lessons home.

In the early 20th century, the community of Lincoln Vista was established along the Washington Baltimore & Annapolis (WB&A) Electric Railway. It was one of the few affordable housing options for Middle-Class African Americans in Prince George’s County, Maryland.

Historically, Prince George’s County has such a rich legacy, fondly known as one of the most affluent Black counties in the country like the Lincoln Vista community. Yet, the contributions made by so many Foundational Black Americans seemed to have aged with a whisper, post Jim Crow. Through research, observation, asking questions, interviewing, listening, self-reflections and self-love, we hope to honor the hidden legacy of many Black people with film.

Selected for Amazon's 1st All Voices Film Festival, Plantain & Proverbs follows four millennial African descent first-generation friends struggling to adult in Washington DC while still trying to follow the guidance of their African immigrant parents, on the cusp of graduation from college. Adeze, Adanna, Ashely and Chuckwuemeka attempt to navigate through the modern-day troubles of becoming adults as children of immigrants in America.

Officially selected  for  the LA Music Video Awards, Black Excellence is a musical film created for prophetic musician and rapper, ASoL, which follows and highlights the life and light of Black people who live, breath and grow in the Washington DC Metropolitan Area.

I used to follow behind my parents as a little kid at CVS and watch as they would pick out the right wedding card to give to the newest wedded couple in town. Mahogany, Hallmark’s  African-American Card Collection, always stood out to me. I would look at my family and look back at the cards and notice our resemblance. I loved the feeling. But even more, I noticed I loved the feeling of seeing those cards come to life at the wedding. When Darnzell and Kayla came to me to capture their wedding day in the middle of COVID, I thought to myself, what would it feel like if the images I saw on those cards growing up moved in motion? The Black Family, the foundation of Black Love ...choosing, loving and growing together in 2020. Why not invite the whole family Nonso? I thought. Make it a whole gathering, a BET classic meets Jill Scott’s Mahogany collector’s edition cards. “ Soul. True. You.” 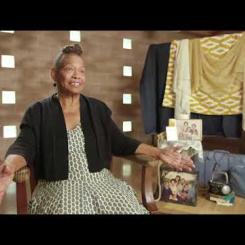