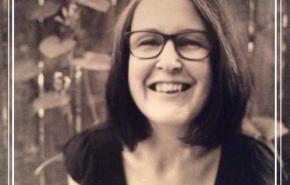 China Martens is a zinestress extraordinaire born in Baltimore. Her first book, "The Future Generation", is a compilation of 16 years of her first zine that was reissued in March 2017. She is also the co-editor of "Don't Leave Your Friends Behind: Concrete Ways To Support Families In Social Justice Movements & Communities" (PM Press, 2012) and "Revolutionary Mothering: Love On The Front Lines" (PM Press, 2016), an anthology which centers mothers of color and marginalized mothers voices,... more
View China's Resume

THE FUTURE GENERATION: A Zine-Book for Subculture Parents, Kids, Friends & Others

China Martens started her pioneering mamazine The Future Generation in 1990. She was a young anarchist punk rock mother who didn't feel that the mamas in her community had enough support, so she began publishing articles on radical parenting in an age before the internet.

The anthology of her zine, The Future Generation: The Zine-Book for Subculture Parents, Kids, Friends & Others, was first printed in 2007 and has been out of print for many years. Covering sixteen years, it uses individual issues as chapters, focusing on personal writing, and retaining the character of a zine that changed over the years—from her daughter’s birth to teenagehood and beyond.

We are proud to present a tenth-anniversary edition including a new afterword by China's grown daughter. The Future Generation remains a timeless resource for parents, caregivers, and those who care about them. Though first published in the 1990s, many of the essays and observations—about parenting, children, and surviving in a hostile political climate—still ring true today. The next four years are going to be especially demanding for those trying to balance parenting, politics, and survival. We're going to need the voices and experiences in The Future Generation now more than ever.

“Martens has been writing since long before the mommy wars were a media trope, but her work is a powerful response to punditry casting institutional and political problems as personal issues of 'work-life balance' for mothers (notably, not fathers).”
—Lisa Jervis, Bitch magazine

“The Future Generation is a must read for anyone who wants to understand Adrienne Rich's idea of mothering (Of Woman Born) based on the mother's own experience, not the patriarchal definition of motherhood in which mothers must be surveilled, controlled, advised, and punished. For here is an evolution of mothering, a memoir of a conscious mother. Get it. Read it. Pass it on.”
—Katherine Arnoldi, author of The Amazing True Story of a Teenage Single Mom and All Things Are Labor

“I am deeply inspired by The Future Generation. I remember feeling seen, held, and affirmed when I read the anthology. I felt like I had a sister in all the complex things I was feeling as a new mother.”
—Mariahadessa Ekere Tallie, author of Karma’s Footsteps and Dear Continuum: Letters to a Poet Crafting Liberation

China Martens’ “The Future Generation” zine, which she started in 1990, two years after her daughter Clover’s birth, was an unconventional but necessary radical parenting guide. Less of a “how-to” and more of a “how-I-did-it,” this second-edition anthology of 16 years of “The Future Generation” issues offers Martens’ firsthand insight as a young single mother, pushing against the solitude of both parenthood and childhood, advocating for collective, nurturing environments for kids, taking a closer look at how society influences or provides for kids—and how it doesn’t quite do enough. (Rebekah Kirkman) - #3 Winner of The Beat's Top 10 Baltimore Books of 2017/Baltimore Beat

‘How Do We Make a Better World?’ A Q&A With ‘The Future Generation’ Author China Martens

“Revolutionary Mothering: Love on the Front Lines is juicy, gutsy, vulnerable, and very brave.  A radical vision, many radical visions of how to mother in a time of resistance and of pain.”    —Alice Walker, Pulitzer Prize-winning author and activist

“For women of color, mothering—the art of mothering—has been framed by the most virulent systems, historically: enslavement, colonialism, capitalism, imperialism. We have had few opportunities to define mothering not only as an aspect of individual lives and choices, but as the processes of love and as a way of structuring community. Revolutionary Mothering arrives as a needed balm.”

“Although it is primarily written for mothers of all ages, the issues that are raised—about family, love, struggle, sacrifice, and acceptance—are universal as they speak to the revolutionary that exists within all of us.”
—Karsonya Wise Whitehead, PhD, assistant professor of communication and African and African American studies, Loyola University Maryland

All mothers have the potential to be revolutionary. Some mothers stand on the shoreline, are born and reborn here, inside the flux of time and space, overcoming the traumatic repetition of oppression. Our very existence is disobedience to the powers that be.

At times, in moments, we as mothers choose to stand in a zone of claimed risk and fierce transformation, the frontline. In infinite ways, both practiced and yet to be imagined, we put our bodies between the violent repetition of the norm and the future we already deserve, exactly because our children deserve it too. We make this choice for many reasons and in different contexts, but at the core we have this in common: we refuse to obey. We refuse to give into fear. We insist on joy no matter what and by every means necessary and possible.

In this anthology we are exploring how we are informed by and participating with those mothers, especially radical women of color, who have sought for decades, if not centuries, to create relationships to each other, transformative relationships to feminism and a transnational anti-imperialist literary, cultural and everyday practice.

Sometimes for radical mamas, our mothering in radical community makes visible the huge gulfs between communities, between parents and non-parents, in class and other privileges AND most importantly the wide gulf between what we say in activist communities and what we actually do. Radical mothering is the imperative to build bridges that allow us to relate across these very real barriers. For and by radical mother of color, but also inclusive of other working class, marginalized, low income, no income radical mothers.

underground, maybe in your bathroom, you may find one of my zines still floating around

EARLY ZINE INTERVIEW - an oldy and still a goody:
http://grrrlzines.net/interviews/thefuturegeneration.htm

Kidz City Baltimore is an anarcha-feminist collective, composed predominately of non-parents working as allies to support parents’ and children’s participation at social justice gatherings and events in Baltimore, Maryland. We started at the City from Below Conference in 2009. After working together at many subsequent events—including book-fairs, community dinners, and conferences such as the Fair Development Conference, DIY Fest, and IWW Convention—certain organizing patterns and methods emerged. We started to develop our own model for organizing collective support for caregivers and children.

TO VIEW THE WHOLE ZINE AND DOWNLOAD GO HERE:
http://intergalactic-childcare.weebly.com/kids-city-model.html

for more about Kidz City:
http://kidzcitybaltimore.blogspot.com/

Don't Leave Your Friends Behind: Concrete Ways to Support Families in Social Justice Movements and Communities

Don't Leave Your Friends Behind, edited by Victoria Law and China Martens, is a collection of concrete tips, suggestions, and narratives on ways that non-parents can support parents, children, and caregivers in their communities, social movements, and collective processes. Don't Leave Your Friends Behind focuses on issues affecting children and caregivers within the larger framework of social justice, mutual aid, and collective liberation.

How do we create new, nonhierarchical structures of support and mutual aid, and include all ages in the struggle for social justice? There are many books on parenting, but few on being a good community member and a good ally to parents, caregivers, and children as we collectively build a strong all-ages culture of resistance. Any group of parents will tell you how hard their struggles are and how they are left out, but no book focuses on how allies can address issues of caretakers' and children's oppression. Many well-intentioned childless activists don't interact with young people on a regular basis and don't know how. Don't Leave Your Friends Behind provides them with the resources and support to get started.

For more info (and links to reviews and interviews): http://www.pmpress.org/content/article.php/ChinaMartens

"All told, the collection is stimulating, and whether we are parents, eldercare providers, or simply concerned human beings, inclusivity - not leaving anyone behind - is key to making the changes we wish to see. After all, if another world is possible, doesn't it have to include the young, the old and the in between - whether able-bodied or not?"
- from Book Review by Eleanor J Bader for Truthout 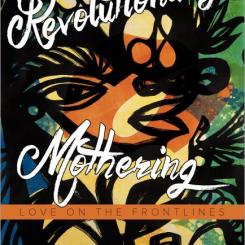