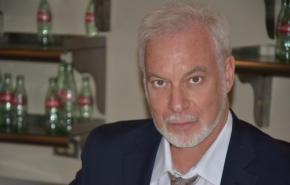 In the first person: I had the enormous good fortune to win the 2014 William Matthews Poetry Prize, selected by Billy Collins. Past awards include the Harriss Poetry Prize, with Dick Allen serving as judge and begetter of its splendid (though, I fear, unwarranted) introduction, and the Artscape Literary Arts Award in poetry, chosen by William Stafford, another generous soul. Collins, Allen, Stafford - poets laureate all; is this the basis for a new conspiracy theory? Maryland State Arts Council... more
View Bruce's Resume

Welcome to my world!

Not a project, exactly, my library, not a project in the narrow sense of the Baker Portfolios, but -- thirty-some years in the building -- a project indeed! And a bespoke introduction to the "real" projects that follow. Spread over two rooms and threatening a third, a confederation of sophists and sages in full regalia, casuists and scholars, a throng of savants, midnight soloists and timeless scribblers -- whispering, gibbering, howling from their shelves across the hours, across the seasons. And then, the silence. All in all, the perfect cradle for a grateful writer foraging through his meager nest of ideas. And a lovely place to light up a cigar, to sip a little wine. Come join me . . . .

Famous (Older Poems, Not Grown Awful Quite Yet)

Winner of the 2010 Harriss Poetry Prize, judged by Connecticut Poet Laureate Dick Allen. His incredibly generous introduction is better than my poems.

HOBY BLUE BANKS IN EXACTLY 1,000 WORDS, MORE OR LESS -- because sometimes you just can't stand being yourself. A scurrilous volume of short stories, "as told to Bruce Sager, typist" . . . [by no less than Hoby himself!] . . . "who otherwise don't know shit, and who, on top of his other deficits & defects, of which there is no small number, wanted to call this thing 'Speak Easy,' I guess because of the lizard on the cover, which, to an artsy fartsy mind, might be a statement or some such about trusting what speech come tumbling out of a man's mouth when he gets to talking." Not for the faint of heart. Forthcoming in 2017  from Hyperborea Publishing.

How to Write a Poem (Are You A Writer? Bet You'll Laugh.)

A practical instruction. Well, no. Not  really.
But a “must read” for any poet.
Depending on your definition of “must.”

And look how hard you’ve been
working. Does the laborer not pause
under the midday sun for a sip of water?
The soldier beguile the hours of bivouac
rolling coffin nails? Who are you
to deny yourself the common comforts
the body demands? And besides,
maybe you have your poem already.

Do you recognize yourself here?

Turn your back to it, sugar booger.

The Indulgence of Icarus (An Atypical Lyric)

It started out as a lyrical -- yes, lyrical! -- poem about the fascist mind. (Have I lost you yet? I don't think I'd get past that first sentence, personally.) Anyway, as this recent presidential race grew into a monstrous debacle, the poem took on a life of its own. See if you recognize any of the players. An atypical piece for me . . . which means it might sell a few copies. (Publication Date: 12/21/2016)

The Song Thief (Most Recent Poems)

This is the chair that has all the amperes running to it. If you are going to read just one thing among these varied projects, you might read this. It's a good place to start, because it's representative of the work I'd stand by if I were forced to take a stand. Where I'm trying to create language that lasts beyond the instance of its utterance. Though "Hoby Blue Banks" might be funnier, and "200 Takes" fancier, I'd be honestly honored if you'd spend a few minutes with this manuscript. Which is being readied for publication in 2017 by some numbingly nice folks up in Canada. Yes, Canada, that illusory post-election Shangri-La. That El Dorado. That one. (Now, to be candid, a goodly number of these pieces appear as a download in one of the four Work Samples windows ("The Song Thief" window, of course) at the top of this site; but that's just a bit of haphazard cherry picking, a genial but generally random grouping; if you read through this, you'll find many more poems of their ilk, but in this version they're all settled nice and comfy against one another in a faintly logical framework that might, on a good day, be called "thematic." Oh, that word.)

Last Prayer at Steel Pier (A Chapbook In The Making)

There is a reason your eye stopped here.
You know what it was famous for.

Always there was someone praying.
And somewhere, far back in the crowd,
a different prayer, a secret prayer.

There is a reason your eye stopped here.
What is it that you’re praying for?

I Was Big For My Age (An Early Short Story)

One of the first short stories I ever wrote. I'm still vaguely fond of it. Perhaps because of its poetic opening image.

The novel is built to carry on for two hundred chapters ("200 Takes") within the larger mystery of the framing device -- which is itself framed -- but that's a formidable, ambitious assignment. Maybe John Barth could prosecute such a tome, but he's been writing shorter stuff of late; perhaps David Foster Wallace could bring it off, but he's dead, and I fear that I might be, too, if I ever tried to finish writing the damned thing. Which, with a little wine buzz, I am moved to contemplate from time to time. But, no. So perhaps wherever it lies is as far as it's going to get, like this nameless desert wanderer overcome by heat and thirst. This nobody. This nothing.

An Absorbing Literary Forgery (Housed In A Labyrinth)

Borges indulged throughout his life and work in the creation of literary frauds. As a courtesy to the dead master, this important document is presented here for the first (and likely only) time. 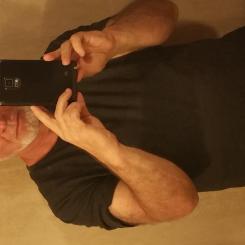 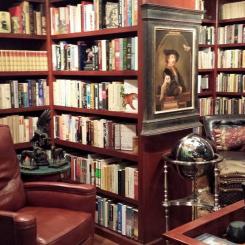