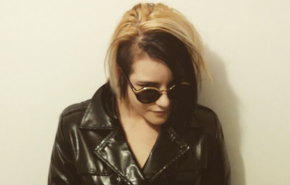 Various pieces that I've done throughout the years.

Senior thesis show for my undergraduate fine art degree at the Corcoran College of Art and Design in 2012.

"Mortality weighs heavily on me like unwilling sleep." -- John Keats, 1817

Process and materials are an important part of my work. I am attracted to the universal and timeless quality of pencil and paper.  The act of drawing becomes a rumination of the subject depicted. It is a sacred practice, a ritual, a ceremony. Like the rise of Romanticism during the Industrial Revolution, I use traditional materials and techniques to create fantastical images with no relation to our technology filled, digital, throwaway culture.

With my work I strive to create an inherent narrative through static scenes.  My drawings function as fragments of a more intricate, unknown narrative. I utilize elements of fantasy, the supernatural and historical references to create dystopian, mildly unsettling and voyeuristic images.

Distinct Anatomies is a series of seven pen and pencil illustrations. Hung salon style and framed in satin, they evoke the romance and atmosphere of Decadence and Aestheticism. The satin wainscotting and patterned wallpaper also reinforces this frame of mind for the viewer to experience the work. Additionally, roses, peacocks, parasols, period fashion, and interior decor represented in the drawings themselves allude to this time frame.

The subject of this series is death in its various fashions. Whether an embalming ceremony, a funeral, a seance, an autopsy or merely represented by a skeleton, death is at the core. Even the living stand as a symbol for their future selves. The figures in my work are marked by a certain fragility. Wan and androgynous, they are imbued with an acute sense of vulnerability; of being susceptible to harm. Eyes closed, they are at the mercy of uncontrollable forces. Their gaze never confronts the viewer or even their current surroundings. The inherent helplessness and unawareness of the figures also enforces the position of viewer as voyeur.

While the subjects of the drawings may  be slightly grim, they are not works of horror. I do not attempt to shock the viewer with images of the grotesque or realistic depictions of death. The images are an idealized, fetishized version of death that is at once morbid and aesthetically pleasing, like a suicuide concerned with leaving behind a pretty corpse.

Sketchbook pages, many from Inktober 2018.

Dreadful Nothings is a collection of occasionally humorous musings on the mundane terrors of existence. The series began in 2017 as the artist's attempt to create work slightly more frequently during periods of depression. Each comic was completed within a day or so of starting.