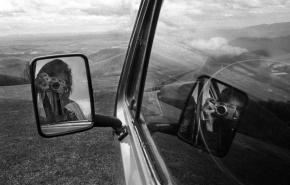 Brad Ziegler is a photographer and visual arts educator based out of Baltimore, Maryland. His work explores the underlying beauty, sadness, and occasional humor that can be found beneath the veneer of American myths. Brad’s work has been featured locally at galleries including Current Space, Full Circle, and the Hot Sauce Bromo District PopUp. He has also been featured in group exhibitions and publications both nationally and internationally including the Subjectively Objective Gallery, UMBRELLA Art... more
View Brad's Resume

As I went walking I saw a sign there,
And on the sign it said "No Trespassing"
But on the other side, it didn't say nothing.
That side was made for you and me.

The Other Side is an ongoing lyrical documentary about Baltimore DIY skatepark Zika Farm. Combining photography with found text from early 19th century farmer's alamanacs,  the project seeks to reimagine the ways we use the space around us, exploring the possibilites of a utopian ideal that exists outside of modern day conceptions of private property.

Squeegee is a photography and film collaboration between Brad Ziegler and filmmaker Khalid Ali.

In January of 2017, we came together to begin exploring the car window washing work that the young men on the downtown Baltimore corner of Washington Boulevard and MLK were doing, and from there let the scope of the project expand organically. As two high school teachers, we are moved by the ways in which young people respond to adverse circumstances, choosing often to rise up by their own means rather than work within a given system. This project exists as our contribution to the increasingly public debate about squeegee workers.

All proceeds from the project went to Baltimore Youth Arts, an arts and entrepreneurship program that works with youth ages 14-22, with a focus on those in the juvenile justice system.

The project culminated in a photography book and film release that was scheduled to be held in April 2020 at Full Circle Gallery in Baltimore, Maryland. The event was cancelled due to COVID-19. The book's first edition of 100 has sold out, and the film has continued to be screened virtually at various festivals across the country.

Participation Trophy is a project designed to combine elements of humor and nostalgia in a way that is both specific to the artist and universally attributed to the millennial generation. Each trophy was shot on the location in which despite having a losing season, an award was still given. The choice of installation location as a restaurant mimics American culture’s fascination with sports memorabilia as decor.

The accompanying book, a 5 foot long double-sided accordion fold, plays with the symbolic weight of an undeserved trophy by making the sum of its earnings too much to comfortably view when held fully extended.

This is a love letter to the inherent loneliness found within the collective spirit of America.

In the liminal spaces of cities, tensions between the landscape and its occupants arise. Physically connected but spiritually isolated, road arteries sprawl and bleed the debris of convenience and consumerism. This time the west was won by advertising agencies. Some are tangibly present in the way their pleas for purchase interrupt the horizon and dwarf the pedestrian scale. Other haunting pockmarks are left to languish, existing as warning symbols of neglected capital. Situated within this minefield of active and dormant sites lies a strained reprise of what once worked, and now will not. The technical future is moving forward too rapidly for the manual past. The landscape of America is a purposeless wash, whisking us helplessly downstream through its muddy embankments, all while the golden warmth of the sun sets on the horizon. 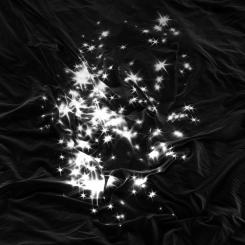 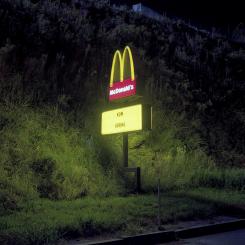 Some people love the beach, but hate the ocean. You gotta do it how you do it. 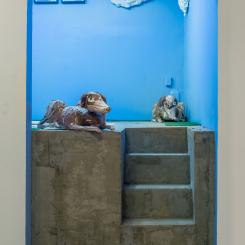 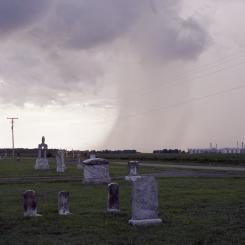