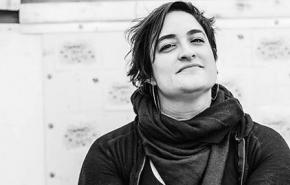 Multiple Emmy Award winning producer and director Amy Oden currently directs the video team at the Human Rights Campaign, where she produces and supervises the production of video content advocating for the LGBTQ+ community. Prior to this role, she was a senior producer and manager of multiplatform strategy at PBS's Maryland Public Television, where she shed light on a variety of social and scientific topics, including the Baltimore uprising, fracking, mass incarceration, and the opioid crisis. Her... more
View Amy's Resume

The World According to Pussy Noir [w/t]

A local drag performer combines haute couture and history, exploring her community heritage, as she prepares to put on her final show at the Kennedy Center.

Pussy Noir, or Jason Barnes, has been a drag performer in the Nation's Capital for several decades. A classically trained artist, the majority of Ms. Noir’s professional background is in theater and fashion design, but she combines a variety of artistic mediums and cultural influences in her performances. Working as a fellow at the Kennedy Center’s Culture Caucus for the last year, Jason has sought to elevate drag onto one of the biggest stages in the region.

This twenty minute vérité documentary looks at the work that Jason is doing at the Kennedy Center, his evolution and education as an artist, his relationship with drag, and his family. Jason’s interest in history also takes him on a brief exploration of some early sites for drag culture in D.C. and Baltimore. The development and completion of his final project at the Kennedy Center serves as the overall background story arc for the film.

This project is currently in development/early production.

Lucie and Annie discuss their struggle to become officially recognized as a married couple in their home state of Maine, and encourage a younger generation of activists to take up the fight for LGBTQ+ rights.

Who are community tarot readers and how is their work inherintly feminine? How did they get involved in “SEEING WOMEN”?

Women who “see” have been maligned throughout much of Western history, and yet psychics remain ubiquitous. SEEING WOMEN are marginal migrants, representative of a specific type of feminized labor and emotional work. Who are they? In “Witches, Midwives, and Nurses”, Barbara Ehrenreich writes that “we know the witch only through the eyes of her persecutors”. SEEING WOMEN seeks to change this narrative.

In a buttoned-up city like DC, what happens when drag queens go rogue? LIPSTICK AND LEATHER explores the “alt-drag” community in the nation’s capital, and how these performers are spreading their influence across the east coast.

Maryrose and Dylan worked together as CALASAG for two years. This pop-up restaurant in Baltimore City enabled a passion for Filipino cuisine to connect both young chefs with their heritage. The business grew over the years, but but was ultimately shuttered during the pandemic of 2020. This documentary, originally intended to be a feature, chronicles part of their journey, as they sought to learn more about their food culture and legacy.

CALASAG benefitted from the Saul Zaentz Innovation Fellowship at Johns Hopkins University, as well as fiscal sponsorship by the International Documentary Association.

Dotted with palm trees and coral reefs, Guam is United States territory where military men and Japanese tourists abound. A seemingly perfect backdrop for a strip club, the island should sound ideal to any girl coming from Portland, Atlanta, or Anchorage to work as an exotic dancer.

But is it? Exotic foregrounds the stories of workers, as they discuss this fluid and secretive world…

EXOTIC was released in 2016, and had the benefit of fiscal sponsorship through Women in Film and Video. It screened at the Indie Capitol Awards, the Guam International Film Festival, the San Francisco Sex Worker Film and Arts Festival, SECS Fest, and the International Freethought Festival. It has aired on Italian Television and is available to stream on Amazon Prime.

From the Back of the Room

Many people have the impression that the Riot Grrrl movement in the mid-90s was the end-all, be-all of female involvement in DIY punk. This is definitely not the case! Plenty of amazing ladies prior to this era paved the way for it, and plenty of amazing ladies continue to help keep DIY together today. This documentary chronicles the past 30 years of female involvement in DIY punk, and has interviews with over 30 women from across the country, ages 17 to 40. Race, gender, sexuality, motherhood, class, and activism are all addressed in this film, giving a more complete picture of how these women participate in the DIY community, and how it affects their daily lives.