A native of Baltimore, Willy Conley is a retired professor and chairperson of the Theatre Arts department at Gallaudet University, the world's only liberal arts university for deaf and hard-of-hearing people. He is a multi-disciplinary artist -- who happens to be Deaf -- working in the areas of theatre, writing, and photography, sometimes separately, and at other times together. As a playwright he has won the VSA 2000 Playwrights Discovery Award, the American Deaf Drama Festival Award, the Sam Edwards Deaf Playwrights Competition, the Baltimore Playwrights Festival, the 1997 and & 1999 NeWorks Festival in Boston, the Lamia Ink! International One-Page-Play Festival, and a fellowship from PEW/Theatre Communications Group National Theatre Artist Residency Program where he worked as an Associate Artist (acting, playwriting) with CenterStage for ten years.

His writings have been published in American Theatre, The Deaf Way II Anthology, Deaf American Poetry, Deaf World, Theatre For Young Audiences Today, The Tactile Mind, and No Walls of Stone. His most recent book is The World of White Water -- Poems. Other books are Visual-Gestural Communication -- A Workbook in Nonverbal Expression and Reception, Listening Through the Bone -- Collected Poems, The Deaf Heart -- A Novel,  Broken Spokes; a play in seven scenes, and Vignettes of the Deaf Character and Other Plays. His plays have had professional productions nationwide, including the Kennedy Center, the Boston Center for the Arts, the Boston Playwrights Theatre, the National Theatre of the Deaf, Interborough Repertory Theatre, Imagination Stage, Bailiwick Repertory Theatre, and off-off Broadway.

As an actor, he received his training from the National Theatre of the Deaf where he toured with the company for three years. Conley has performed with Pilobolus Dance Theatre, Amaryllis Theatre Company, Colonial Theatre, Shakespeare-in-the-Park in Westerly, Rhode Island, Fairmount Theatre of the Deaf, New York Deaf Theatre, Quest: Arts for Everyone, and Sunshine Too National Touring Company. He appeared in an episode of NBC’s Law & Order: CI ‘Silencer’; other films include: Wrong Game, and Stille Liebe (Secret Love). Realizing that there were so few plays written by Deaf writers from the Deaf perspective, he went on to earn his M.A. in Creative Writing/Playwriting from Boston University under Nobel laureate, Derek Walcott, and an M.F.A. in Interdisciplinary-Intercultural Theatre from Towson University.

Before he went into the theatre, Conley studied Biomedical Photographic Communication at the Rochester Institute of Technology with internships at Johns Hopkins School of Medicine and Yale University School of Medicine. After receiving his B.S. degree, he became a Registered Biological Photographer (certificate #319) working in the field for six years in Galveston, Texas, and Beverly Hills, California. His photographs have been published in: American Photographer, Industrial Photography, Deaf World, No Walls of Stone, The Tactile Mind, Pictures in the Air, The Baltimore Sun, Broken Spokes, Kaleidoscope, UnchARTed, Heart-Eye-Hand, Inbetween Magazine, The Gallaudet University Bookstore catalog, Rio Grande Review, and The Antietam Review. Exhibitions: The Ankrum Gallery, The Chester Gallery, The Deaf Artists of America Gallery, Loudoun Public Library, Howard County Public Library, The BPA Salon, and the Mary Switzer Gallery. He has two photographs in the permanent collection of the Helen C. Dyer Arts Gallery and one in the School of Photographic Arts both at R.I.T. His most recent photographs were published on the front covers of Deaf American Poetry, G.U. Press; Spring 2009 bookstore catalog, and 34th Parallel (issue 5 http://www.34thparallel.net/backissu05.html). 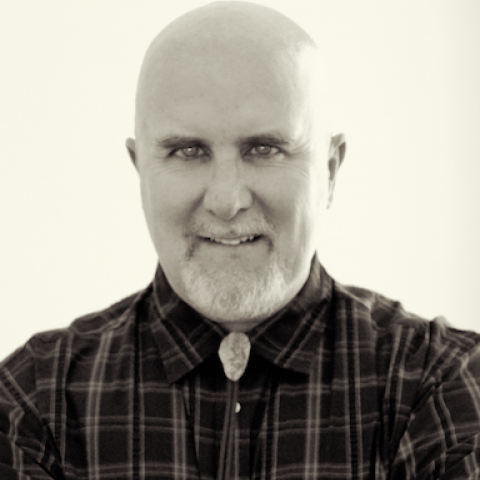