From the cover of the Spring Issue of Ukulele Magazine to the front page of The Wall Street Journal, Victoria Vox (née Victoria Davitt) is making appearances everywhere—and rightly so. The artistry of her performances is both unique and endearing, captivating an incredibly diverse audience and drawing even the least musical of folks into her harmonious web. With the release of her 9th album, When the Night Unravels, Victoria’s blending of singing-songwriting with her rousing mouth trumpeting and uke jamming is too irresistible to ignore.

Vox earned a degree in songwriting from the Berklee College of Music (2001), mostly accompanying her songs with guitar. Then in 2003 a friend gave her a ukulele, and the small, four-stringed instrument proved to be the unexpected, but welcomed vehicle to showcase the upbeat, rhythmic drive that is characteristic of her music. She was soon sponsored by KoAloha Ukuleles in Hawaii and started performing across the USA and internationally at ukulele and folk festivals. Now, she endorses several other independent luthiers and has become a household name at many ukulele festivals.

Vox is an award winning songwriter — including for songs she has written in French— (Independent Music Awards, 6-time WAMMIE winner, International Acoustic Music Awards, ADDYS, and has also donated songs to causes like the American Asbergers Association and the Duchenne Foundation. Her music has been used in indie films and featured on NPR's "To the Best of Our Knowledge".

Vox’s infectious pop-folk-jazz style has earned her fans who truly appreciate her art. She has fan-funded several albums and a songwriting project, where Vox hunkered down in 2012 to write a song a week for the year. The “52 Original Song Project” was preceded in 2011 with a YouTube “52 Cover Song Project” where she learned and memorized 52 cover songs.

In addition to her songwriting and ukulele playing, Vox has received praise for her “invisible” instrument: The Mouth Trumpet. She was invited to blow her own horn on the Jay Leno Show in 2009 and in 2015, Vox was featured on the front page of the Wall Street Journal as a leader in the mouth trumpet “revival” and performed live on air on KMOX’s Charlie Brennan show. She employs her mouth trumpet during musical breaks at her live shows and also includes it on her studio recordings, along with the real trumpet (which she also plays).

Vox now resides in Baltimore, MD and continues to tour to Europe, New Zealand, Australia, Canada, and across the US. Her 9th album, “When the Night Unravels” was released in January 2015.

“Vox is a romantic, a poet, and a ukulele lover, and [When the Night Unravels] is an album you’ll share with friends—whether they like ukulele or not.” - Ukulele Magazine

“Supermoon has you falling in love before the first minute of the track is through, with snaps and a smooth melody, prepping you for more Motown-inspired harmonies on the rest of the album. Vox’s ability to build these compositions around her ukulele creates a relaxed album that’s calming and sexy. There is so much honesty within the album’s musical and lyrical composure that it’s impossible not to get sucked in.” – What Weekly 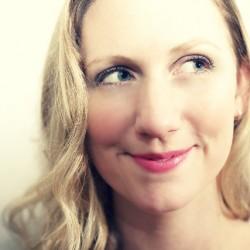