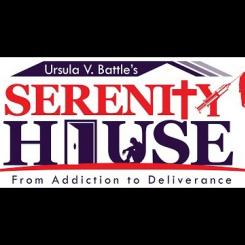 END_OF_DOCUMENT_TOKEN_TO_BE_REPLACED

Playwright Ursula V. Battle is the Founder and CEO of Battle Stage Plays. She is a native of Baltimore and an award-winning journalist and P.R. Professional. The goals of her stage play productions are to uplift, inspire, educate, and encourage through sidesplitting comedy, unforgettable storylines, riveting drama, soul-stirring singing, and powerful ministry.

Most recently, she was recognized by “Leah’s Book Club” as one of its 2018 honorees for women making outstanding contributions to their communities. In 2016, she was selected as the Newsome Awards’ “Playwright of the Year.”

Her productions, which also shed light on societal issues and struggles, have continuously drawn sell-out audiences and rave reviews, and include Ursula V. Battle’s The Teachers’ Lounge, My Big Phat Ghetto FABULE$$ Wedding, DisChord In The Choir, and FOR BETTER or WOR$E.

In August 2014, by popular demand, she brought back The Teachers’ Lounge, which featured nationally-known singer and actress D’Atra Hicks who has performed in several Tyler Perry stage play productions. Those performances also drew sold-out audiences and rave reviews.

Her highly-acclaimed work, Serenity House: From Addiction to Deliverance debuted December 2017, and returned by popular demand to Johns Hopkins’ Turner Auditorium June 2018. Both presentations played before sold out audiences. The groundbreaking production takes a riveting and thought-provoking look at the opioid epidemic Playwright Battle first book, Serenity House: From Addiction to Deliverance will be published in 2019. DisChord In The Choir will return by popular demand March 2019.

Playwright Battle also writes and presents theatrical productions through the church she attends. She considers her plays as a vehicle to preach God’s Word, and enjoys writing modern-day depictions of stories from The Bible. These presentations include The Crown of Glory & The Agony of Deceit, and her most recent work, A Christmas Miracle, which drew sell-out audiences in December 2018.

Playwright Battle is the recipient of numerous journalistic and creative writing awards, which include the Maryland, DC Press Association and Society of Professional Journalist Award, and “The NAACP’s Thurgood Marshall Community Leadership” Award. She is also a Broadcasting Institute of Maryland Hall of Fame inductee.

In 2013, Playwright Battle teamed up with Director Dr. Gregory Wm. Branch, in a partnership, which many have described as a “Theatrical Dynamic Duo.” She attends New Life Fellowship Worship Center in Pikesville, MD, and is the mother of three children. Playwright Battle’s favorite scripture is "For walk by faith, not by sight." (2 Corinthians 5:7 KJV) 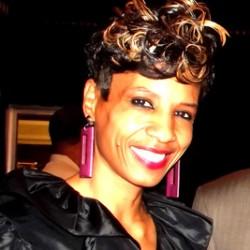