"And Now It Is, and There's Nothing Left To Say,"

END_OF_DOCUMENT_TOKEN_TO_BE_REPLACED

Stephen Nunns is the cofounder of the Baltimore theatre company, The Acme Corporation, where he has co-directed, arranged and adapted, composed music and designed sound for a number of productions, including Follow No Strangers To All The Fun Places (“Best Play – 2018,” Baltimore Magazine) Stranger Kindness (a “misinterpretation” of A Streetcar Named Desire, which received “Best Play – 2017,” from Baltimore City Paper) and the company's 24-hour production of Samuel Beckett's Play (“Best Production” - City Paper's Best of Baltimore 2013).

Before coming to Baltimore, Stephen lived in New York City for fifteen years, directing, writing, and composing music for theatre pieces at a variety of off-off Broadway venues, including HERE, The Ontological-Hysteric Theater, and Dance Theater Workshop. He was an associate artist at the seminal avant-garde theatre company Mabou Mines, where he created three theatre pieces, including the Obie Award-winning The Boys in the Basement.

He has been a professor at Towson University’s Department of Theatre Arts since 2006, where he teaches directing, history and theory and co-directs the MFA Program. He was also an associate editor at American Theatre Magazine from 1995 to 2000. He is the author of Getting Off: The Work and Life of Lee Breuer (TCG Books, 2018) and Acting Up: Free speech, pragmatism, and American performance in the 20th century (LFB Publications, 2011). 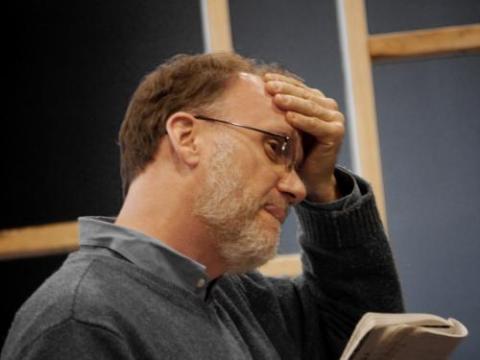