Rosalia Scalia has worked with local writers, Carla DuPree, Andria Cole, Susan Mauddi Darraj, Lalita Noronha, and Kendra Kopelke to help launch a more diverse offering of literary voices. Held that the Impact Hub, the event also included Songs by LEA and drew a standing-room only crowd of writers and readers, a more diverse audience than the usual folks who frequent literary readings.

END_OF_DOCUMENT_TOKEN_TO_BE_REPLACED

Rosalia Scalia is the author of a forthcoming book, Stumbling Toward Grace, a collection of short stories. A number of her short stories have been published in an array of literary journals, including but not limited to The Notre Dame Review, Amarillo Bay; The Baltimore Review; Blue Lake Review; The Oklahoma Review; North Atlantic Review; Pebble Lake; Pennsylvania English; The Portland Review; Quercus Review; Ragazine, Smile, Hon, You’re In Baltimore; South Asian Ensemble; Spout Magazine; Taproot; and Willow Review, among others. An early version of the first chapter of her novel in progress, Delia's Concerto, was one of seven finalists in a competition held by the National League of American Pen Women. A later version was published under the title "Soul Music." Her story, “Henry’s Fall,” was a finalist in the Gival Press Short Story competition, and her story published in Taproot won first prize in its annual literary fiction competition for 2007. Her story “Uncharted Steps” merited a 2010 Individual Artist Grant from the Maryland State Art Council. “Sister Rafaele Heals the Sick,” first published by Pebble Lake Review and nominated for a Pushcart Prize in 2005, appeared again in an anthology titled City Sages: Baltimore (CityLit Press, May 1, 2010), a collection of stories by 32 Baltimore writers, including Poe, Anne Tyler, and Alice McDermott, among others. Her story “You’ll Do Fine,” was a recipient of the Willow Review Award for the Spring 2011 issue, and an earlier version of her story collection, Stumbling Toward Grace, was a finalist in the 2013 Sante Fe Writers Project Literary Competition under the title of Sister Rafaele Heals the Sick.
Scalia and a group of women writers launched the Raising Our Voices: Womyn OutLoud platform to give more diverse writers a place to be heard, and she partnered with Rafael Alvarez to found the Ikaros Writers Workshop Project, a year workshop focused on the craft of writing for those who want to improve their writing skills.
Scalia earned a master’s degree in writing from Johns Hopkins University in May 2003 and lives in Baltimore, Md. with her family. 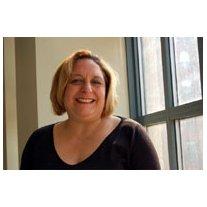