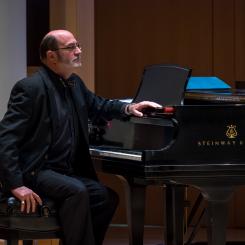 END_OF_DOCUMENT_TOKEN_TO_BE_REPLACED

Robert Hitz is a composer, pianist, and master teacher. He is the quintessential modern artist – his music spans genres and influences, and is open to all great musical ideas. Although classically trained at the Peabody Institute and Syracuse University, Robert began playing and composing through improvisation.

“Passion permeates his music – powerful” (L. Billingsly, RSI). Whether in live concert or his recordings, Robert is an engaging and lyrical performer. He has recorded 4 solo CDs and 3 collaborative CDs, and will soon record a collection of new compositions. Robert has received Meet the Composer and ASCAP grants. He is a member of ASCAP, NARAS, and serves on the executive committee of the Society of Peabody Alumni (SPA).

Robert has performed concerts in the United States and Europe since 1984. In addition to solo concerts he currently performs with the Numinus Trio composed of tenor Lee Moore and pianist Felicia Clarke. He will soon tour Connections, his latest inter-arts collaboration with moderator John C. Wilson. Based upon their highly successful Baltimore series, The Red Door is Open, this concept matches visual artists, the audience, and a moderator in a dialogue about the artworks, after which Robert improvises a response on piano.

As a composer, Robert has also written solo vocal and choral music. He was an officer and founding member of the Baltimore Composers Forum. Additionally he’s composed music for film and theatre.

Since 2000 Robert has operated the Robert Hitz Studio in Pikesville, MD, teaching piano, composition, improvisation, as well as vocal coaching. The decade prior he was partner and master teacher at Keyboard Arts in Columbia, MD.  He is a dedicated teacher of students ranging in age from 4 to 84 years, and works with individuals at all levels of training, from complete beginners to professional musicians. Robert strongly encourages and empowers individuals to create their own music.

The first rule of his studio is that "we will have fun. There is no point to making music if you are not enjoying yourself.” Further, he is committed to giving his students performance and recording opportunities. He abandoned the recital model years ago, and discovered that in regular performance individuals quickly learn to view themselves as artists, rather than as music students.

Starting under the rubric of Family-to-Family Concerts, Robert and his students premiered over 300 original compositions while raising more than $76,000 for local and national charities. More recently, the performance wing of Robert Hitz Studio has been presenting concerts, musical variety shows, and cabarets at venues ranging from his front lawn, to Christ Episcopal Church, Stillpointe Theatre Initiative, Germano’s Cabaret, and the Elkridge Club.

This past year has seen a flurry of recordings by studio members, under the artistic direction of Robert, and the engineering genius of Lee Moore. Robert not only encourages artist development for his students, he also supports their professional development  through audition preparations, audio and video recording, hosting online radio shows, and musical scores for film and games. 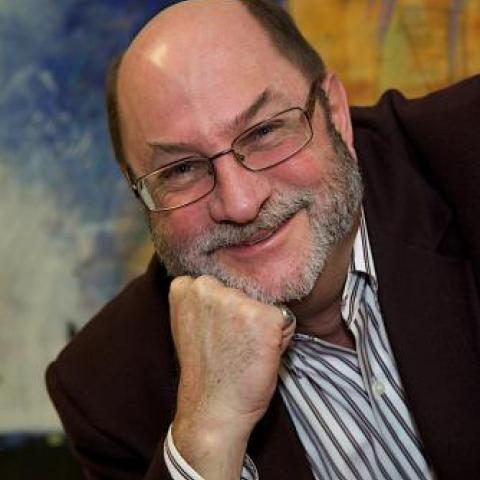