Raissa Contreras is an artist, filmmaker, and educator in Baltimore City. She has an MA in Film & Video from MICA and an MFA in Painting from the University of New Mexico. Her teaching and work are inter or multi-disciplinary and she has exhibited nationally and internationally. She was a 2019 recipient of a Maryland State Arts Grant for Media Arts.

Four of her films have premiered in LA since 2018 and have won numerous awards. Her most recent film, The Bel Loc Diner, premiered in LA at the historic Grauman's Chinese Theater with the Silicon Beach Film Festival last April 2019 and is slated to screen with the Hell's Kitchen NYC Film Fest in January 2020. It screened at the Anthology Film Archives, NY and in Las Vegas with the Silver State Film Festival where it received Best Cinematography for Short Documentary. Jaime and the Tamales had its international premiere with the L'Age D'Or International Arthouse Film Festival last May where it won Best Women's Film. It has also screened in New York and received Best Cinematography for Short Documentary with the Golden State Film Festival. Porkchop & the 28th St North Carolina Watermelons won the Audience Award in Miami and the Special Jury Award with the Southern Colorado Film Festival. A Great Day in Charm City is available on Amazon Prime. It recently screened in LA with the Marina del Rey Film Festival and was included with the Very Best of Experimental Films Anthology. Her films have also exhibited with MoMA, LACDA, the Bushwick Film Festival, the Short Film Corner at the Cannes Film Festival, Los Angeles Cinefest, Short to the Point Film Festival, Bucharest, Romania, The Cutting Room Nottingham, UK, the Puerto Madero Int'l Film Fest, Experiments in Cinema, the New York Short Film Fest, the Short Film Fest of Los Angeles, the Golden Gate Documentary & Fiction Fest, the Festival du Cinema de Paris and LED Artscape 2015.

Her drawings, paintings, photographs, & stills have exhibited in Los Angeles, New York, Baltimore, Washington, DC and New Mexico. Last year she had a one person retrospective at the West Gallery in Baltimore, and a film still from The Bel Loc Diner was included in Open Source, a group show, at Los Angeles Center for Digital Art. She has also shown with the Sideshow Gallery, Williamsburg, Brooklyn, Art Takes Miami/ART Basel, the See Gallery, Long Island City, the Brooklyn Art Library, the Austin Museum of Art, and the Hyde Park Art Center in Chicago. Her work is in private collections across the country.

She has taught film & media studies in the Electronic Media & Film Department at Towson University and in the Art & Art History Departments at TU, MICA, and Goucher College. She has also taught writing and civic engagement at the Community College of Baltimore County. She served on the film selection committee for the Le Petit Cannes Film Festival in May 2018 and for the Baltimore Women's Film Festival in 2009.

"I still believe in magic. I explore new - 21st century - techniques while preserving a connection with traditional methods and mediums for which I have a deep reverence. Each medium informs or is integrated with another. The 'projects' here are meant to show the evolution of my motifs." 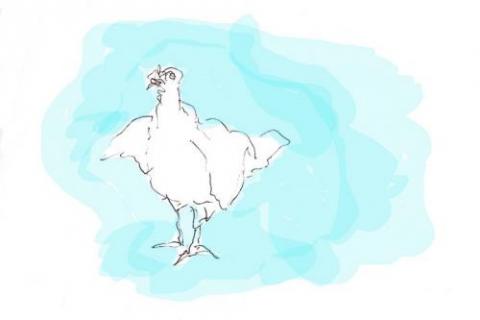