I am a Unitarian ex-nun lesbian grandmother...so I have spent much of my life confronting and trying to resolve conflict--in the context of a dramatically changing world.  Thus many of my  plays reflect a life-long obsession with values: how they are formed, challenged, changed; what happens when they are inadequate, misguided, conflicting.  The themes of my plays include faith and forgiveness, religion and repression, challenging authority and cherishing mentors, seeking justice and celebrating spirit.

​        Because the strongest--and equal--influences on my life and art have been my Catholic upbringing and the feminist movement, the conflict between these two is explored in a number of my works.  Perhaps ironically, this conflict has also developed my sense of humor, which informs not just my playful satires but also my serious dramas.

​        My work has been supported by a Kennedy Center Playwrights Intensive, by residencies at the Millay Artists' Colony (NY) and the Djerassi Resident Artists Program (CA) and by grants from the Pennsylvania Arts Council, the Maryland Arts Council (3 Individual Artist Awards and a Creativity Grant), the Deutsch Foundation (a Rubys and a post-Rubys R&D grant), the Shubert Foundation, the Mary Roberts Rinehart Foundation, and Warner Brothers.

I'm a member of  the Dramatists Guild, the Baltimore Playwrights Group, the Greater Baltimore Cultural Alliance, and the New Play Exchange.

​        I have a Ph.D. in Theatre Arts from the University of Minnesota, have taught at Towson University, UMBC, Goucher College and Johns Hopkins (Odyssey Program), and for seventeen years chaired the Theatre Department at Chatham University in Pittsburgh, where I directed some 40 productions.

​        I also have an M.A. in theology from the University of Notre Dame (IN) and have had seven op-ed pieces on seasonal rituals published in the Baltimore Sun.  My book ​In Nature's Honor: Myths and Rituals Celebrating the Earth ​was  published by Skinner House. 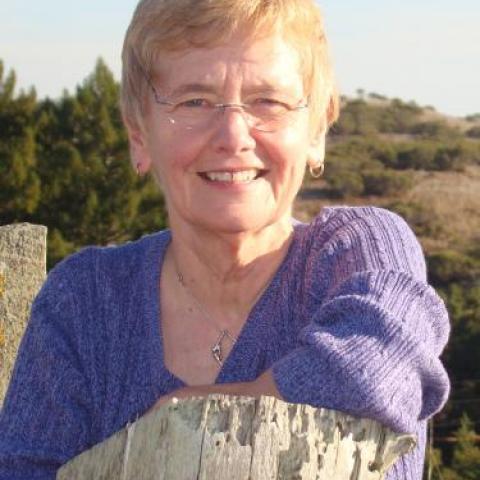