Matt Klos is a painter of interiors and plein-air landscapes. His works have been exhibited nationally and internationally and he was awarded Individual Artist Awards from the Maryland State Arts Council in both 2012 and 2008. Klos was awarded a five-week artist in residence award through MICA's Alfred and Trafford Klotz visiting artist program. His work was selected for a solo exhibition award at the Prince Street Gallery in Chelsea, NY in 2011 and he received an Elizabeth Greenshields Foundation Grant in 2001.
Klos teaches drawing and painting at Anne Arundel Community College and is currently on sabbatical working on two projects: the first project is to create paintings of the dozens of dilapidated buildings at the Fort Howard Veteran’s Facility in Edgemere, MD and the second project entails curating an exhibition entitled “A Lineage of American Perceptual Painting,” highlighting the works of the great American painter Edwin Dickinson and the generations of painters whom he influenced and inspired. Klos was a visiting artist at Towson University, University of Missouri, and Nebraska Wesleyan University in recent years. 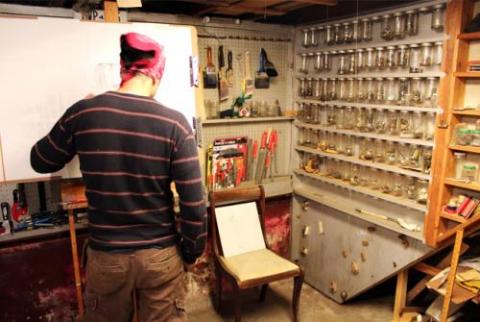