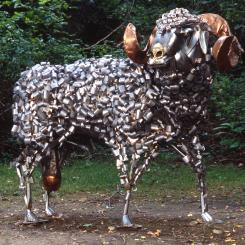 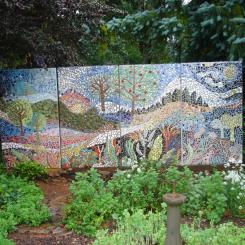 Mary Opasik is a Catonsville artist who has been making assemblage art with found and repurposed objects for thirty five years. Her found object legacy began as the daughter of parents who were recyclers long before it was publicly advocated.

Mary Opasik holds a BFA degree from Maryland Institute College of Art ( 1989) and is a graduate of  The Union Memorial Hospital School of Nursing (1970).   She worked as a registered nurse for eighteen years while attending evening art classes at MICA.  Her art has been exhibited in The Huntsville Museum of Art (Alabama), Coast Gallery (Pebble Beach, CA), the American Craft Council (Baltimore, MD) and in galleries extensively.

In May 2015, Mary Opasik was an Inside Zone artist-in-residence in Borsec, Transylvania, Romania. She was a grantee for The Alfred & Trafford Klots Residency Program at Rochefort-en-Terre (Brittany, France), the Fundacion Valparaiso (Spain) and the Vermont Studio Center (U.S.). The artist has participated in Maryland Art Place's Critics' and Residency Programs in 1991 & 1994 and has taught in numerous visiting artist programs. Her work has been  published in "Found Object Art" by Dorothy Spencer and "Found Object Art II" by Tina Skinner.

She has done community projects with children such as SERPENT FOR PEACE, an outcome of "Violent Toy Turn-In" and "New Ways to Play Day" in Howard County. The violent toy assemblage is on permanent display in the lobby at Children's National Medical Center in Washington, DC.  Mary Opasik is an ongoing participant of Nature Art In the Park in Baltimore, MD. 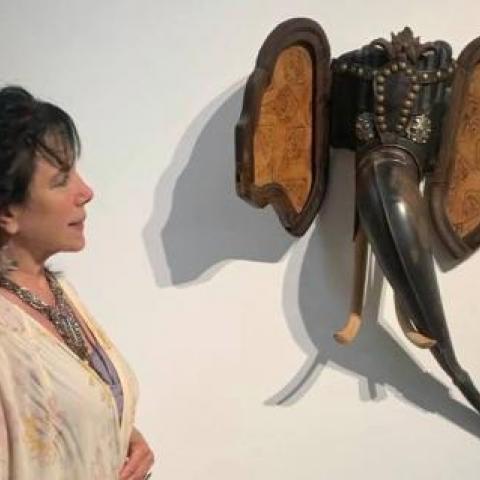