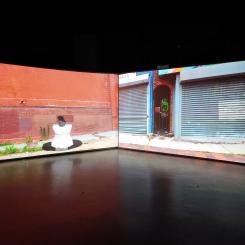 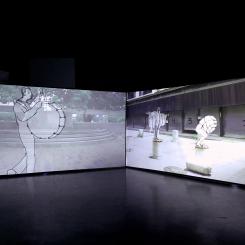 My practice in video and performance derives from an interest in how the body is informed by class, labor and mobility. This stems from my earliest years being raised  by domestic workers, who were relied upon for stability and support. Growing up, we moved across the country several times, following my father’s advertising career whose commercial car ads were filmed in remote Western landscapes.  These ads sponsored television Westerns influencing my impressions of the U.S. West; both how it was ‘won’ and, in-turn- how it was currently settled.  My earlier works focused on the contrast between an interior life informed by gender, and the mediated space of expansion and conquest as are portrayed in the cinematic ‘Western’.

As a young adult I worked a series of service jobs, donning company or corporate uniforms reinforcing a ‘worker’ identity creating distinctions between worker and customer. The spaces and the work done was circumscribed by physical redundancies in patterns of movement. After graduating from art school, I worked as a print designer in the fashion business.  My creative output consisted of creating repetitive prints for clothing, and over time, I saw the connection between these printed repetitions, the physical movement of the body, and the ways in which we are called upon to inhabit varying spaces, be they physical or digital.

In 2016, I relocated to Baltimore (from New York) to attend the Intermedia and Digital Arts Masters of Fine Arts program at UMBC. Much of my research consisted of working with students in the Dance Department exploring issues of power and exclusion. In January of 2021, my six-channel video installation work Spirits of Promise and Loss was part of a group exhibition "Codex" at the Center for Visual Art, Culture and Design, in Baltimore.  In June of 2022, I will have a solo exhibit of my work at the Peale Center, in Baltimore, featuring the video installation Journey of the Invader Spirit, generated during an artist residency in Brazil. During that residency I worked with the staff and a local Capoeira group to create the project.

My performance, video and film work have been exhibited and screened internationally in galleries, museums, and festivals including the Whitney Museum of American Art, the Brooklyn Museum, the Kunstlerhaus e.V., Hamburg, and CINESONIKA in Vancouver. Currently teaching at the Baltimore School of the Arts, I have been visiting faculty in Digital Arts at Pratt Institute, and Rutgers University. I have also been a Visiting Artist at the School of the Museum of Fine Arts, Boston, the University of Minnesota, and the School of the Art Institute of Chicago –among others. 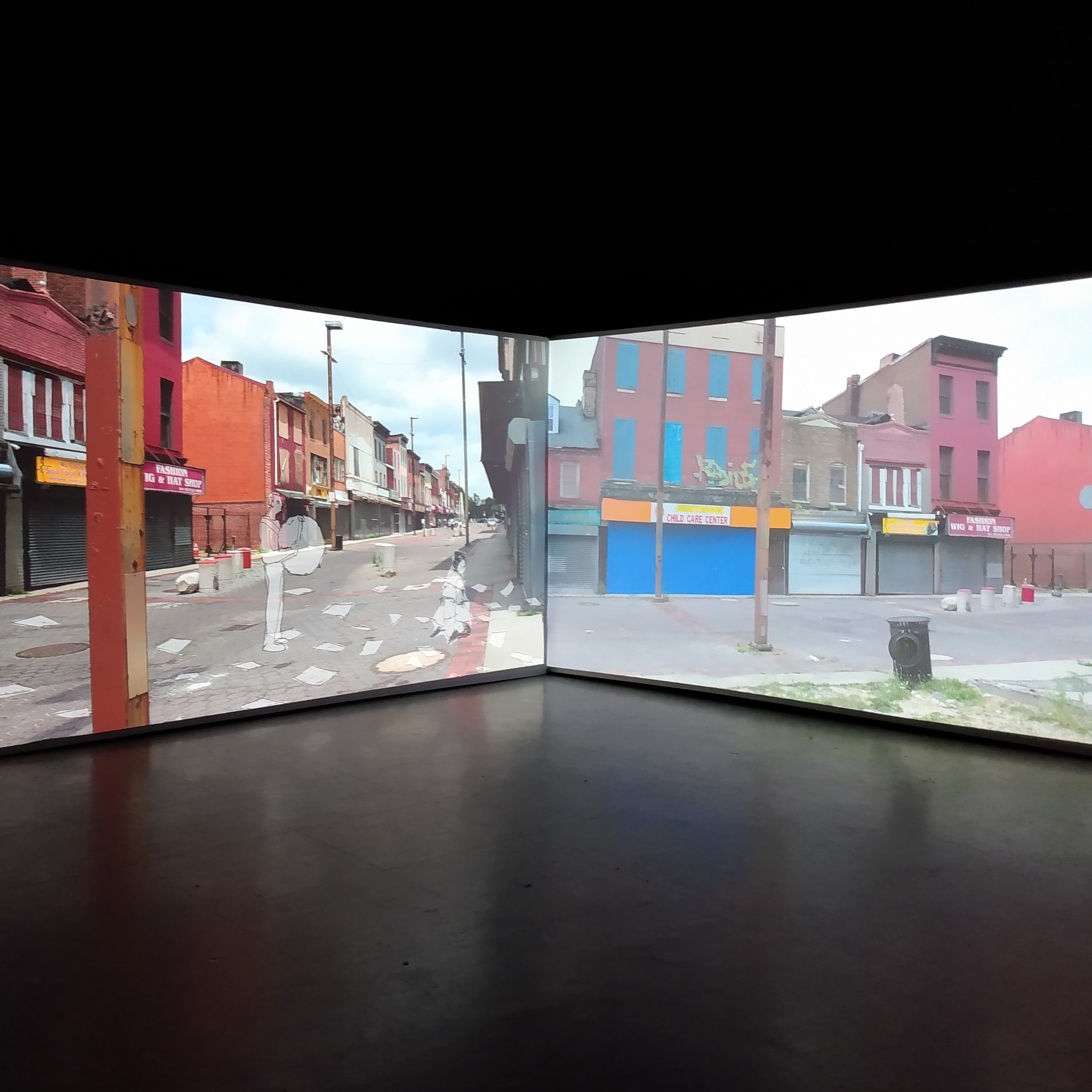 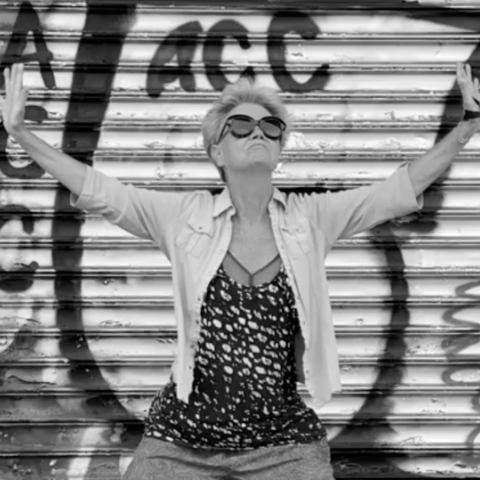