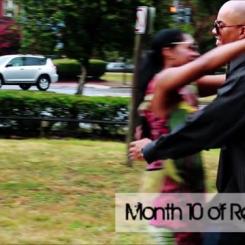 END_OF_DOCUMENT_TOKEN_TO_BE_REPLACED

Mahoghany Ayot Eerised, a native of Baltimore, has always had an undeniable passion for captivating audiences at an early age and is still going strong. At age 3 her grandmother said emphatically “Put that girl in something!” but it wasn’t until much later that she broke into the world of show biz. No stranger to hard work, Mahoghany has been quite busy utilizing her talents performing at an array of different venues from poetry events to stage plays to the big & small screen & shows no signs of slowing down. After many years of a lucrative career in cosmetology, traveling extensively while styling hair and make up for photo shoots, weddings, pageants and the like there was still more that Mahoghany desired to do.

​S​o in 2004 she wrote, directed, produced & starred in her very first stage play Love Laugh & Live to Create. “I learned so much doing that time. I kept experiencing what I call “A GOOD TIRED” because it was literally non-stop but I accepted it with all humility because that's what it takes to be great. I want to be one of the best to ever grace the stage/big or small screen. I want to deliver performances that are worthy of an OSCAR! I'll never stop learning and growing and evolving as a person or an artist. No matter how many goals I accomplish I’ll work that much harder in hopes that my efforts will uplift & inspire others.”

The talented and versatile actress is fueled by her passion to succeed as she builds an artistic legacy that she hopes will motivate others to dream big and feel alive. On and off stages she has continued to make important contributions throughout her journey while positively impacting others with projects such as Beautiful Eclipse, a documentary about those who love the color of their skin. Mahoghany also introduced the world to her second theatrically self produced work Happiness For Survival that speaks to the importance of sisterhood and friendship. Mahoghany’s talents include but are not limited to acting, spoken word/poetry, hosting, song writing, dance, narration, creative writing, storytelling & directing.

"& REMEMBER NO MATTER WHETHER YOUR POCKETS ARE SUPER PHAT OR FLAT BROKE YOU CAN ALWAYS AFFORD TO GIVE SOMEONE A SMILE SO LOOK OUT…PEACE!!" 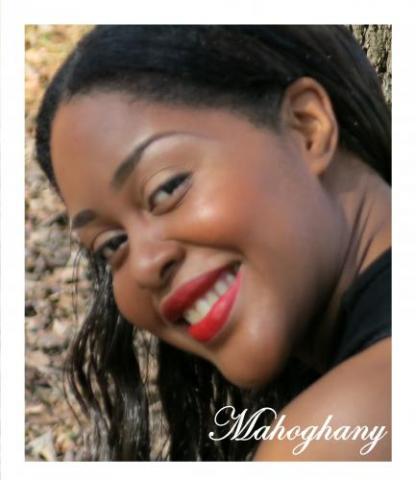